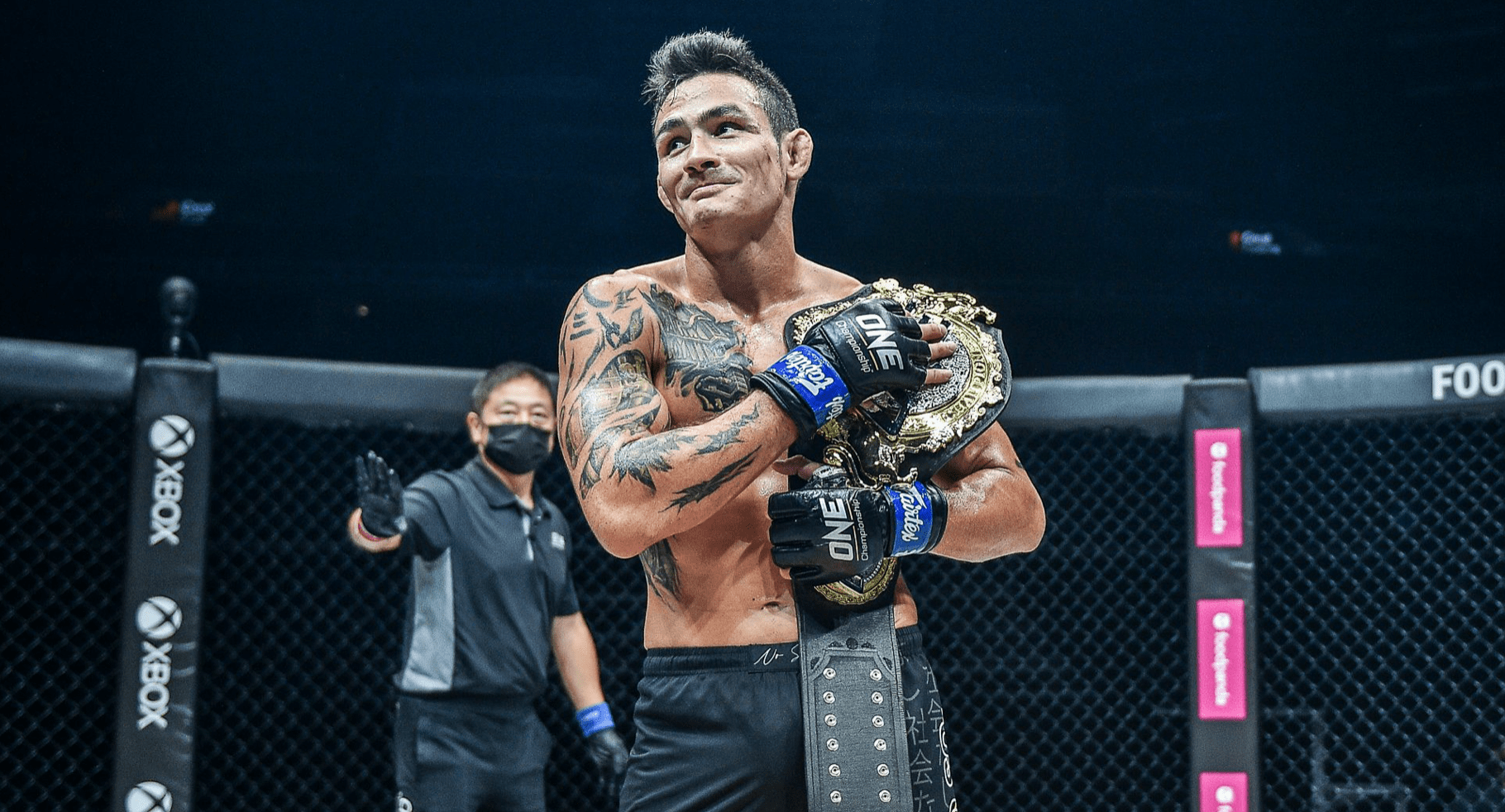 ONE: Inside The Matrix ended with a bang last night. Of the four title fights featured, two saw titles changing hands. This included Thanh Le defeating Martin Nguyen to become the new ONE featherweight champion.

Heading into the fight, Le sported an 11-2 record and was 3-0 inside the ONE Circle. On fight night, he extended his finishing streak to four. Speaking exclusively to Asian Persuasion MMA, the 35-year-old said he is glad his hard work has finally paid off now that he is the ONE featherweight champion.

“I feel like it’s been a long time coming,” said Le. “It’s been a lot of hard work and a lot of sacrifices. It’s great to be able to hear those words and have a good performance like I did last night.”

Ahead of the fight, Le was confident that he could take the belt away from Nguyen, and went as far as to say that he would knock out “The Situ-Asian”. It all played out exactly as he said it would, and the new champion couldn’t be happier.

“It’s still just as satisfying and gratifying,” Le said. “But it’s still a great feeling whether you think you belong there. Obviously, we felt we belonged there for a long time. It was nice to be able to go out there and show it last night. We’ll keep doing it.”

“Running Into A Lot Of Shots”

Keeping his promise, Le was constantly on the move for most of the fight. And like he expected, Nguyen became frustrated and started throwing big shots. This proved to be his downfall, as it opened up the opportunity for a knockout for the Vietnamese-American in the third round.

“I felt the first two rounds went really well,” said Le. “I was doing a lot of movement and a lot of landing shots, working the games that wanted to work. Martin was doing a really good job of putting some pressure on, but he was making me move. But he was really running into a lot of shots.

“Come the third round, he was really opening up and putting the pressure on. And he started landing a couple of shots. I was making sure I had to take some power off of all his heavy shots because you can’t take one of those. Third round, he started to put the pressure and landed a couple of shots. The upside to that is he’s really starting to get his momentum going. The downside to that is he’s starting to be in my power zone and starting to open up a little bit, which gives him my opening. Landed a couple shots there and it ended up working out really well.”

For the most part, the fight went pretty much as Le expected. The new champion was anticipating a lot of pressure from opponent, but ultimately, sticking to the game plan paid off for the new champion.

“I thought Martin was going to be a little more standoffish to start the fight but we were ready for the heavy pressure, because of the camp and the ideas,” Le said. “I try to understand teams and what they might think of doing. I was expecting a little more shifting from Martin. That didn’t happen as much, but the pressure was there.

“I thought that pressure was gonna come more along the lines after the first round, maybe two or three. And then some heavy, heavy pressure that he brought in the third, I thought that wasn’t gonna come until the fourth and fifth round. So it was as we expected, just a little sooner than we thought. We had to make sure we took advantage, do our game plan. We were ready for anything.”

“We Gotta Capitalise On The Opportunities”

For a moment, the fight looked to be over for Le in the third round. Nguyen came out swinging with his dangerous right hand, which found its mark multiple times. Where many opponents have gone down from the 31 year old’s biggest shots, the Mid City MMA representative’s chin held up and he powered on. Ultimately, he found a chance to turn the tables on “The Situ-Asian” and snagged his own knockout victory, courtesy of a flurry of fists.

“I knew that my opportunity was going to open up from all those heavy shots that he was trying to land and throw,” said Le. “I can’t go there and expect to fight a five-round fight against a world champion that’s been champion for years and has defended his belt multiple times against great guys and not get touched.

“He’s going to have momentum in his favour at certain times of the fight. It’s just when that momentum gets in his favour and he starts to open up, that’s the time to capitalise and that’s what we did.”

While Le did promise an entertaining and action-packed fight, he did admit that there were several moments that were too close for comfort. At the start of the third round, it seemed like Nguyen was in control. However, the 35 year old was able sway the momentum in his favour, and scored the knockout.

“It was a little more wild than I wanted,” Le admitted. “But I hit him with that right hand, dipping out and slipped his big right hand that stumbled him against the cage. Once I smell blood, it’s finish time. And I tend to do that decently well.

“So I went in there and started swinging the hammers. That’s a good time for me to trade in the pocket with guys because he’s not Martin anymore, he’s 60-70% of what Martin was because of the shot that wobbled him. At that moment, we can start letting the shots go. We can plant our feet and let the shots go left and right. We ended up stumbling around like two deer on ice. As soon as we popped back up, I landed a heavy left hand that put him against the cage. And then that right, 45-degree uppercut really finished the fight. Those were two hard shots.”

The fight really did live up to expectations, with the two elite strikers converged in the ring for the featherweight title. Big shots were thrown and it ultimately ended with a knockout. Le had to seek medical attention for his hands after the fight.

“My hands are all jacked up,” said Le. “But nothing’s broken. Just sore. He landed a good inside leg kick, I felt that a little bit last night. I think I landed a couple of kicks to his elbow, so a little bit on the foot. Like really nothing, just sore. Had a good war with the guy. Hands are a little beat up, that’s about it.”

As the new ONE featherweight champion, Le will no doubt have lot of hungry contenders lining up in front of him. The question is, who is next for him? Now that he holds the title belt, he simply wants to face the best challenger there is.

“We’ll go back and discuss it with the team,” Le said. “We want to make smart decisions and really face the greatest opposition possible. I’ve made mentions of going up in the division, I’ve made mentions of wanting to rematch Martin in Vietnam, and we have a possible title contender fight coming up. So those are a lot of options that we want to take a look at. I really want to fight the best guys in the division.

“This belt gives me that opportunity. It gives me the chance to see who the biggest challenge is for me and fight that guy; whether that means going up a weight class, whether that means doing a rematch with Martin in Vietnam and fighting this man again, since it was such a tough fight, or seeing who the next guy in line is. I’m open for it all. I’m going to end up doing it all. But we’ve gotta see what we wanna do next.”

Who would you like to see Thanh Le defend the ONE featherweight title against next?