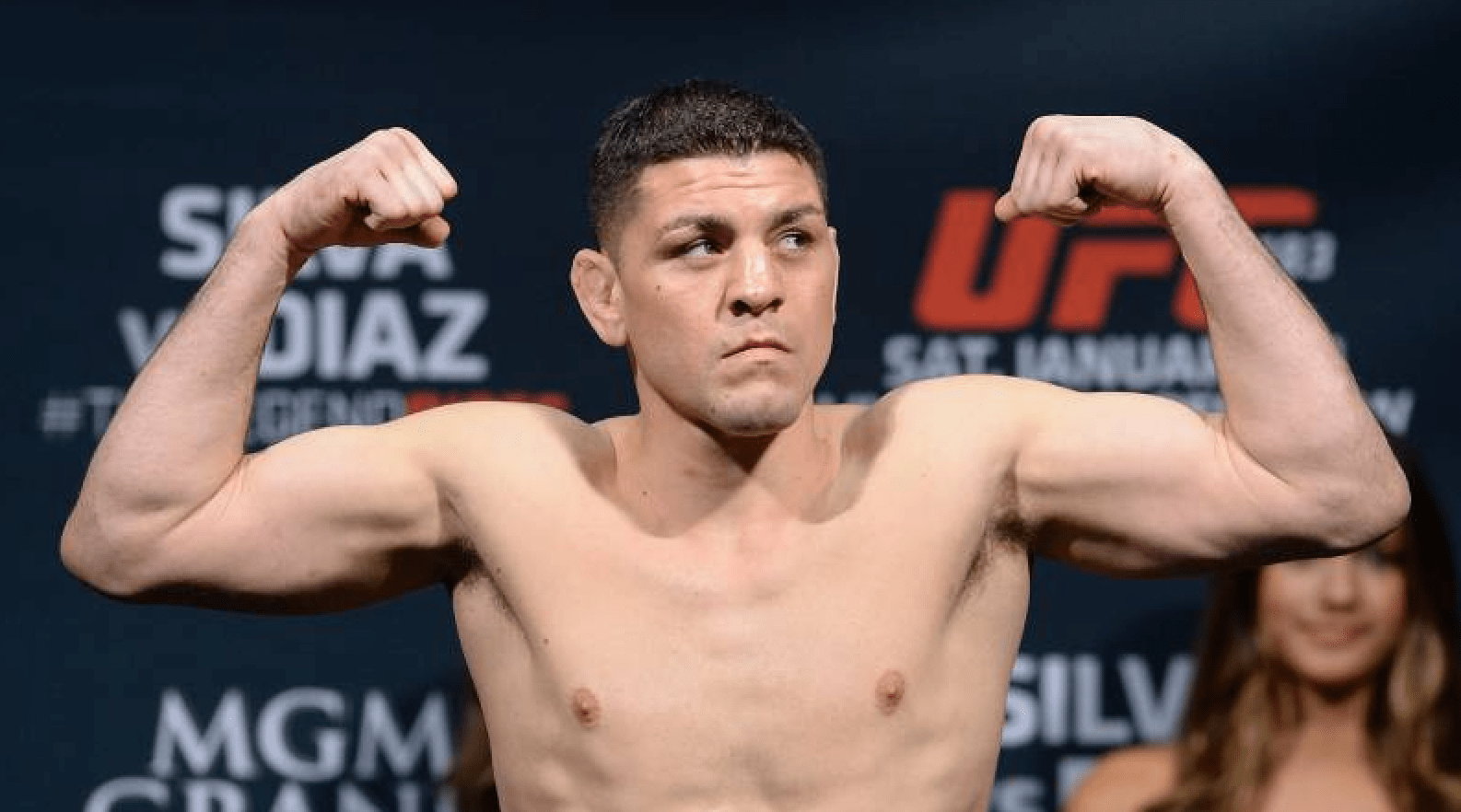 Even though it is not common, backstage brawls do happen in MMA. After all, these are fighters we are talking about. From Leon Edwards receiving a ‘three piece and a soda’ from Jorge Masvidal, to Mark Coleman throwing Joe Rogan around, the UFC has had their fair share of backstage brawls. And this story is about the Godfather of all backstage brawls, Nick Diaz.

The story comes from Johny Hendricks’ long time nutritionist Mike Dolce. Speaking on a video posted on his YouTube channel (as transcribed by BJPenn.com), Dolce revealed a story never heard before. A story about Nick Diaz trying to jump Johny Hendricks in a parking lot outside a UFC event.

It all happened at the weigh-ins of UFC 171, where Hendricks went up against Robbie Lawler in the main event for the vacant UFC welterweight title. As it is well known, Johny has a though time when it comes to making weight. And in this scenario it was the same. When ‘Bigg Rigg’ stepped on the scale he was half a pound over. And guess who was there in attendance to witness this, the Diaz brothers.

“So Johny is a little bit over, they announce he’s a half a pound over, he gets off the scale, he walks over, he does the little face-off with Robbie, it’s no big deal. We get off, everyone wants to do media and I say guys, leave us alone. We have work to do. We’re still working right now, please leave us alone. We’ll be back in an hour to make weight, then you can talk and ask any question you want.”

Hendricks and his team then set off to a facility across the street to shed the extra weight. Until they were interrupted by Dana White’s personal body guard.

“As we’re walking through the parking lot, Dana White’s personal body guard comes running over, and he’s f***ing massive. Like an NFL linebacker, like 6’6”, 300 pounds, ripped, in shape, yolked, big f***ing Hawaiian dude. He’s like ‘Dolce, Dolce, you can’t go man, you’ve got to be careful! Nick Diaz is looking for Johny, he wants to fight him!’ I was like ‘what? What are you talking about?

“We’re going to finish cutting half a pound of f***ing weight, and we’re like ‘Oh f***, Nick Diaz and all the 209 boys are about to jump us in the f***ing parking lot — like during the f***ing UFC weigh-ins. So we snatch up all our gear and we’re like we gotta get the f*** out of here before these boys figure out it’s us. So we’re like running with our gym bags and our gear, running through the parking lot, run across the street, get to the place we’re going. We’re like ‘that was f***ing crazy.’”

Infamous for fighting Joe Riggs in a hospital and his part in the Nashville brawl, this is not totally out of character for 209’s Nick Diaz, who hasn’t fought in over five years.