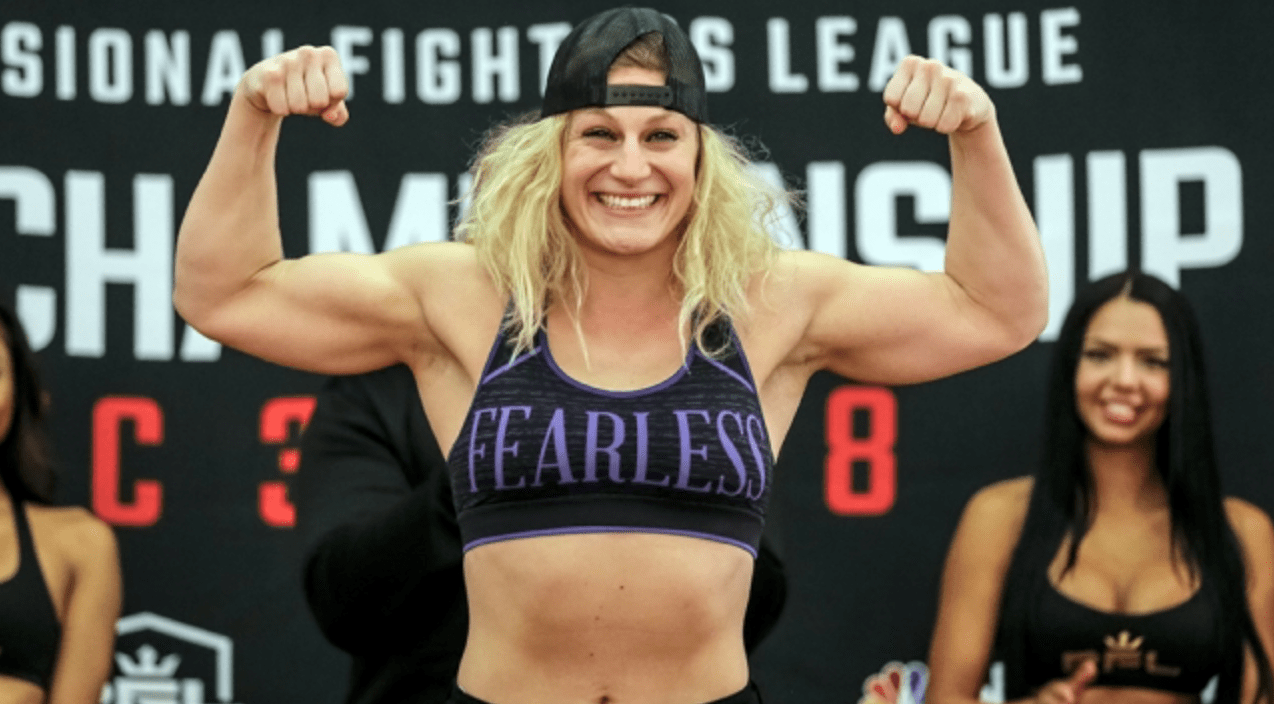 The Professional Fighters League (PFL) has unveiled the line up for its women’s lightweight division. It will have eight competitors battling out for the $1 million prize at the end of the season.

Kayla Harrison and Sarah Kaufman are the two stand out stars confirmed to take part in the eight woman tournament. Harrison is a two time Olympic gold medalist in judo and has an unblemished MMA record of 3-0. All three wins coming by way of a finish in PFL’s first season, last year.

The PFL has a completely unique format. Competitors gain points for wins and can earn bonus points for early finishes. The fighters with the most points at the end of the season move on to the playoffs. The season will start on May 9th, with the PFL Championship going down on New Year’s Eve.

“PFL is the only major MMA organisation with a women’s lightweight division. Fans are going to love this talented group of women athletes competing for a world title and the $1 million prize. Kayla Harrison is a US household name and the favorite heading into the season, but she’ll be facing strong competition from around the world, including top fighters from Brazil, Canada, New Zealand, and Russia who want to enforce their will in the cage.”