The UFC To Crown A New Flyweight Champion 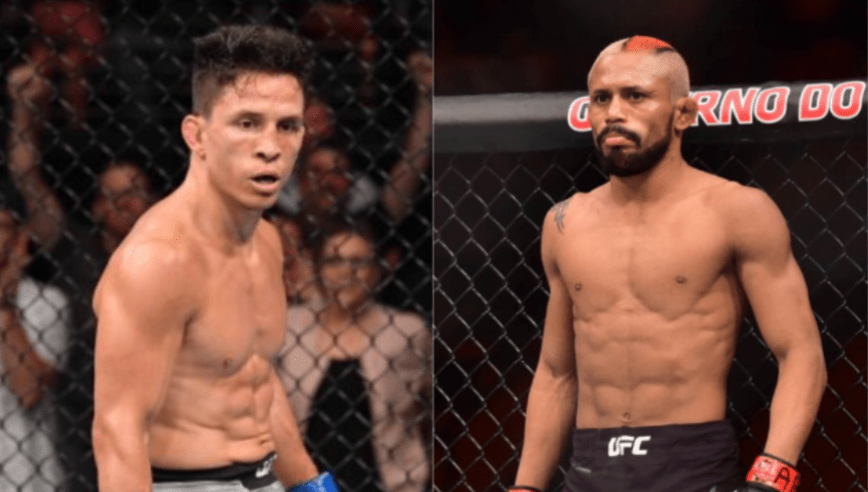 Henry Cejudo is no longer the UFC flyweight champion. BJPenn.com first reported the story, which has now been confirmed. Joseph Benavidez and Deiveson Figueiredo will now fight for the 125lbs title.

Cejudo won the title in August of 2018 at UFC 227, when he defeated long time champion, Demetrious Johnson via split decision. He then knocked out the then bantamweight champion TJ Dillashaw, in just 32 seconds at UFC Brooklyn at UFC Brooklyn in January.

After stating that he had saved the UFC flyweight division by beating Dillashaw, Cejudo went on to beat Marlon Moraes at UFC 238 to win the vacant bantamweight title. And in doing so, ‘Triple C’ was born.

However, ‘Triple C’ is no more. Cejudo hasn’t fought since UFC 238, due to surgery on his left shoulder. While he professed to being the saviour of the UFC flyweight division, the 32 year old has called out only bantamweights since becoming the two division champion.

Although Cejudo relinquishes the 125lbs title, the fact that the UFC is looking to crown a new champion, would appear that the former Olympic gold medalist did in fact save the division.

It is believed that the UFC is targeting UFC Norfolk on February 29th, for the UFC flyweight title fight between the number one contender Joseph Benavidez, and the number three ranked Deiveson Figueiredo.

Benavidez is on a three fight winning streak and is fresh off second round TKO win over Jussier Formiga at UFC Minneapolis. Figueiredo has won his last two fights, scoring a unanimous decision win over Alexandre Pantoja at UFC 240 and submitting Tim Elliot in October at UFC Tampa.

35 year old Benavidez and 31 year old Figueiredo were scheduled to meet each other in January, at UFC 233. However, the card was postponed and the UFC decided to match them up with different opponents instead.

Who do you think will be crowned the new UFC flyweight champion, Joseph Benavidez or Deiveson Figueiredo?