The World Lethwei Championship To Return With WLC: Hideout Battle 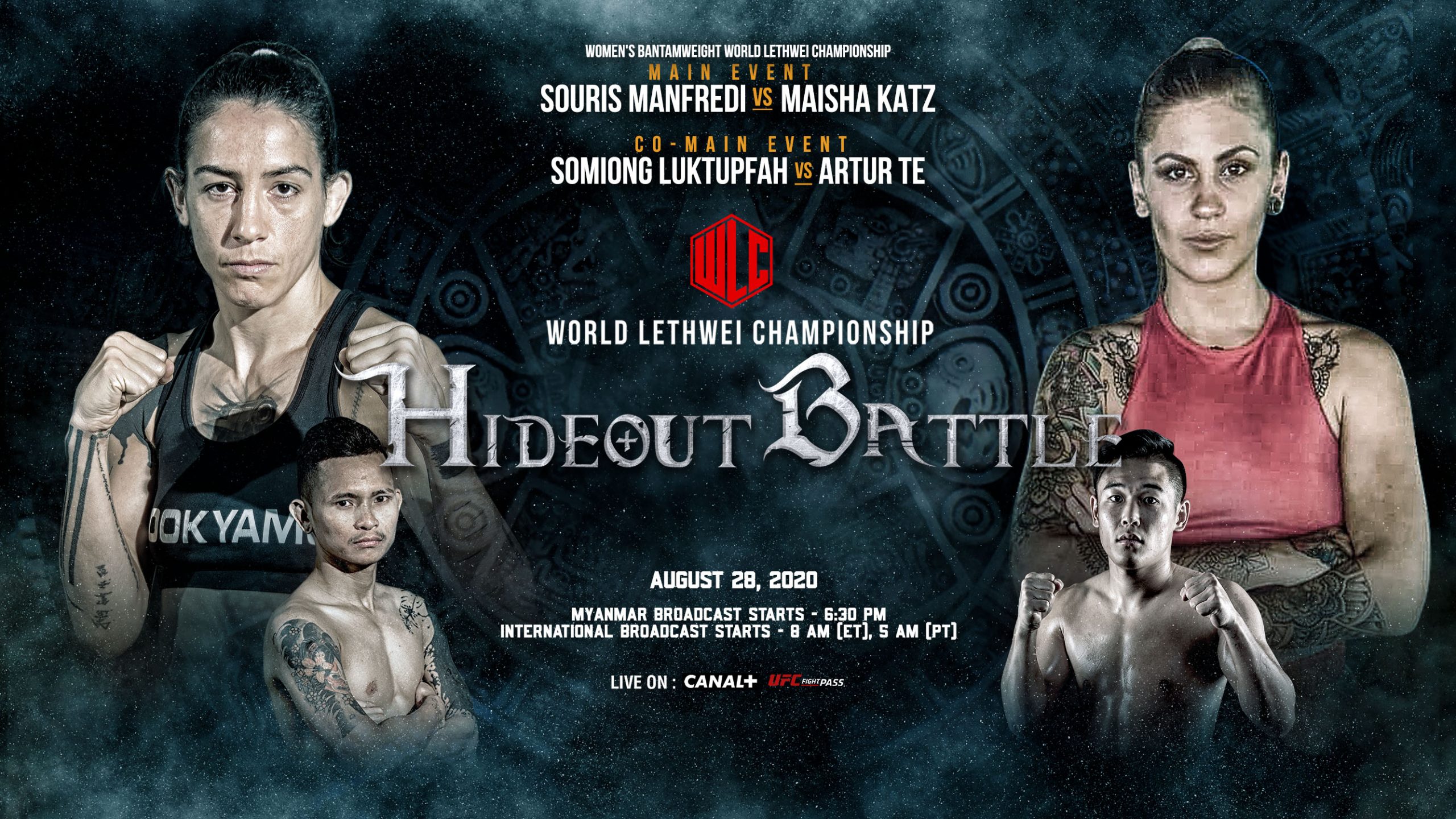 The World Lethwei Championship (WLC), is set to return on August 28th with an international event behind closed doors. WLC: Hideout Battle will feature the inaugural women’s bantamweight title fight on the line in the main event. Competing for the belt will be France’s Souris Manfredi and the former WBO Muay Thai title challenger Maisha Katz, from Spain.

In the WLC: Hideout Battle co-main event, Myanmar fan favourite So Mi Ong Luktupfah will return against Artur Te of Uzbekistan, in an exciting bantamweight contest.

WLC chairman Zay Thiha said that he’s excited to return after a seven month hiatus, as a result of the global coronavirus pandemic.

“We are excited to announce the return of world-class lethwei action on August 28th. With our new broadcast partners, for the first time ever, World Lethwei Championship will be available in more than 100 countries. I am also very excited to crown the first ever female lethwei world champion in history! Both female athletes are the best in the world and to be able to showcase female athletes in lethwei is one of our organisational goals!”

Souris Manfredi will be looking to become the WLC’s first ever women’s bantamweight champion, having already become the first woman in WLC history to score a knockout in the promotion. The 32 year old French fighter, who now resides in Thailand, has wins under her belt against Eh Yanut of Cambodia and Tran Thi Lua of Vietnam.

Maisha Katz has already made a name for herself in Muay Thai, winning 17 of 20 fights. Now the Spanish bantamweight, who also trains in Thailand, will look to win WLC gold in her lethwei debut.

So Mi Ong Luktupfah scored a second round knockout over Sok Rith in his WLC debut earlier this year at WLC: Battlebones.

Artur Te is a former Max FC kickboxing world champion in South Korea, where he originates from. Although he now represents Uzbekistan.

WLC: Hideout Battle will air on August 28th at 6.30pm Myanmar time (5am Pacific Time, 8am Eastern Time, 1pm London Time) and will be available on UFC Fight Pass, Canal+. As well as many more broadcast partners across 100 countries.