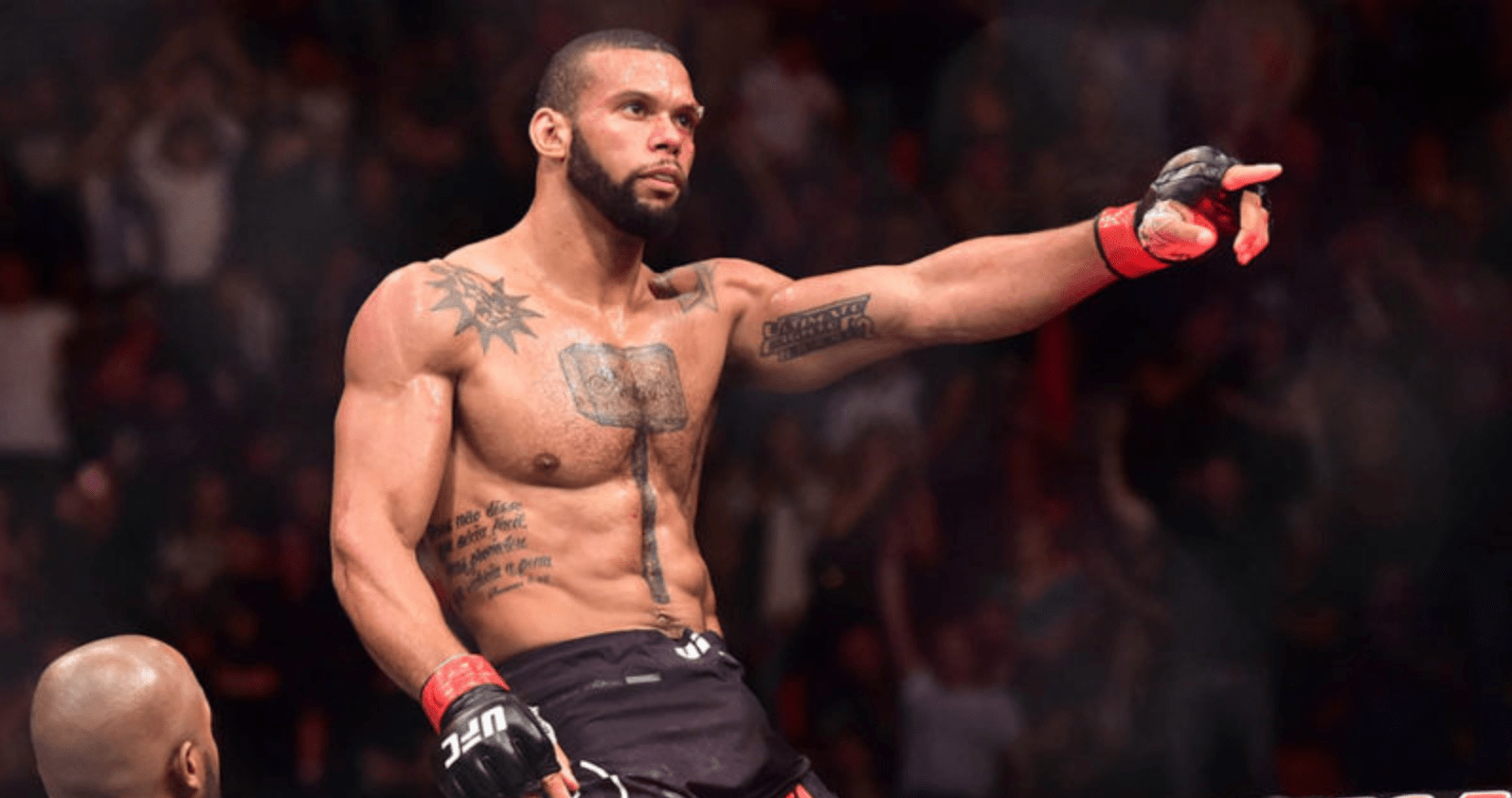 Israel Adesanya is coming off a successful defence of his UFC middleweight title at UFC 248. But while there was a huge amount of hype going into his fight with Yoel Romero, the MMA world was left disappointed after witnessing one of the least eventful title fights in UFC history.

And now you can add Thiago Santos to the list of fighters to have expressed how disappointed they were at the highly anticipated matchup between Adesanya and Romero. Speaking to MMA Fighting, ‘Marreta’ said that he believed the Cuban won the ‘horrible’ fight.

“Yes, Romero won that fight,” Santos said. “Horrible… horrible. Horrible fight. There’s not much to say. Especially his part. Romero did his part. Romero moved forward, tried to bring more of a fight, but the champion was very conservative, so it was a boring fight to watch.”

One of the main arguments for ‘The Last Stylebender’ winning was that as challenger, it was up to Romero to take the fight to Adesanya. Santos disagrees however.

“It bothers me. That’s totally wrong, man,” he said. “Does the champion enter the Octagon with the belt around his waist? So tell him to enter the Octagon with the belt. They both enter without the belt and whoever wins will have the belt. People have to stop seeing the champion as he already has the belt. ‘Oh, if it’s a split [decision] it’s for him, the challenger has to do twice more to win.’ Why does the challenger have to do twice more? So make it a rule. It that’s not a rule, it shouldn’t happen.

Santos knows all to well what it’s like to lose a close five round fight to the champion. The Brazilian fought Jon Jones for the UFC light heavyweight title at UFC 239 and lost via split decision. The consensus on the night was that Thiago simply didn’t do enough to take the title from ‘Bones’. The 36 year old disagrees that the fights were similar however.

“I can’t say that, man, because my fight wasn’t blatant,” Santos said. “You can’t say I was robbed in my fight. It was very close, there’s no other way, but the Romero fight, I think Romero clearly won.”

Thiago has called out the middleweight champion in the past and would still like to lace ’em up for Adesanya. He stated that he would have no problem moving back down to fight him at middleweight.

“It can definitely happen, yes,” Santos said. “To save an event or for a super fight. I don’t have any problem moving down or up. But the division where I’ll stay, which I feel better and healthier, is light heavyweight.

“I would fight [Adesanya], no doubt, at middleweight or light heavyweight. He already said he wanted to move up one day, so it doesn’t matter. I’d fight him, for sure.”

Santos hasn’t fought since his heroic effort against Jones, as a result of tearing his ACL, MCL, PCL and Meniscus in the process.

Do you agree with Thiago Santos? Do you think Yoel Romero was robbed against Israel Adesanya?