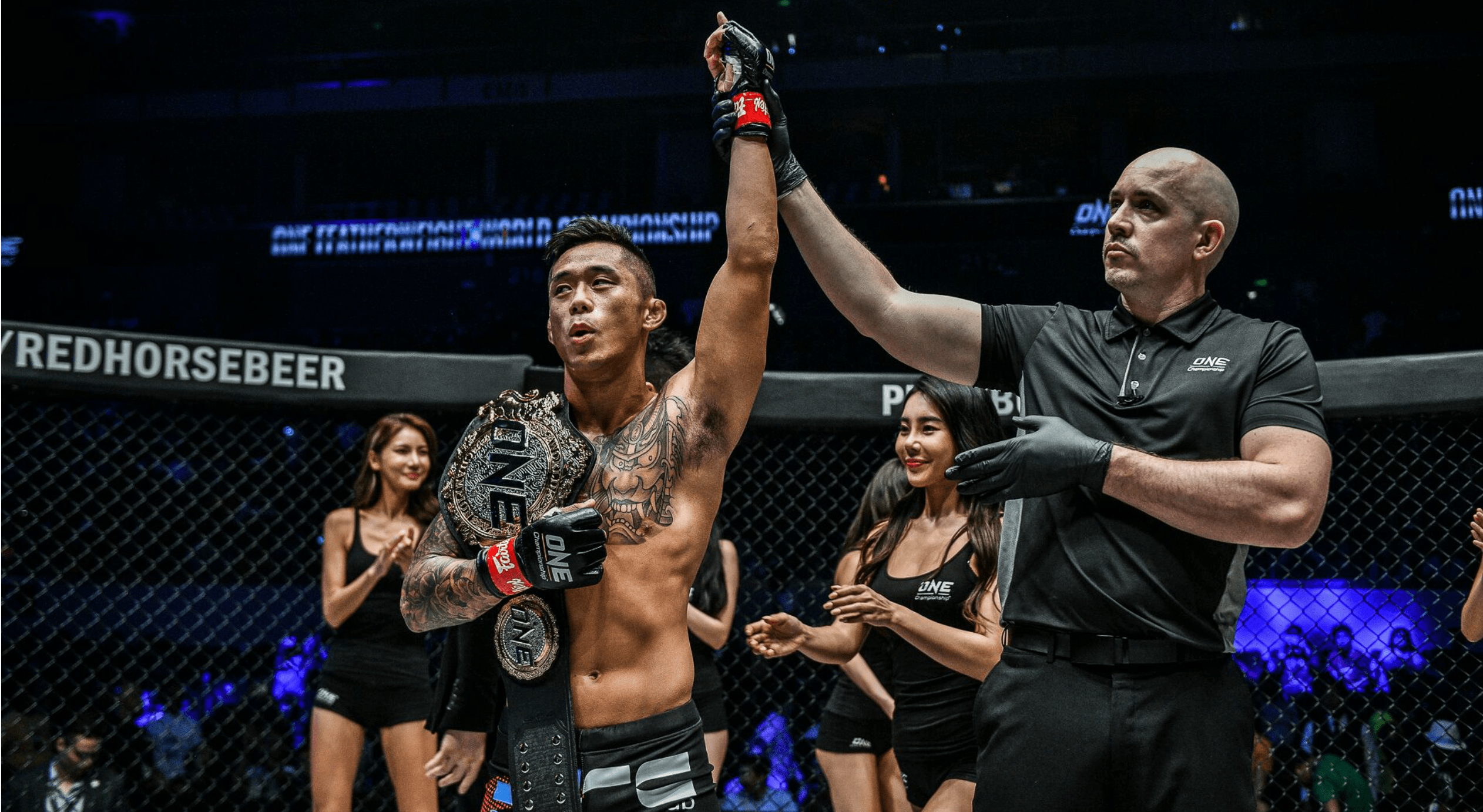 Martin Nguyen is set to defend his ONE featherweight title against Thanh Le in the upcoming months. Prior to the global coronavirus pandemic, a title match between the two had been in the works, but had to be placed on hold.

“You Know Who I’m Fighting”

However, earlier this month, ONE Championship CEO Chatri Sityodtong confirmed that the featherweight title fight is being rescheduled. On hearing the news, Nguyen headed straight back to Florida to resume his training at Sanford MMA. Speaking to Nick Atkin of SCMP MMA, the reigning champion said he’s just waiting to find out the exact date.

“We’re not allowed to say it until ONE Championship announces the fight, but you know who I’m fighting, man,” Nguyen said. “It’s already out there, it’s just a matter of when. We’ll wait until Chatri says something.

“I‘ve got the same hit list, man. I’m here to fight anyone they put in front of me. It’s not a ‘no’ coming from my end, that’s the main thing they gotta know – once the fight is offered, I’m never turning it down. If it’s within the featherweight division, I’m signing on that dotted line.”

With training camp in progress, Nguyen is currently living with his close friend Aung La Nsang. ‘The Burmese Python’ is scheduled to defend his middleweight title against Reinier de Ridder next month.

“He does look after us, man, he’s our big brother, so it’s good to be back here,” Nguyen said. “It’s all good vibes, all positive vibes. We’re all here for a purpose – it’s basically a fight for our families, so here we are.”

Nguyen’s last two training camps have ended without any fights. He’s hoping this one will finally conclude with the much-anticipated title fight with Le.

“I don’t try to stress over things I can’t control. I did get better and that’s the positive out of it, and now I’m here for the third camp, so we’re just continuing on.”

ONE Championship recently returned with six local events in Bangkok, Thailand, during which Chatri announced the return of international events from next month. Nguyen hasn’t fought for over a year, but he’s taking the positives out of the time away from the ONE Circle.

“It was good, it was much needed,” Nguyen said. “I didn’t stop training but it wasn’t the same intensity, wasn’t as tough as it is here. So in a way my body could heal up all the niggling injuries that I had and I’m back to 100 percent. The camp’s only two weeks strong now, realistically a week, but it’s coming along real well.”

During his time back at home in Australia, ‘The Situ-Asian’ had the opportunity to train with Alex Volkanovski, as part of the UFC featherweight champion’s training camp ahead of UFC 251.

“We had a few training sessions together,” Nguyen said. “Alex is a very nice guy, a very hard worker, his work ethic speaks for itself. This is why he’s the champ in that organisation. He won’t take no for an answer – whatever his coach says, he does it and goes beyond, so it was a blessing to spend time down at Freestyle Fighting Gym. I got a good understanding of where my skill set stands between us, and it was all positive vibes.

“Not only that, it was good to mix it up with other athletes as well. We had Joshua Culibao, Trent Girdham, all up and coming fighters in Australia. It was good to share some experience and gain same experience. There was no malice in there, not everyone trying to take each others’ heads off. We all pushed each other to the point where we were getting better and better.”

Will Martin Nguyen retain the ONE featherweight title against Than Le when they finally meet inside the ONE Circle?