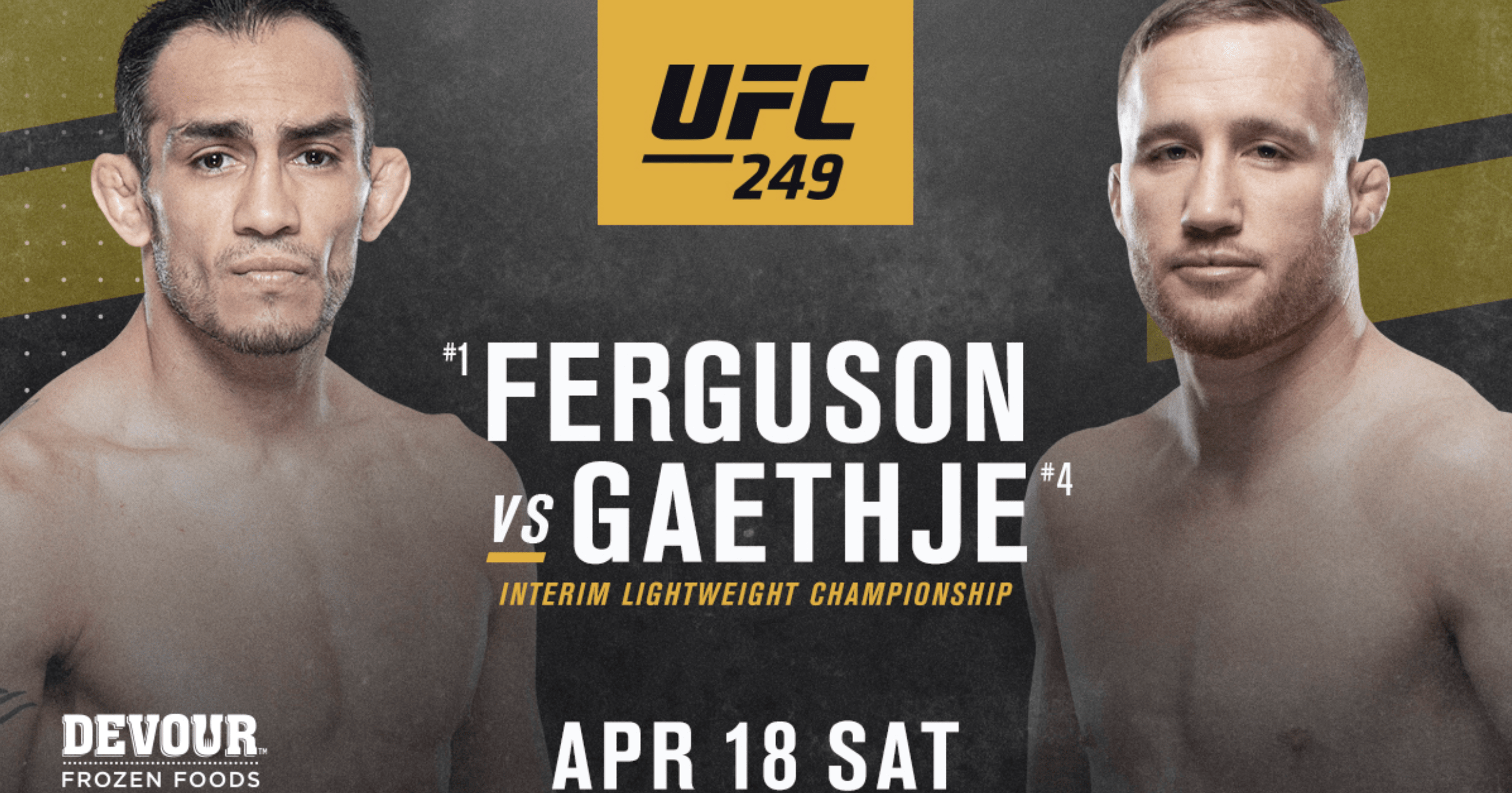 Despite the coronavirus pandemic, it looks like UFC 249 will go ahead as planned on April 18th. In spite of the global lockdown, travel restrictions and losing half the main event, the show will go on. At least, at the time of writing this. And although Khabib Nurmagomedov ruled himself out last week, UFC 249 now has a new main event. In the last few hours, UFC president Dana White announced that Tony Ferguson and Justin Gaethje will compete for the UFC interim lightweight title.

Dana has said that he would announce the full card today, but as of right now, we have three fights penciled in. As well as Ferguson vs Gaethje, it is believed that Greg Hardy vs Yorgan De Castro, which was originally scheduled to go down at UFC Columbus last month, has been added to the card.

In the last hour, Jairzinho Rozenstruik has taken to social media to announce that his heavyweight clash with Francis Ngannou, which was also set to take place at UFC Columbus, will now go down at UFC 249.

UFC 249 still doesn’t have an official location confirmed. Although there have been reports that it will take place at the Tachi Palace Fights, at the Tachi Palace Hotel and Casino in Lemoore, California. Ironically, this is only around 275km away from San Jose, where Khabib trains at AKA.

While I love the matchup between Ferguson and Gaethje, I hate this fight. Why? Because I like both guys and don’t want to see either lose right now. If Tony loses, it ruins the Khabib fight. And if Gaethje loses, he’s unlikely to fight Conor McGregor next. Which I felt prior to this whole coronavirus madness, was the fight to make.

In the last couple of minutes, the UFC has released the full card:


Dana has also just stated that he is securing a private island, to hold international cards.


This is how the MMA world reacted to the news that Tony Ferguson and Justin Gaethje will fight for the UFC interim lightweight title in the UFC 249 main event:

We will add more reactions in the upcoming days, as more fighters react to the ongoing UFC 249 saga.