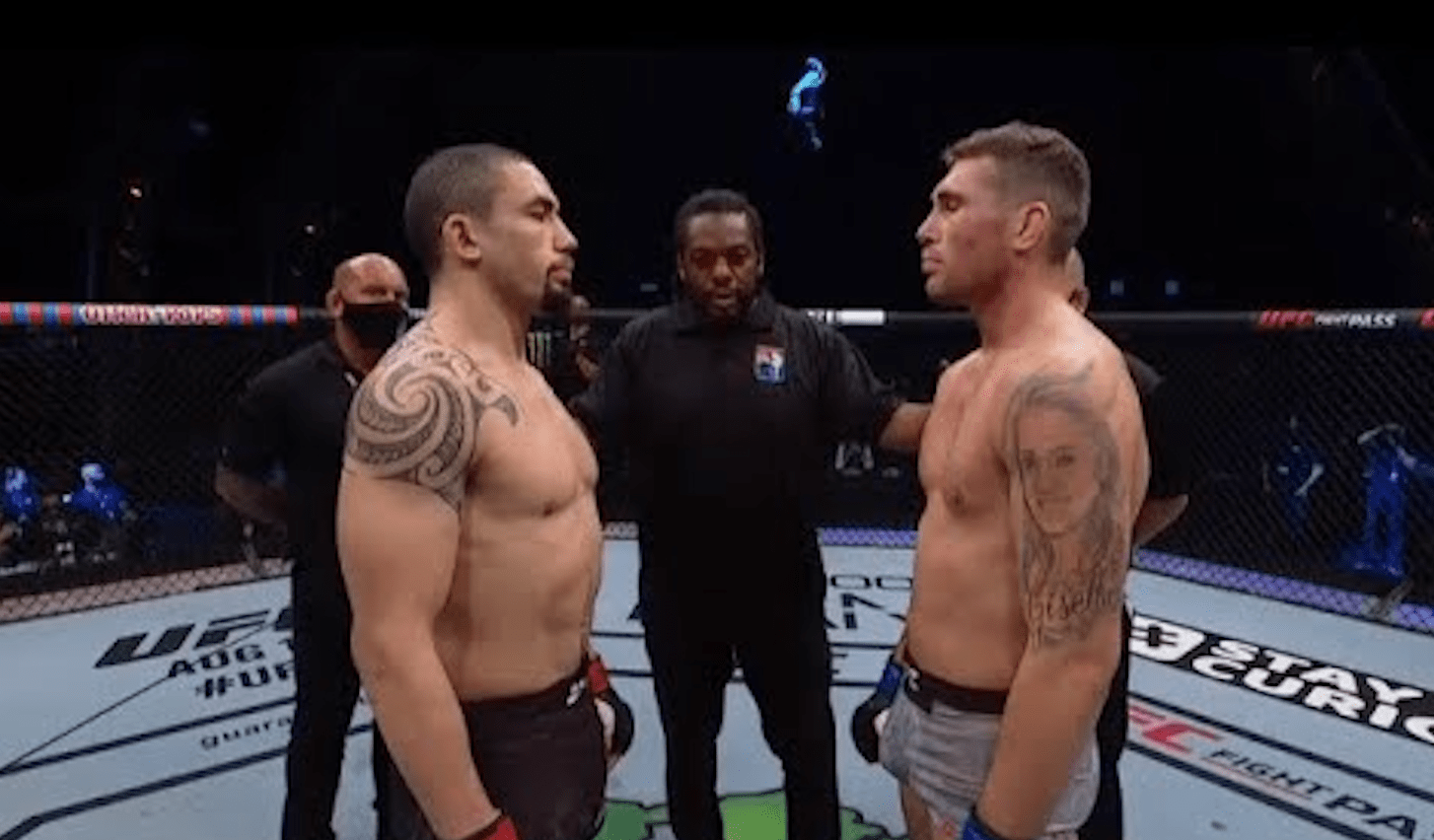 UFC Fight Island 3 went down this weekend on Yas Island in Abu Dhabi. The main event saw one of the most eagerly anticipated fights of the year so far: Robert Whittaker vs Darren Till. And not surprisingly, it went to the judges’ decision, who all scored the fight 48-47 in favour of ‘Bobby Knuckles’.

In the co-main event, ‘Shogun’ Rua defeated Antonio Rogerio Nogueira for the third time, this time via a razor close split decision. The trilogy between the two Brazilian legends of the sport came fifteen years after they first met in PRIDE. Following the fight, the 44 year old ‘Lil Nog’ confirmed this was his last fight.

There was also a win for another Brazilian legend on the night, as Fabricio Werdum welcomed Alexander Gustafsson to the heavyweight division by submitting him exactly half way through the first round. The former champion said before UFC Fight Island 3 that this would be his last fight in the promotion.

Elsewhere on the main card, Carla Esparza took a step closer to a shot at reclaiming the strawweight title, after scoring a hard earned split decision win over Marina Rodriguez; and Khamzat Chimaev broke the record for the quickest turn around between wins inside the Octagon, after beating Rhys McKee by way of first round TKO just ten days after beating John Phillips.

You can see the full results from Yas Island here, and the Performance of the Night award winners here.

This is how the MMA world reacted to UFC Fight Island 3:

Robert Whittaker vs Darren Till

“Happy to be part of this historic UFC Fight Island event here in Abu Dhabi!

Thanks to my Coach @malkomarcio for always being on my side since the first day I stepped on the mat, it’s been 7 years and I’m very grateful that you have become the athlete I am and for taking me where I am!

I was never afraid to compete, it always made me want more and it took me to places unimaginable in my life!

Today I live in the sport not only because I like it, but to be able to seek to be the best in what I do, and that we only achieve by working hard and the time will give this result to those who really want something!

And I want to, I’m here for that, I remain firm and strong, thinking about the next steps to follow!

Thank you all for your support and support, always working hard !!!”

This fight will be marked in my history because in the middle of a Pandemic, we had a lot of difficulties, a lot of tension, but we did it.
Thank you all!”

“Unfortunately, it wasn’t enough to win tonight. I’m also not particularly well. I broke my right arm early in the fight, my face had to be sewn in four places. I’m not looking for excuses. I was the worse fighter tonight. Not ready to grit your teeth and go forward. Too little pressure, too little courage, too few hits. I could not play my greatest strength because several takedown attempts failed. Oliveira deservedly won.
I have to recognize that my path as an active MMA fighter ends after 17 years. I felt that in the ring today. I really love this sport with all my heart and this decision hurts more than any broken bones and ligaments.
But I just don’t have the toughness, robustness and willingness to take risks to fight at the top.
It was a damn wild ride and I am infinitely grateful for the emotions and experiences that I was able to experience. Thanks to EVERYONE who accompanied and supported me.”

We will add more social media posts in the upcoming days, as the fighters continue to react to UFC Fight Island 3.