This Is How The MMA World Reacted To UFC Jacksonville 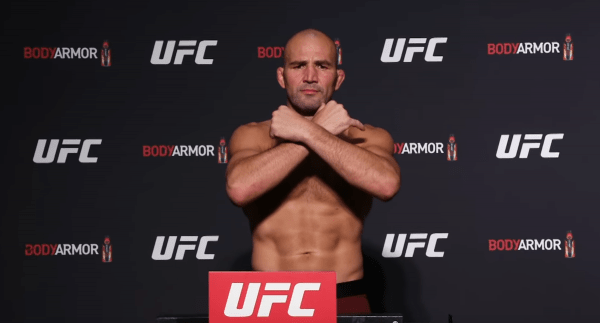 UFC Jacksonville went down on Wednesday night inside an empty VyStar Veterans Memorial Arena in Jacksonville, Florida. In the main event, Glover Teixeira weathered the storm in the first round to upset the number four ranked UFC light heavyweight, Anthony Smith.

Smith put on a boxing clinic in the first round but after that, it was one way traffic, as Teixeira brutalised ‘Lionheart’ until the referee finally stopped the fight in the fifth and final round.

Ahead of the night, Karl Roberson vs Marvin Vettori was removed from the card after ‘Baby K’ was hospitalised for ‘medical issues’. The previous day he missed weight by 1.5lbs. Once back from the hospital, the two got in a heated exchange back at the fighters’ hotel.

You can see the full results from UFC Jacksonville here.


This is how the MMA world reacted to UFC Jacksonville:

And a screenshot of Jon Jones’ tweet and delete: