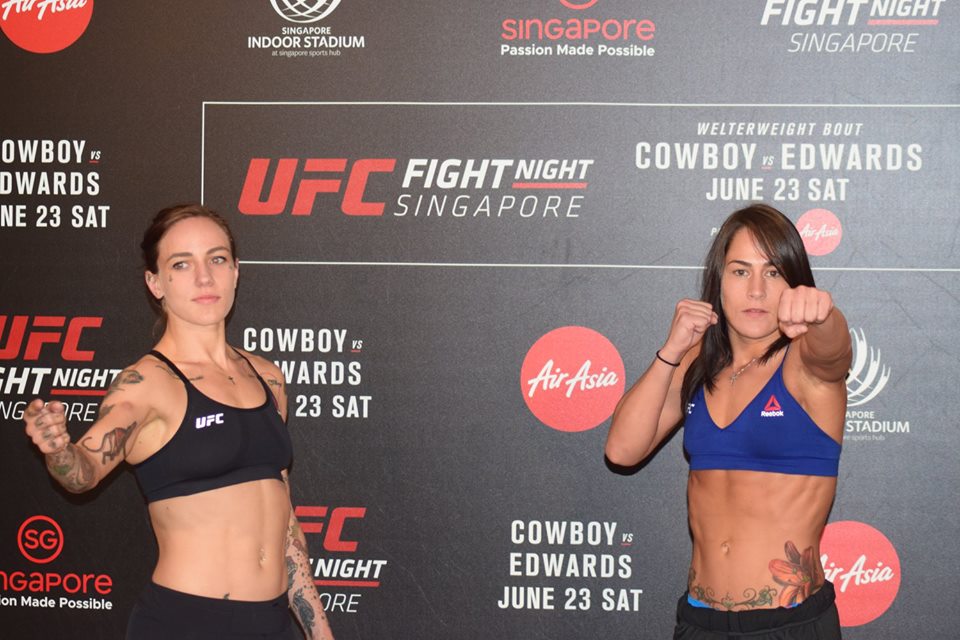 UFC 237 has been moved from Curitiba to Rio de Janeiro, Brazil. In the main event, Rose Namajunas defends her UFC women’s strawweight title against a resurgent Jessica Andrade. Namajunas wanted to defend the strap in the enemy territory, and reportedly told the UFC officials to make the fight official in Brazil.

In addition to the title fight, Anderson Silva is scheduled to fight Jared Cannonier. Silva, who dropped a decision loss to Israel Adesanya earlier this month in Australia, lobbied for a quick turn-around fight in Brazil. While ‘Spider’ wanted to fight in Curitiba, he will be in action against Jared, who dropped down to middleweight for his last fight.

Three other fights have been added to the UFC 237 card. Former UFC women’s bantamweight title challenger Bethe Correia (10-3-1 MMA) will face Mexican striking sensation, Irene Aldana (9-4 MMA) in a pivotal bantamweight fight. While the fight was initially scheduled to happen at UFC 227 last year, the two will finally collide in Brazil.

Yet another women’s bantamweight bout has been added to the card. Jessica-Rose Clark (9-5) will be moving up a division, to face Talita Bernardo (6-3 MMA). JRC has announced her move up to 135 lbs after failing to make weight against Andrea Lee, hurting herself in the process. Clark’s last fight saw her lose to Jessica Eye at UFC Fight Night Singapore in 2018.

Finally, China’s Yanan Wu (10-2 MMA) will welcome UFC’s newest addition, Luana Carolina (5-1 MMA) to the Octagon, in a flyweight bout. Here are all the confirmed bouts on the card.