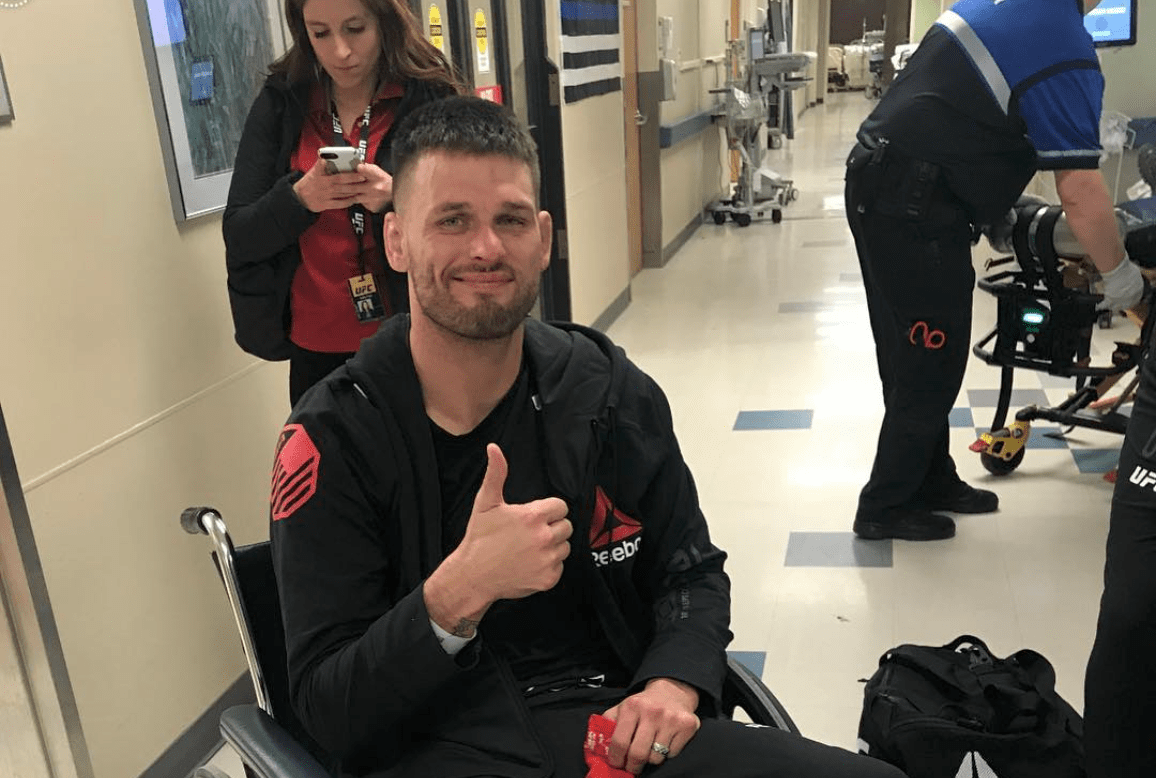 It certainly wasn’t Tim Means’ day at UFC Wichita. Not only did he lose by TKO in first round, he badly broke his ankle. His wife Brenda posted a photo of the injury, confirming that her husband needed surgery.

Means himself, later posted an update, saying he broke his ankle and tibula (we imagine the tibia or fibula, or maybe both!).

The nasty break happened at the end of highly entertaining and action packed first round, during the TKO. Which you can see below.

To make the night even worse for Means, the 35 year old welterweight missed out on an additional $50,000 pay out, after his fight with Niko Price somehow wasn’t picked to be the Fight of the Night. So we hope the UFC will at least pick up the hospital bill!