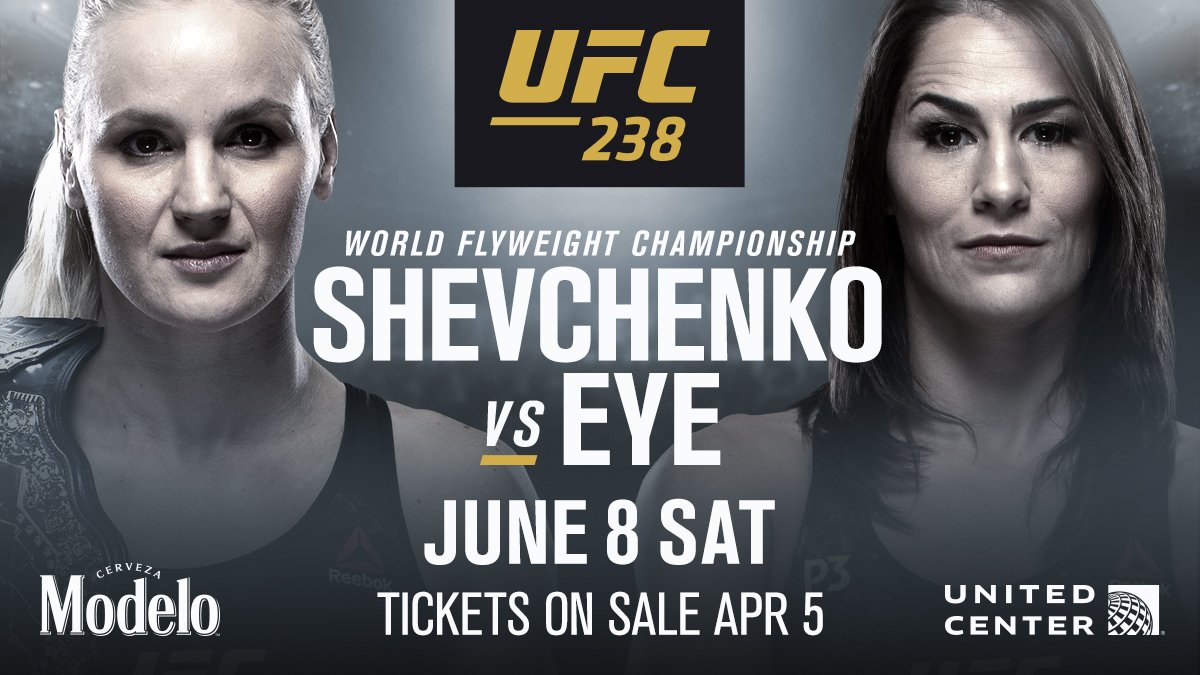 Last week we reported that Valentina Shevchenko vs Jessica Eye was in the works for UFC 238. The UFC has now confirmed that Schevchenko will officially make her first title defence against Eye on the June 8th card, in Chicago.

Like Schevchenko, Eye has also moved down from bantamweight. Winning all three fights she’s had at 125lbs. Her last fight was also in December, where she defeated Katlyn Chookagian at UFC 231.

The unbeaten Suarez is coming off of a dominant win over Carla Esparza, where she won via third round TKO, last September.

Ansaroff, the girlfriend of the UFC women’s bantamweight and featherweight champion Amanda Nunes, is coming off of a unanimous decision win over former title challenger Claudia Gadelha, last December.

A flyweight contest between top contenders Joanne Calderwood and Katlyn Chookagian, has also been added to the card.

Scotland’s Calderwood is coming off of an impressive win over Ariane Lipski, which she won by unanimous decision in January. Chookagian lost a split decision to Jessica Eye, last time out last December.