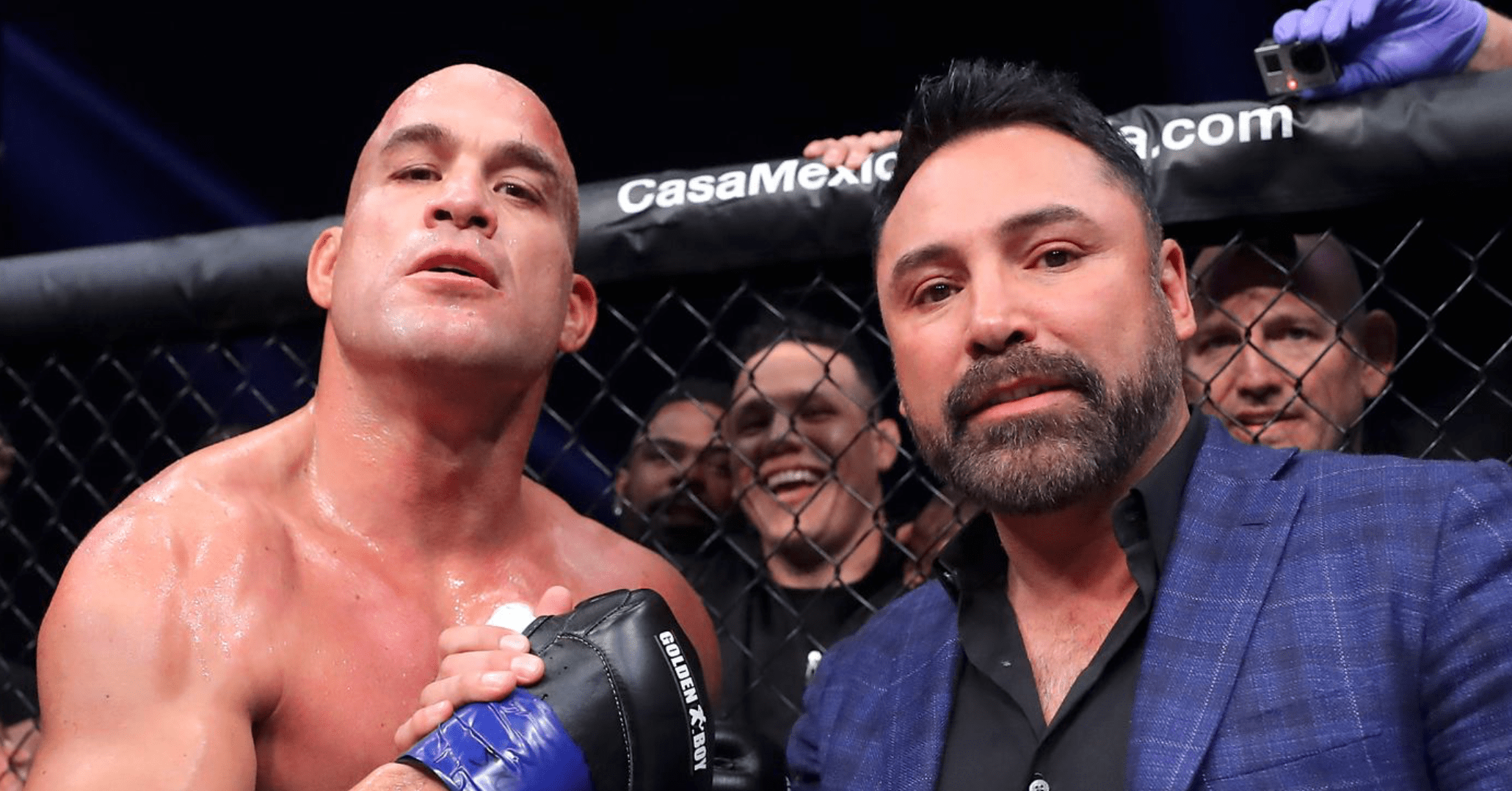 Tito Ortiz and Dana White have had their issues in the past. The President of the UFC has never shied away from speaking his mind, which never really sat down too well with a host of legends. One among them is Tito Ortiz, who, similar to Dana White, never really cared about being diplomatic regarding his peers or his former employers.

However, when Ortiz was interviewed by TSN’s Aaron Bronsteter recently, and Ortiz gave an update on Golden Boy MMA, and also had some flattering words to say about Dana White.

“Yeah it’s dead”, Ortiz told Bronsteter when asked if Golden Boy MMA was still operational (transcript via BJPenn.com). “They are just in the boxing business and I can leave it there. I gave them the opportunity to run with something and make it huge but it just didn’t work out. I did what I needed to do promotion wise. Getting ready for the fight it was eighteen weeks and it just ended up getting me another fight in the future.”

Ortiz was then asked about Oscar De La Hoya as an MMA promoter, especially after he was taped reading fighters’ names off a list.

“I can’t say nothing bad about Oscar because he gave me an opportunity and I am very thankful for it. It’s just one of those things as a promoter, you’ve got to do your homework. You know a perfect example is Dana White. He does his homework, he busts his ass and he does it for the MMA crowd and not just for his family but for fighters and their future. Oscar just really didn’t put his homework in and he didn’t do what he wanted to do for mixed martial arts. He’s a boxing promoter, and I guess we will leave it right there.”

“Let me tell you, Dana holds so much power. Anything he touches he puts his hard work into it and he really prevails. When you’re as successful as (White), it is because he’s put in the hard work and dedication.”