TJ Dillashaw On Why He Deserves A Title Shot: I Never Lost My Belt 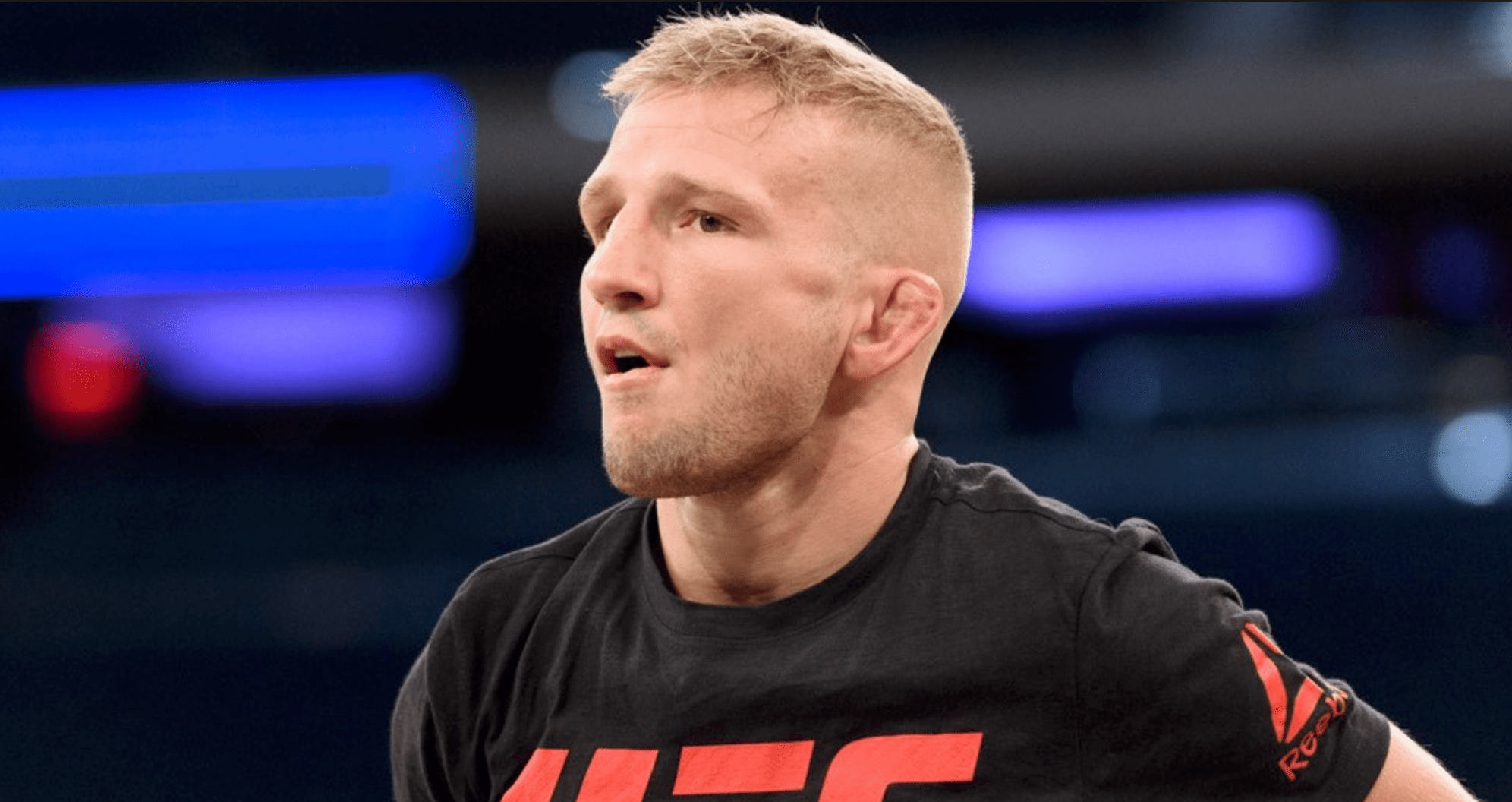 After spending two years on the sidelines due to a doping suspension, former UFC bantamweight champion TJ Dillashaw expects to return later this year, ideally for an immediate title fight.

Dillashaw hasn’t fought since January 2019 due to a two-year suspension from USADA resulting from a positive test for the banned EPO drug. He previously admitted to knowingly taking the drug before his flyweight title fight against Henry Cejudo at UFC Brooklyn, which he lost via TKO in only 32 seconds.

Dillashaw voluntarily vacated his bantamweight title after the suspension, but now that he has been cleared to fight, he is itching to take his belt back. Speaking on Real Quick with Mike Swick podcast (as transcribed by MMA Fighting), the former champion reasoned why he deserves an immediate title fight.

“Everyone’s gotta kind of wrap their head around coming back and getting back in there, but no, I’m ready to go straight for the belt,” Dillashaw said. “If that’s the opportunity that comes at me, because I know that [Petr] Yan wants it, he’s already been vocally talking about it and we’ll see what happens on March 6th when he fights [Aljamain] Sterling. He’s got a tough test ahead of him, but that’s the fight he wants.

“I feel like I didn’t leave this sport by losing my belt. He knows that there’s a lot of speculation if he’s the real champ because he hasn’t beaten the champion to get that belt, so he wants it. As well as that, I’m the biggest draw for him right now to try to fight. Maybe he’s thinking me coming back for my first fight might be the best time to catch me as well too, try to catch me slipping. But that’s what I want. The ultimate goal for me is to be the champion. The greatest things come to you when you’re champion, the goal is to be the champion, so why not get out there and get it done.”

Dillashaw however, has no intention to sit and wait for a title shot, saying that if a good opportunity comes his way, he will happily take it.

“Every person that’s called me out, I’ve said yes to, to the UFC, so that’s just showing them that I’m eager to get back in there. It doesn’t really matter as long as it’s someone that’s at the top of the game, because I’m gonna climb up and get that belt back fast.”

Yan is set to put his title on the line against Sterling at UFC 259, but said he wants to fight Dillashaw next. Sharing his thoughts on the upcoming title fight, the 35 year old said that while he’d put his money on the champion, ‘The Funk Master’ is still a very tough fight for him.

“I think it’s a tough fight for Yan because of the style of the fighter,” Dillashaw said. “I think Yan’s the better, well-rounded fighter. He’s got more of the skills in more aspects of fighting, but Sterling’s wrestling is really aggressive. His striking is real uncomfortable, he doesn’t really set anything up, he just kind of bombs kicks non-stop. Kind of got that distance, but then he grabs a hold of you, he’s got great wrestling and his jiu-jitsu is amazing as well. Watch him take Sandhagen out in 45 seconds. We’ve watched him do a lot of great grappling in some of his fights. So I think it will be a tough fight because I do think that maybe Yan’s biggest weakness is his wrestling. He lost in the past to a guy that’s in Bellator (Magomed Magomedov) just by getting outwrestled. So we’ll see the gains that he’s made in his MMA wrestling.

“I would still probably put my money on Yan just ‘cause he’s a little more well-rounded structurally and technically on his feet. But you can’t underestimate a tough-nosed wrestler. He can’t be counting his chickens before they hatch because he’s trying to call me out, but he’s gotta get past Sterling and make sure he can stay on top.”

While Dillashaw’s primary goal is to win his belt back, avenging his loss to Cejudo is also on his to-do-list.

“I haven’t thought about a hit list exactly right, but yeah, he’s on it,” Dillashaw said. “Just you saying his name it’s like, ‘Oh god,’ you know? ‘The King of Cringe’ did a good job of being cringey. It’s one of those fights that I was so much better going into that fight—Don’t take anything away from him. I think he’s an amazing athlete for winning an Olympic gold medal. I give him more credit for being an Olympic gold medalist than I do winning a UFC championship and that’s something because I’ve wrestled my whole life, that is quite amazing. But I’m so much of a better fighter than him, well-rounded-wise.

“The way that his career worked out and the way that he stepped away from it was just like, he got so lucky. So that’s a fight that I want back because I don’t think he’s as good he thinks he is, so that’s for sure on my hit list. First and foremost, hit list for me, is just getting my belt back. Whatever path I have to take to get there, if it’s fighting all the guys in the top-five first, if it’s going straight to the belt, and then making sure I defend it and make a statement.”

Do you believe TJ Dillashaw deserves an immediate title shot upon his return to the Octagon after a two-year doping suspension?