Dillashaw ‘Would Love’ To Challenge Holloway For Featherweight Title 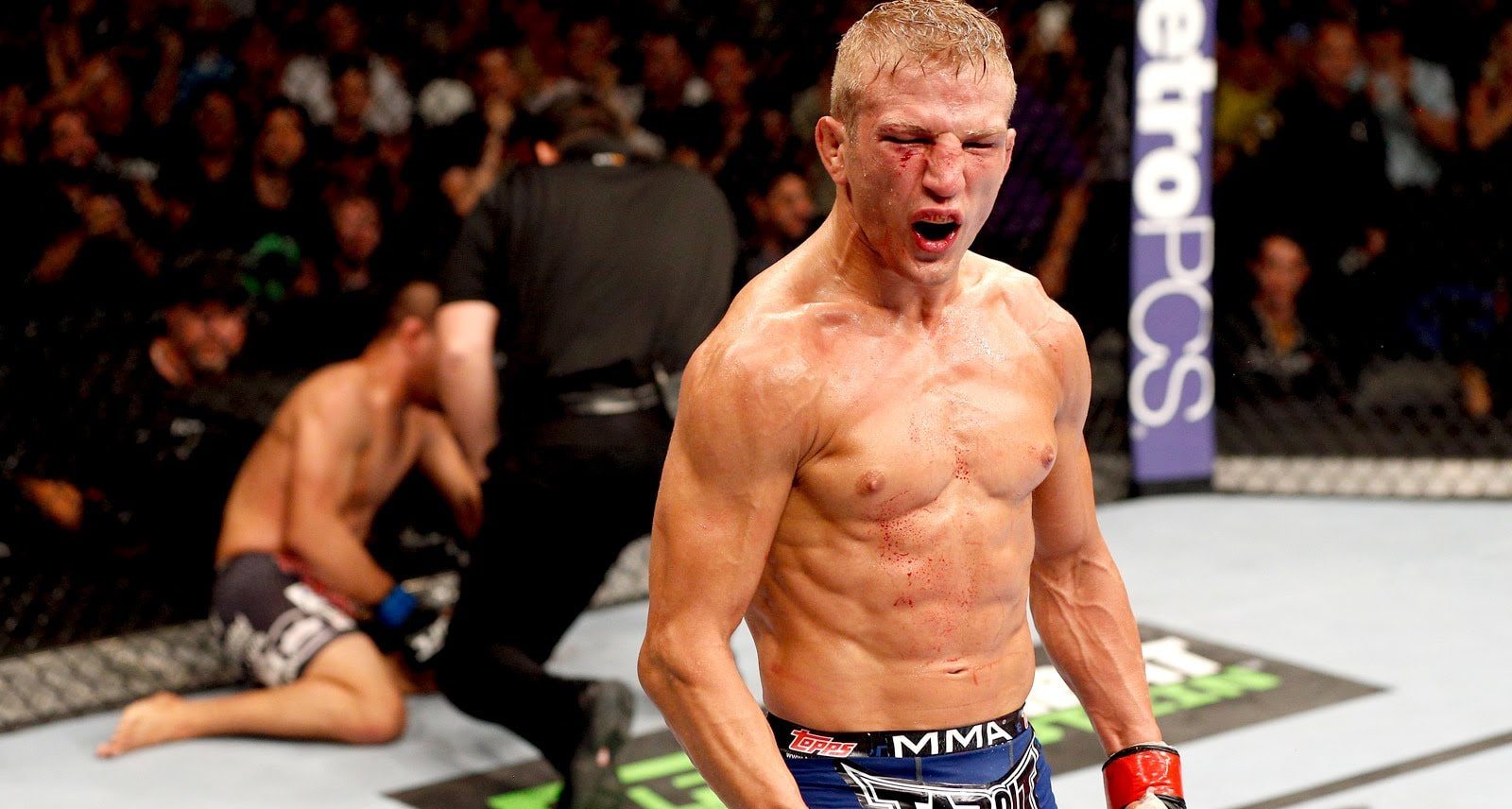 TJ Dillashaw isn’t content with bidding to become a double champion. The UFC bantamweight champion has his sights on becoming a triple champion.

On January 19th, Dillashaw will be bidding to follow in the footsteps of Conor McGregor, Daniel Cormier and Amanda Nunes and hold two UFC belts simultaneously. But ahead of his bid to win Henry Cejudo’s flyweight crown at UFC Brooklyn, Dillashaw said during a recent Instagram live video, that he would love to challenge Max Holloway for the featherweight title.

“Right now I’m in love with food because I don’t get to eat as much of it. If I went [1]45s I’d hate it because I’d be doing nothing but stuffing my face but that’s definitely something I would love to do.”

There aren’t many challenges in MMA right now, tougher than facing Holloway. But Dillashaw is up for the challenge and confident he can become fighter to win three UFC titles, in different weight classes.

“Everyone wants me to go to featherweight and fight Max. I would love to. But look, one step at a time. Let’s run through Cejudo first then Max can be next. [I can] be the first one to ever go for three belts.”