Tony Ferguson Is Next For Khabib: Dana White 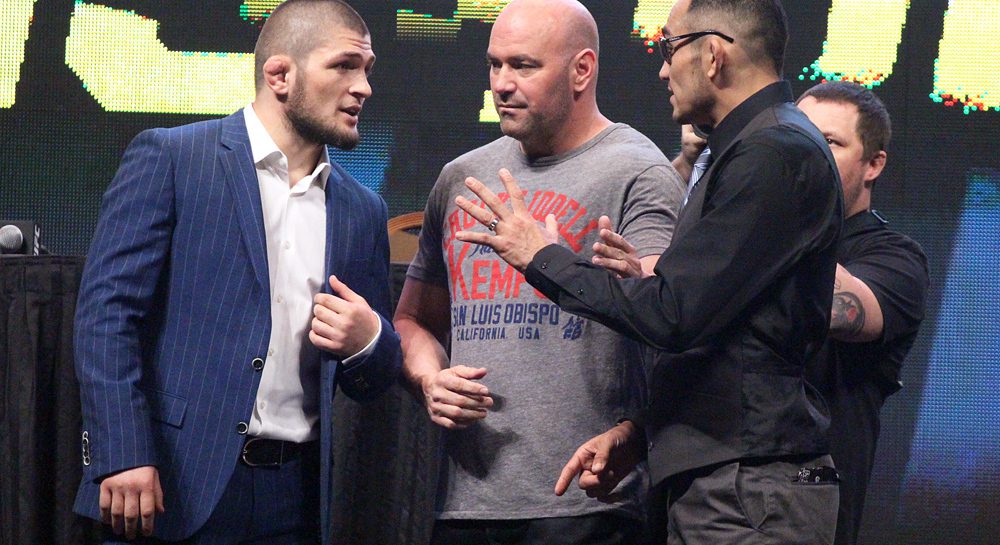 Tony Ferguson is becoming restless, and Dana White wants Khabib Nurmagomedov to fight Tony next. After the NSAC slapped Khabib and Conor with nine-month and six-month suspensions respectively, the UFC Lightweight Champion spoke about his willingness to sit out for a year. However, the UFC President Dana White said that he hasn’t heard anything from Khabib directly.

White spoke to MMA Junkie after the UFC 234 pre-fight press conference, and when questioned about the next fight for Nurmagomedov, White confirmed that Tony Ferguson will get the next crack.

“I hear these things, but Khabib hasn’t told me that (he’s going to sit out)”, White said. Khabib’s manager, Ali Abdelaziz has been claiming that Khabib will not fight in Nevada, but White hasn’t heard anything as such from the champion. “I hear these things in the media and things like that. I haven’t heard it from Khabib, so when we talk, we’ll figure it out and we’ll see what happens.”

Furthermore, Khabib’s manager also talked about Tony Ferguson not deserving a fight against Khabib. However, Dana said that the former interim champion is the next logical fight for the Dagestani grappler.

1 thought on “Tony Ferguson Is Next For Khabib: Dana White”