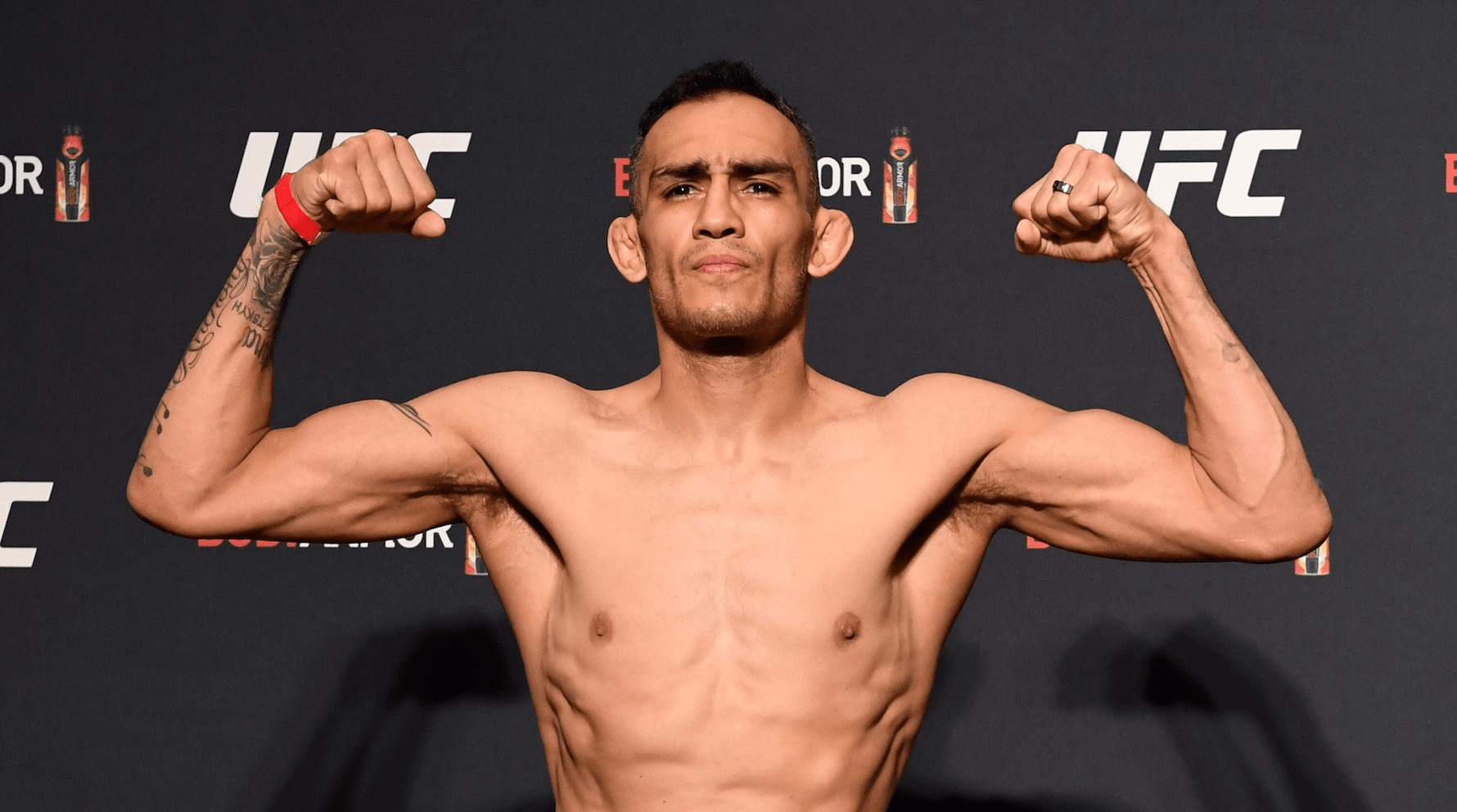 Almost six months on from losing to Justin Gaethje at UFC 249, Tony Ferguson is ready to get back inside the Octagon. And with news that Khabib Nurmagomedov is vacating the UFC lightweight title, ‘El Cucuy’ wants another shot at the belt.

While the UFC has not come to any decisions yet in regard to the lightweight title picture, Conor McGregor, Dustin Poirier, Justin Gaethje and UFC new comer Michael Chandler, will all be hoping to fight for the vacant title in early 2021.

Speaking to Submission Radio (as transcribed by BJPenn.com), Ferguson made his case for Poirier and himself to fight for the 155lbs title.

“I called out everyone on one post and Dustin already f***ing said let’s do it… The way I called it, was it to have myself and you, got to have Dustin Poirier for the title,” Ferguson said. “I mean, Gaethje f***ing lost. I’ve been sitting here doing my s*** and making sure I’ve been cool, calm, and collective. Being real, give me the f***ing title shot, give me my chance. You guys want to see me fight and I really want to fight.”

Ferguson and Poirier were set to serve as the co-main event at UFC 254, until the bout was scrapped due to ‘The Diamond’ feeling that he was not being compensated enough.

Poirier however, is now set to face McGregor on January 23rd after they both verbally agreed to the fight on social media. Dana White stated that the UFC was working on this fight before Khabib announced his retirement. One of the promotion’s options is to make it for the title.

The former interim champion Ferguson, has made it clear though that he does not believe that McGregor has earned the right to be in the mix for a shot at the title.

“He just deserves the chance to fight. F*** him fighting for the title, he needs to fight, he needs to fight somebody like I don’t know, top-15,” Ferguson said. “Get his ass back in there. He don’t belong in the top-five, get the f*** out of here. F*** you, pay me, dude. Nothing personal but you are still a bitch.”

Since signing with the UFC and being a main event reserve at UFC 254, Chandler has had his name thrown in with the division’s elite. Unlike McGregor however, Ferguson’s problem isn’t the fact that he is in the title contention, but rather that he believe’s that the former Bellator champion is set to be paid more than him.

“I’ve earned this right. I’ve started from the mailroom all the way to the f***ing beginning. I earned my right through Fuel TV, Spike TV, FOX, ESPN, all the switches between Reebok and losing sponsors — who’s their main f***ing guy that stays here and has been the same f***ing guy that started with cringe and became an asshole and then f***ing became cool and then I’m a genius.”

In the last day, Ferguson has also taken to social media to throw his support behind Jon Jones, who has been arguing his case that he, and not Khabib, should be regarded as the GOAT of MMA.

Who do you think will be the next UFC lightweight champion, Tony Ferguson, Conor McGregor, Dustin Poirier, Justin Gaethje or Michael Chandler?