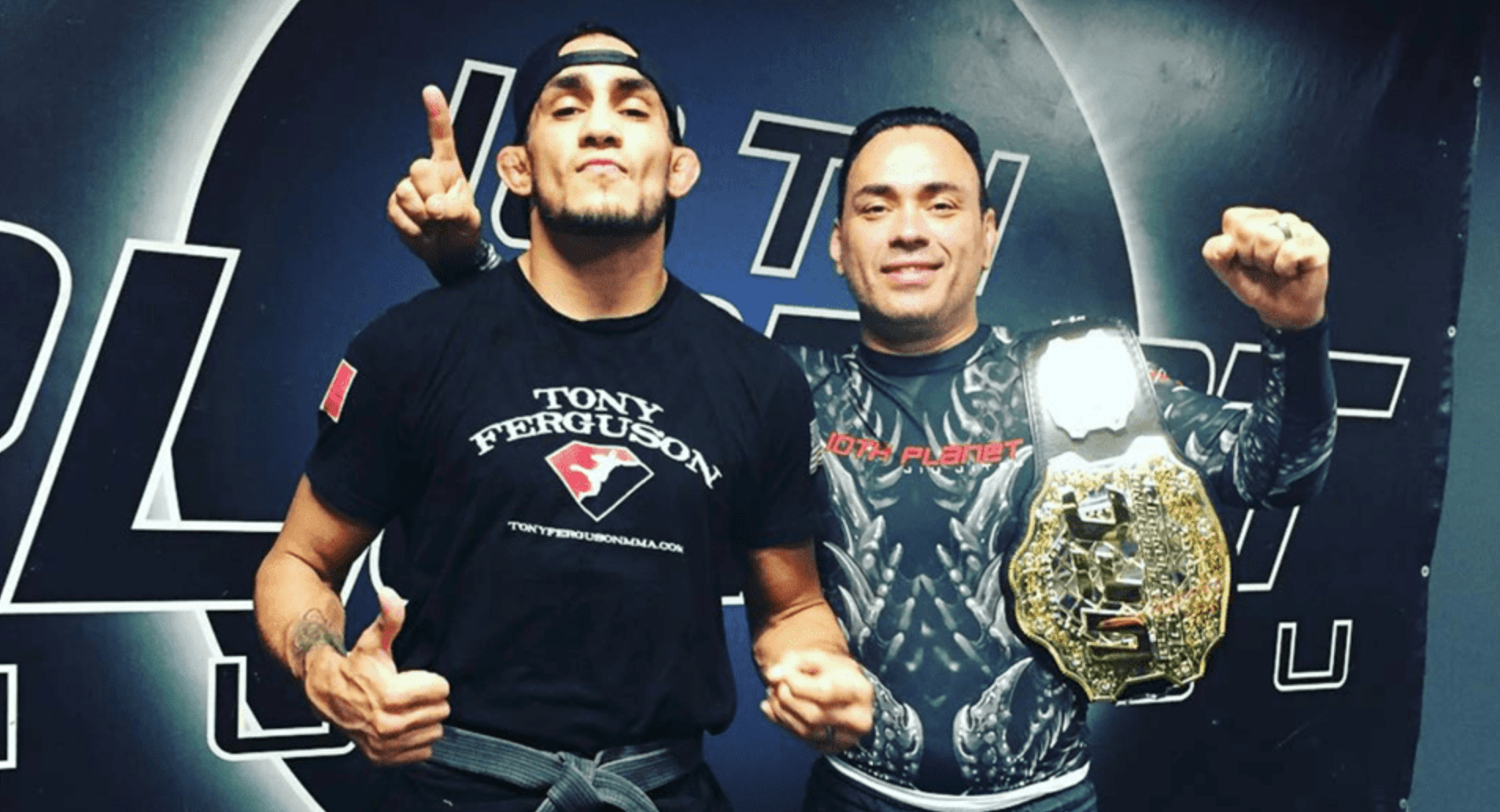 Tony Ferguson returns this weekend against ‘Cowboy’ Cerrone at UFC 238, in one of the most eagerly anticipated fights of the year.

Ferguson hasn’t fought since beating Anthony Pettis at UFC 229, in one of the best fights of 2018. Since then, ‘El Cucuy’ has had to deal with some well publicised mental health issues. And since he beat ‘Showtime’ at UFC 229 last October, ‘Cowboy’ has fought three times, looking fantastic each time. Submitting Mike Perry, scoring a TKO win over Alexander Hernandez and most recently, earning an impressive unanimous decision win over Al Iaquinta, at UFC Ottawa a month ago.

With the little lay off and his personal issues, there is a little bit of a question mark as to how Ferguson will perform this weekend. But according to his coach Eddie Bravo, the former UFC interim lightweight champion is looking better than ever. As he discussed on a recent episode of The Joe Rogan Podcast (as transcribed by MMA Junkie).

“He’s sharper, stronger, in the best shape of his life. It’s the same Tony. You’d think, ‘is it the same Tony after he had some family stuff go on? Is that going to change him?’ His opponents hope it changes him, but he’s the same Tony. When it comes to fighting, we don’t get into personal stuff. We just stick to fighting and the strategy. He’s sharper than ever. You can’t guarantee any wins, but I will guarantee he’s going to go in 100% Tony.

“What makes Tony so good in my opinion just based on working with him, it seems at the highest level, high-pressure fight, people are more cautious. They don’t want to do anything stupid, they’re not just f***ing letting it swing and letting it go. Tony isn’t like that. People want to go to the point where they just unleash and they don’t give a (expletive), and there’s a lot of fights like that, but Tony when he’s in there, it’s like Nick Diaz. They’re not afraid to throw anything.”

Although Bravo has full faith in his man, he also knows that ‘Cowboy’ is as a dangerous opponent as you can get.

If Ferguson did have any family issues earlier in the year, it looks like these concerns are a thing of the past. As the 35 year old told ESPN.

“We’re sitting here, happy. I’ve got my kid, I’ve got my wife. What’s better than that, man? Everybody has their problems out there in the world. That’s their own f***ing s***.”

It was finally officially confirmed yesterday that Khabib Nurmagomedov and Dustin Poirier will fight at UFC 242, in a UFC lightweight unification bout. Whoever wins this weekend between Ferguson and ‘Cowboy’, will be in pole position to face the winner.

Who do you have winning at UFC 238, Tony Ferguson or ‘Cowboy’ Cerrone?