Too Too Set To Defend Middleweight Title At WLC: Battlebones 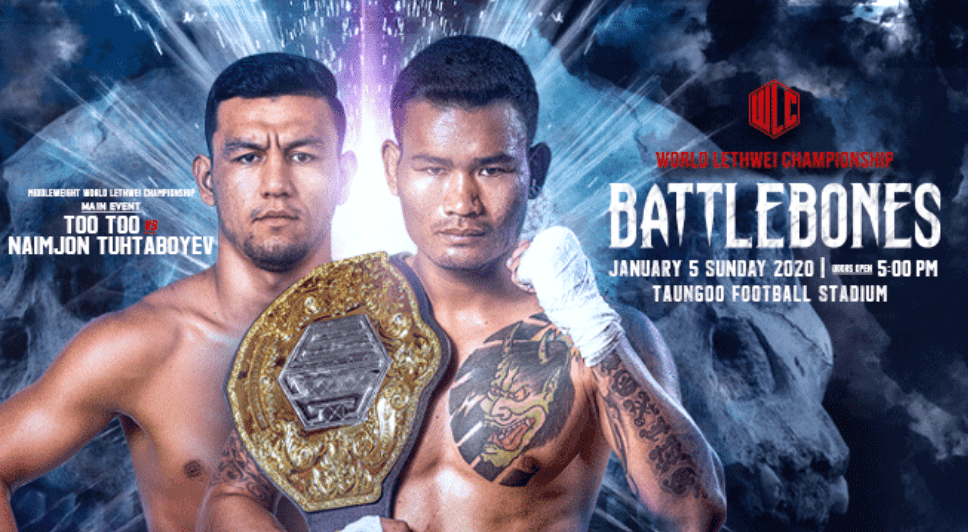 WLC: Battlebones follows on from WLC: Fearless Tigers, which went down in Mandalay, Myanmar on October 4th, and saw Thway Thit Win Hlaing score a knockout win over Burutlek Petchyindee Academy in the main event.

Regarded as the best athlete competing in Lethwei today by many, Too Too earned the golden strap by defeating Michael Badato of Australia, to become the first ever WLC middleweight champion. He then fended off the challenge from Ukranian Vasyl Sorokin, to successfully retain the championship.

Tuhtaboyev will be looking for a repeat of his triumph over Too Too five years ago, when he scored a win against the Burmese fighter in a bareknuckle match in Thailand.

Also seeing action on the card are two Cambodians, as bantamweight Sok Rith will face a mystery opponent for his promotional debut in the co-main event. While his compatriot Elite San is set to collide with local hero, Hein Tun Aung.

Samuel Toscano from Italy, who is a European Muay Thai patron, transitions himself to lethwei and is slated to meet another local favourite, Saw Kaung Htet.

In the women’s division, Souris Manfredi of France, looks to carry the momentum she had in her last outing and will now focus against the young Vietnemese star, Tran Thi Lua.

Completing the epic bareknuckle festivities are Burmese matchups, starting off with Lin Htet Naing and Zin followed by a light welterweight duel between Thar Win Tun and Kyar Thway. Wrapping up the event is a welterweight showdown between Tun Lin Aung and Ye Tway Aung.

WLC: Battlebones goes down on January 5th, at the Taungoo Football Stadium in Taungoo, Myanmar and will be shown on Canal + UFC Fight Pass.