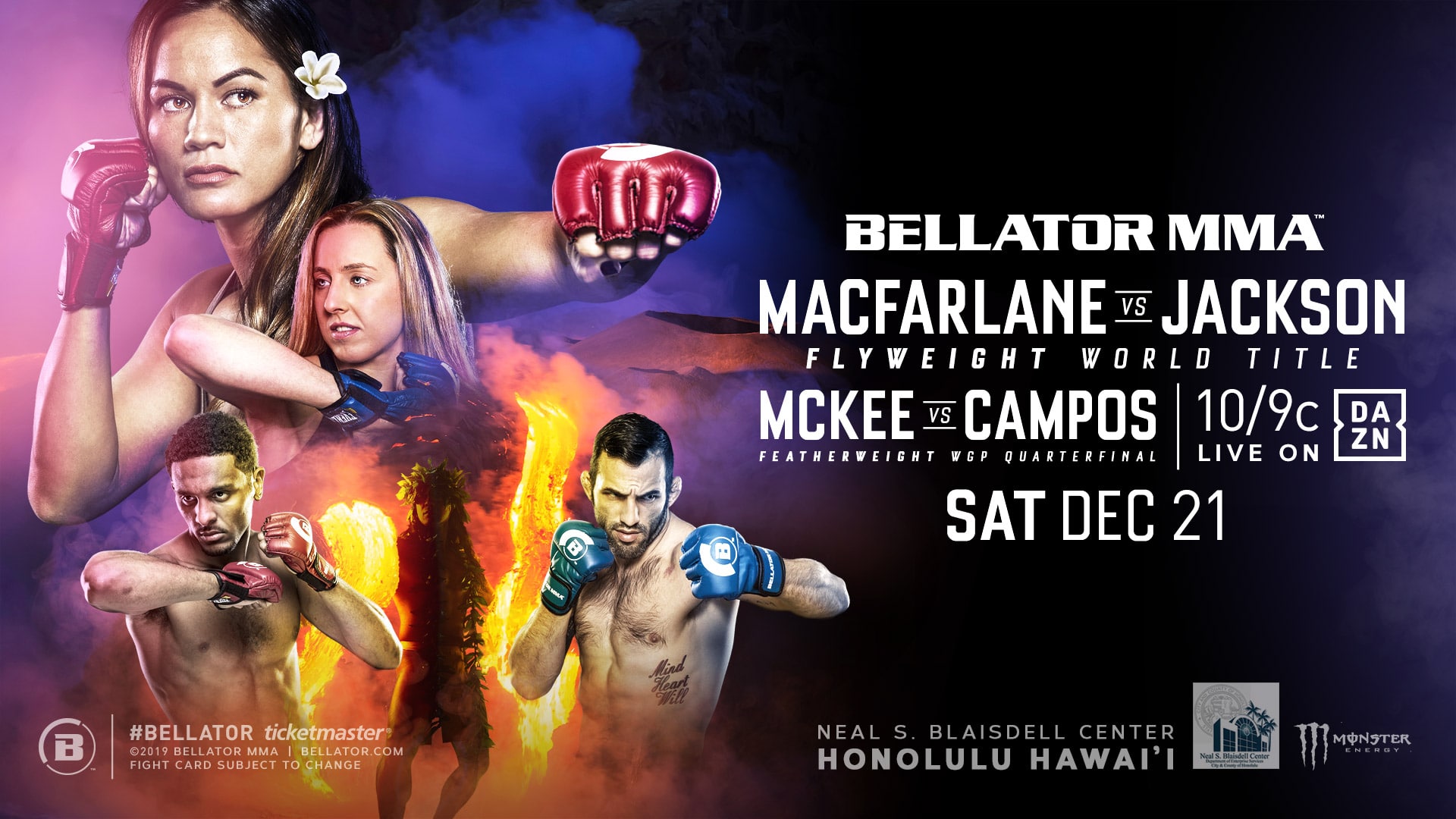 Bellator MMA is set to return to Hawaii towards the end of the year with the Bellator Hawaii event inside the Neal S. Blaisdell Arena in Honolulu. The promotion’s flyweight champion, and Hawaii’s own Ilima-Lei Macfarlane (10-0 MMA) has been announced for the card, and will defend her flyweight championship. She will defend her title against the number one contender, Kate Jackson (11-3-1 MMA), and the event will be streamed exclusively on the DAZN app.

In addition to the title fight, the promotion announced that Bellator Hawaii will feature the first quarterfinal matchup of Bellator’s Featherweight World Grand Prix. A.J. McKee (15-0 MMA), who recently picked up yet another win will face Derek Campos (20-9 MMA) in the evening’s co-headliner.

Born and raised in Honolulu, current Bellator women’s flyweight champ Macfarlane made her pro debut in 2015 with a KO victory. With impressive victories over the likes of Valerie Letourneau and Veta Arteaga, Macfarlane was the focal point of Bellator’s debut in Hawaii last year. Now Ilima-Lei turns her focus to Kate Jackson, who will be looking to play the role of spoiler when she enters the Bellator cage on December 21.

Kate Jackson has won seven of her previous eight fights, earning the right to challenge for the title. A competitor on the 23rd season of The Ultimate Fighter, Jackson hails from Lostwithiel, Cornwall, England, and most recently defeated Lena Ovchynnikova in London. Jackson made her Bellator debut in 2017 with a first round-victory over of Colleen Schneider and would later go on to dominate Anastasia Yankova at historic Bellator 200 in front of her hometown crowd.

More fights will be added to the card as we get closer to the event.