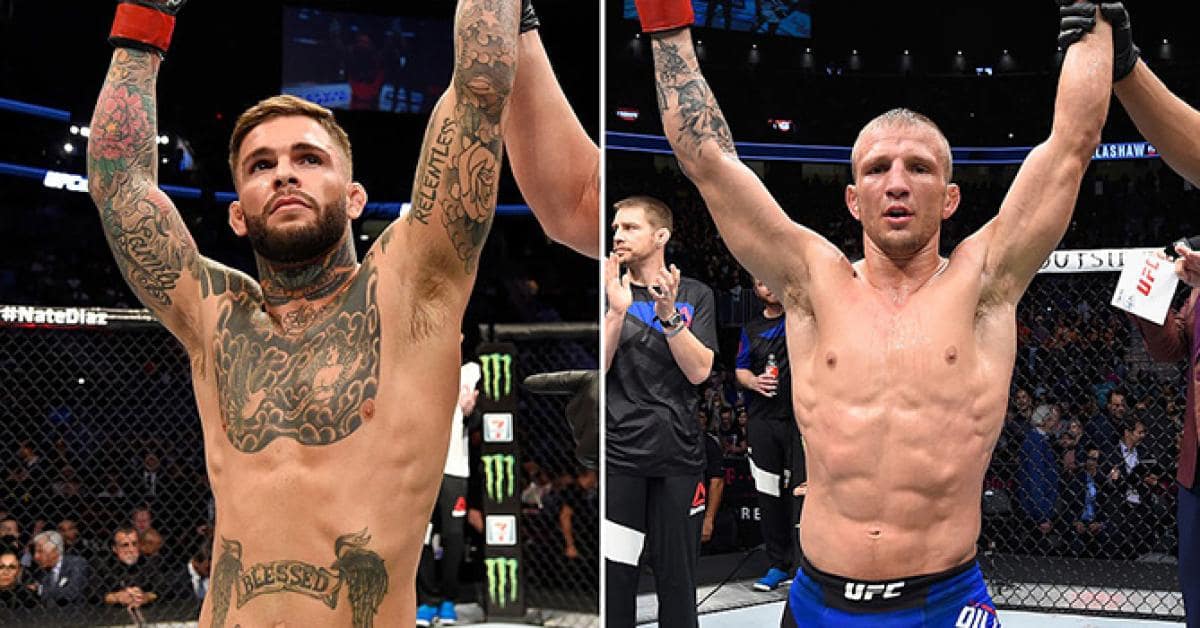 May is set to be a pivotal month in the UFC bantamweight division. As Cory Sandhagen revealed last month, he is set to welcome TJ Dillashaw back following his two year suspension from USADA for testing positive for EPO. And in a top five 135lbs contest, Cody Garbrandt will face Rob Font.

In the last few minutes, ESPN‘s Brett Okamoto reported both fights are in the works for this coming May. The number two ranked Sandhagen will face Dillashaw in the UFC’s May 8th main event. Then two weeks later, Garbrandt and Font will headline the UFC’s May 22nd card.

After being submitted by the division’s new champion Aljamain Sterling in the first round at UFC 250, Sandhagen bounced back with two spectacular finishes over Marlon Moraes and Frankie Edgar. Dillashaw meanwhile, hasn’t fought since losing to Henry Cejudo at UFC Brooklyn. He was the bantamweight champion at the time, and moved down to flyweight to challenge ‘Triple C’ for the flyweight title.

Garbrandt hasn’t fought since last June, when he scored one of the knockouts of 2020 against Raphael Assuncao at UFC 250. Font is on a three fight win streak and is coming off a first round TKO against Marlon Moraes at UFC Vegas 17 last December.

Sterling won the UFC bantamweight title earlier this month at UFC 259, in controversial circumstances after Petr Yan was disqualified for an illegal knee in the fourth round, when winning the fight. Dana White has since confirmed that they will have an immediate rematch.

Who do you think wins the two huge bantamweight showdowns in May, Cory Sandhagen or TJ Dillashaw, Cody Garbrant or Rob Font?