Tyron Woodley: I’ll Knock Jake Paul Out In The Third Round 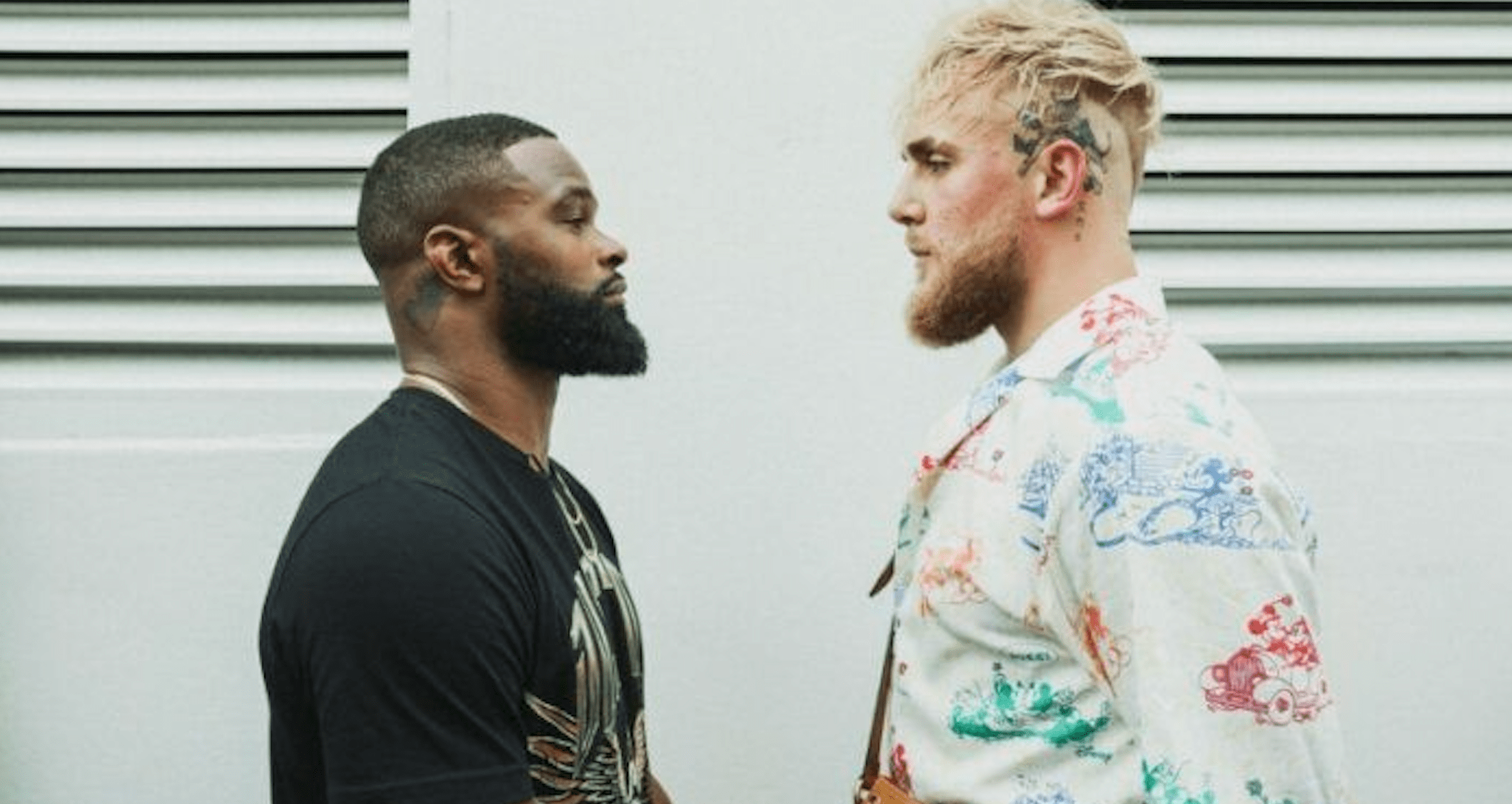 Woodley, who was released by the UFC in April after eight years with the promotion, is set to make his boxing debut against Paul, who’s a 3-0 professional boxer. His most recent win came against Ben Askren in the very first-round.

For his boxing debut, Woodley revealed that he will be working with former multiple-division boxing world champion Floyd Mayweather, who fought Logan Paul in an eight-round boxing exhibition earlier this month.

Although he isn’t sure exactly when he will join Mayweather, Woodley said that he would make the most of the opportunity whenever it happens.

Speaking on Michael Bisping’s ‘Believe You Me’ podcast (as transcribed by MMA Fighting), Woodley said that fans should expect a memorable performance from him on August 28th.

“This is a new chapter for me,” Woodley said. “You know how this sport works, when you knock a motherf***er out, you go to the next level and you really start to get on a roll, nobody’s gonna remember those fights. To be honest, all those fights during the pandemic, all the fights during the APEX, no crowd, that’s gonna all become an exhibition in our life.

“That’s not gonna be remembered like the UFC 205s or the big U2 arena fights. The fans made it. The fans made it what it was, so for me, I think what people are going to see is a continuation of what they saw against [Vicente] Luque but without me getting caught. The pressure, the dominance. He’s back.”

Woodley predicts that Paul will be cautious early on in the fight, but still expects to put him away inside the first three rounds.

“I think three,” Woodley said. “First round sounds cocky, sounds dope, but I just know that if I’m fighting Tyron Woodley, everyone is going to tell him to cover up, weather the storm, clinch him, grab him, keep him away from you, stay at distance, watch out for the right hand. I’ve got to set a couple traps so I may need a round or two to set some traps, see what he responds to and I think third round I should be able to clean up the deal.”

Paul has been accused of cherry-picking easy opponents to improve his boxing record. However, Woodley believes ‘The Problem Child’ and his team have made a fatal error this time around.

“At the end of the day, he’s gonna get beat up, he’s gonna get knocked out,” Woodley said. “Hopefully it’s not too bad because what’s happening is, his people are gassing him up that he can win. He accepted this fight and I was very surprised he accepted this fight. They’re gassing him up and they’re giving him that ‘You’ve got the power. He’s old. He ain’t won a fight in a million years. You the younger, more hungry, he’s taking you lightly, you can beat him!’ They’re lying to this kid and they’re gonna get him f***ed up. So what’s gonna happen is, I’m gonna beat him, I’m gonna knock him out, and hopefully it’s not too bad where he doesn’t want to do it again because I want to take the money again. I want to rob the bank twice. So that’s the plan.

“I really don’t have smoke with his brother Logan but s***, after he sees what I do to his brother he might want to get the hands too.”

Meanwhile, Paul has taken to social media to say he plans to take Woodley into deep waters come fight night.

“My pro fights haven’t lasted long, but in sparring, I love taking my opponents into deep waters and drowning them with my overwhelming cardio, consistency, and precise punch selection,” Paul wrote. “Soon we will see how well Tyron can swim.”

Do you think Tyron Woodley will knock Jake Paul out within three rounds?