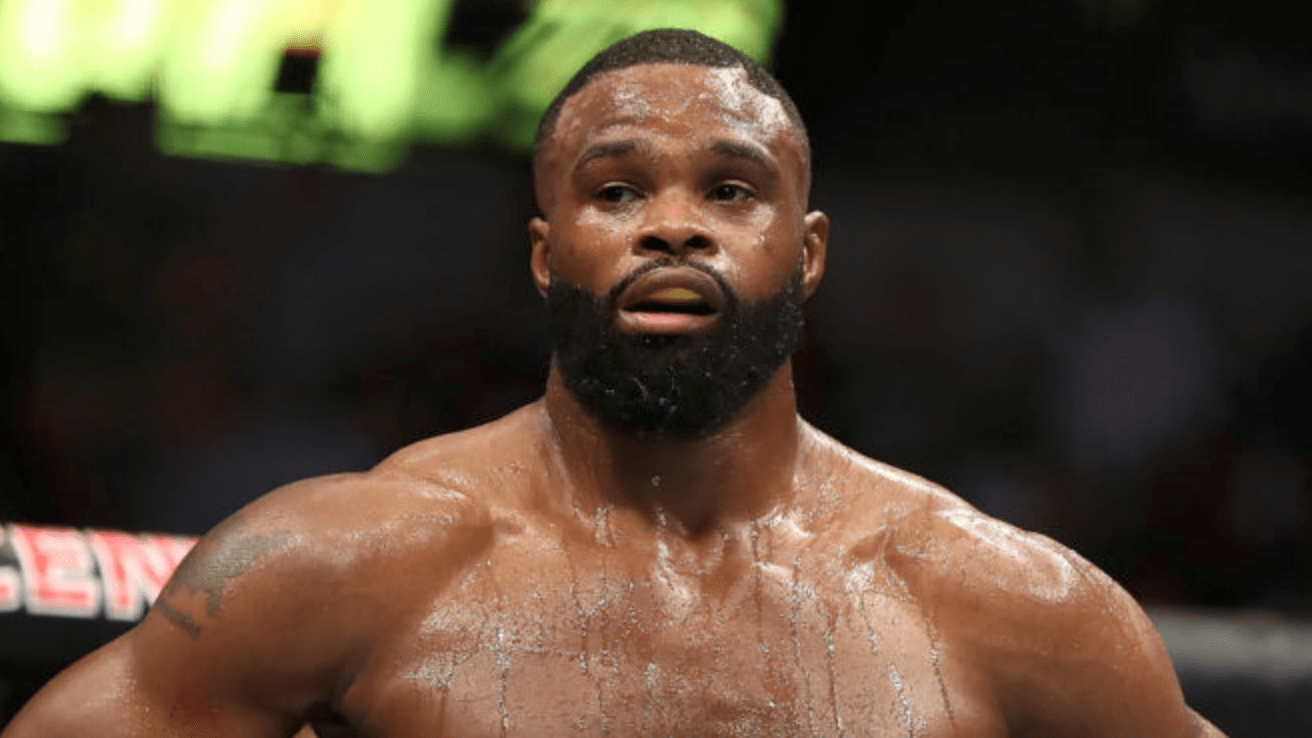 When Tyron Woodley was the UFC welterweight champion, many fans, and indeed Woodley himself, believed that he didn’t get the love and respect that he deserved. Speaking on The Ariel Helwani Show (as transcribed by The Mac Life), Woodley told Ariel that the welterweight scene is in a worst state now, with Kamaru Usman and Colby Covington at the top of the mountain.

“People were complaining sometimes when I was champion. Now look what your ass is dealing with. You got some terrible, whack-ass trash talk [from Covington] and you got Usman, who’s just not really quick witted, So when he gets hit with the trash talk, his reply back makes it even worse.

“You know you see somebody fight and they’re fighting a lesser opponent and then they fight to their level? That’s what happens when these two are talking trash. I’m looking [like], dude, it’s kind of embarrassing for our division.”

Woodley was especially critical of Covington’s ‘scripted’ trash talk. Saying that if you are going to trash talk, at least make it as entertaining as that of Conor McGregor or Chael Sonnen.

“Cringeworthy is not even the word. It’s scripted but you can’t remember your…Colby, this is for you brother, you know I’m not going to give you many words of wisdom, but if you are gonna keep scripting this bullshit, get in the mirror — I know it’s hard for you to read — but get in the mirror and try, and go line by line, practice it with different emotion, one loud, one quiet, give a pause where people can applaud or boo, and then keep going. Practice it.

The former UFC welterweight champion went on to say that he is now training at Tristar Gym with Georges St-Pierre and head coach, Firas Zahabi.

“Yes people, I will be training with Georges St-Pierre. We will not fight, that’s very obvious. There’s no point for me not to train with one of the greatest, if not the greatest welterweight of all time, and sharpen myself. That’s something thats motivating me. I can’t really act like the Kamaru Usman fight was motivating, I can’t act like the Colby fight was motivating me beyond the fact I just want to smash his face in. This motivates me, it makes me excited. I’m eager to train, I’m eager to learn. I’m excited about it.”

Woodley last fought at UFC 235, where he lost his title to Usman, after being dominated for five rounds. After coming off of a dominant win over Robbie Lawler this past weekend at UFC Newark, it is expected that Covington will challenge Usman for the UFC 170lbs title at the end of the year.