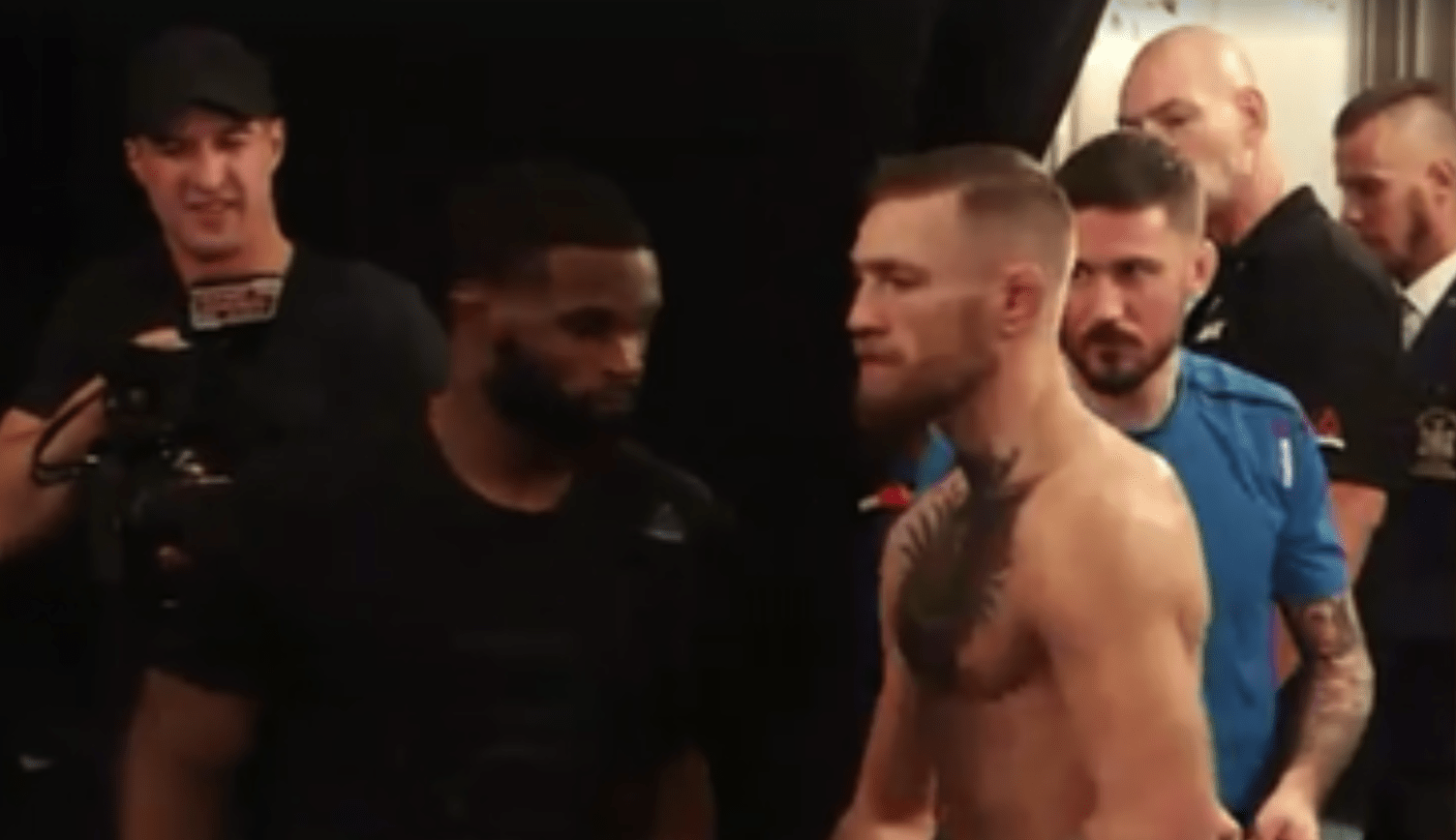 Tyron Woodley has just called out Conor McGregor. Whilst speaking to his buddies at TMZ Sports, Woodley said of McGregor, “Quit being a bitch, let’s fight.’

The former UFC welterweight champion made the point that both of them are coming off losses in world title fights and therefore can’t call the shots anymore.

Woodley lost his welterweight title to Kamaru Usman at UFC 235, earlier this month. McGregor lost to Khabib Nurmagomedov at UFC 229. The Irish man is currently suspended until next month, for his part in the brawl that happened immediately after his fight.