Tyron Woodley: Usman’s Only Chance Of Winning Is To Take Me Down 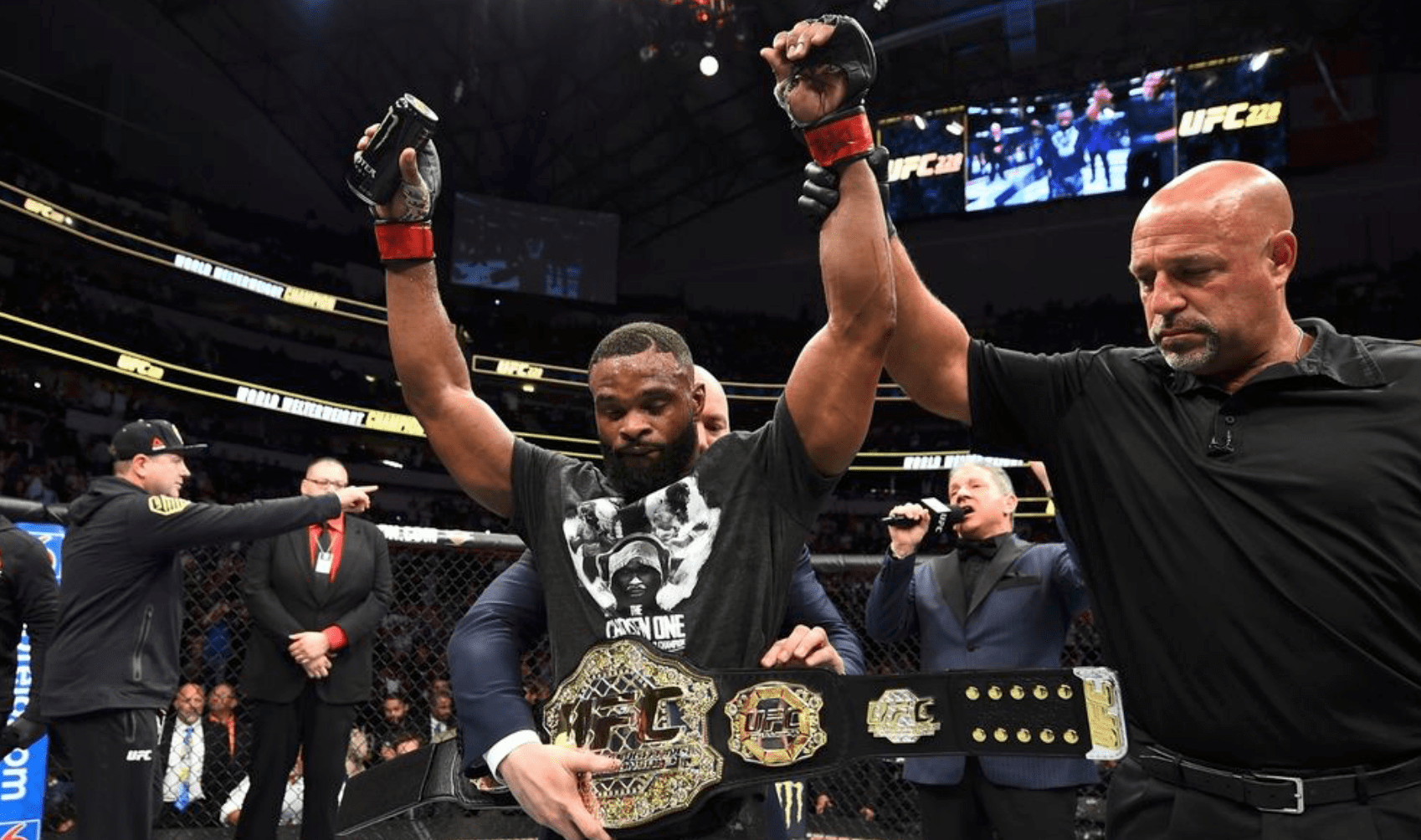 For several months, one of the biggest questions in the UFC was, who was going to challenge Tyron Woodley for the UFC welterweight title? Colby Covington or Kamaru Usman?

Despite most fans wanting Covington to get the shot at gold ahead of Usman, and indeed Woodley campaigning to fight ‘Chaos’ next, we learned in January that Usman would challenge for the 170lbs belt at UFC 235.

It’s safe to say that Covington didn’t take the news well, he’s challenged the UFC to release him, said he may never fight again, threatened to sue the UFC and has done everything he can to make some noise this week in Las Vegas, which you can see here and here.

But while Colby’s been causing mayhem during UFC 235 fight week in Las Vegas, the anticipation for the Woodley vs Usman fight has grown and grown. While ‘The Nigerian Nightmare’ is confident he will dominate the champion, Woodley believes Usman’s only chance to win the fight, is to take the fight down to the ground.

“I think I punch harder and faster than Kamaru,” Woodley told us. “He has to be able to take me down to be in a chance to win the fight.”

With ‘The Chosen One’ having so much going on in his life outside of the Octagon, we asked him if we’ll see him try his hand at anything else in the near future.

“Yes, definitely anything in the arts, I’m doing acting, stand-up comedy, music, podcasts you know I’m trying all different things, and now I am at the point where I don’t want to limit myself, I want to try and do everything,” Woodley said. “I’m now going to be a Producer, I am producing original content.”

UFC 235 will also see the UFC debut for Woodley’s good friend and training partner, Ben Askren. Which Woodley told us will make the night even more special.

“It is great, we’ve spent a lot of time together so it’s going to be fun to fight on the same card.”