Tyson Fury Is Eyeing Up Deontay Wilder And Then Stipe Miocic 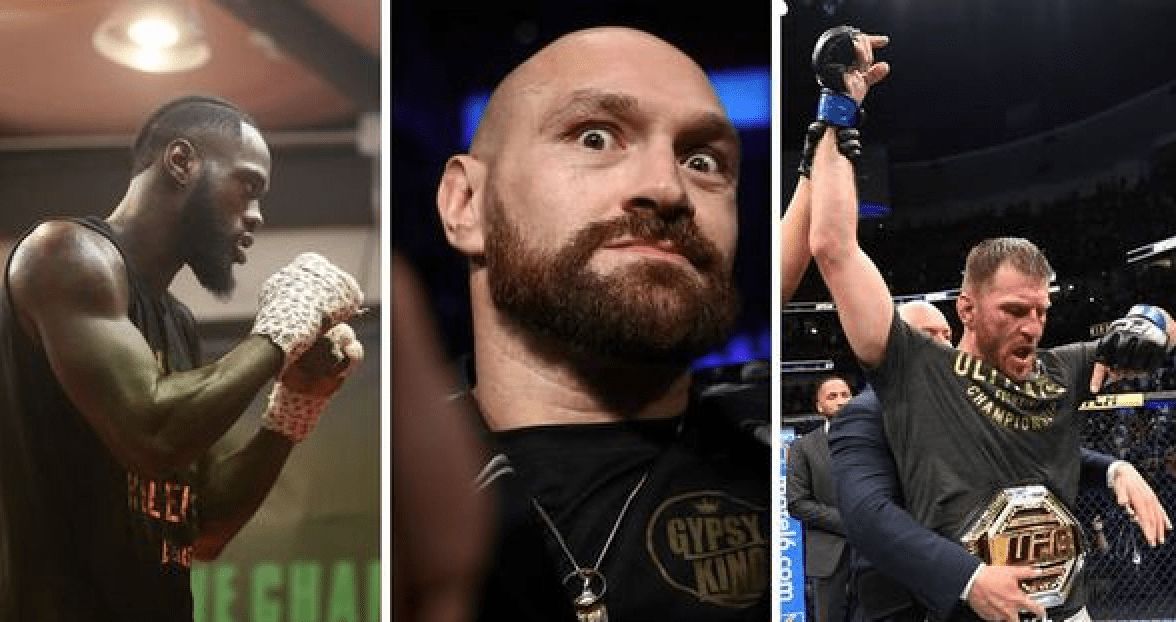 Barely a day has passed in the last couple of weeks where Tyson Fury hasn’t been in the MMA headlines. Ever since he teased his fans of a transition to MMA. The lineal heavyweight boxing champion even trained with Darren Till this past weekend.

However, any transition to the world of MMA won’t be happening in the very near future. Speaking to BT Sport Boxing at the launch of his autobiography, Behind The Mask, Fury said that he is concentrating on his rematch with Deontay Wilder right now.

Although it is hasn’t been officially confirmed yet, and Wilder faces Luiz Ortiz in a rematch in one week’s time, the rematch between ‘The Gypsy King’ and ‘The Bronze Bomber’ is expected to go down on February 22nd.

Fury did say that once he gets past Wilder though, he’d be interested in fight with UFC heavyweight champion Stipe Miocic, in a cross-over match.

“To be honest, I’m not interested in fighting [MMA] at the moment. I’ve Deontay Wilder to deal with on February 22nd and then maybe we’ll fight Stipe. Heavyweight [UFC] champion versus lineal [heavyweight boxing] champion, in a cross-over match.”

Asked about his dad John’s recent comments, where he called out UFC president Dana White, after he said that his son would get smashed in the UFC, Fury joked that the UFC boss needs to grow a pair of balls and accept his dad’s challenge.

“Dana if you’re watching, grow a pair, sign a contract to fight my dad. Battle of the baldies.”

Since Fury teased of a move to MMA three weeks ago, Miocic, Francis Ngannou and Greg Hardy have all called for boxing and MMA contests with the undefeated heavyweight boxer.

Do you think we’ll see a cross-over fight between Tyson Fury and Stipe Miocic in 2020?