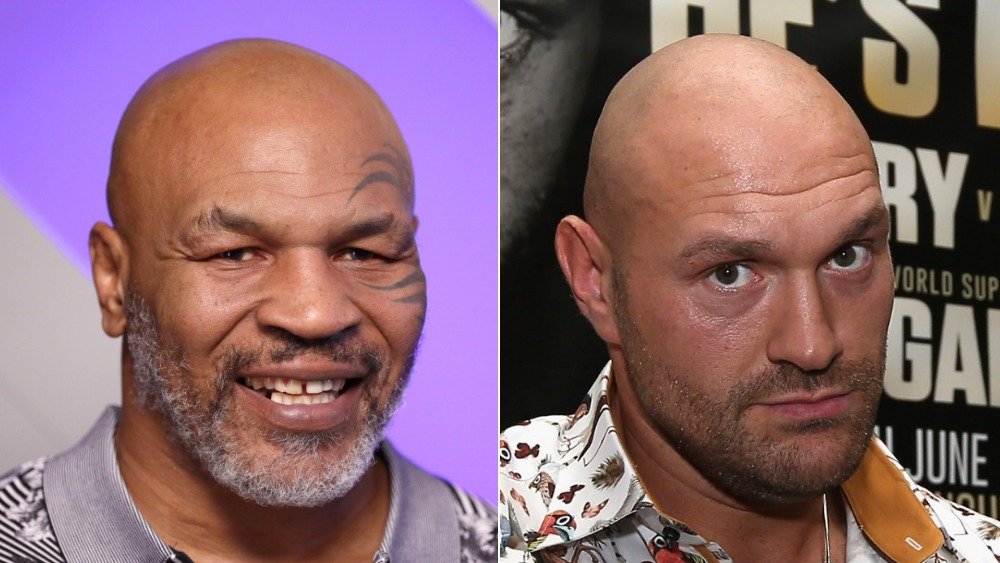 Since the former undisputed world boxing champion Mike Tyson expressed a wish to return and do some charity matches, many fighters have stepped up trying to get a fight with the legend. From the boxing legend Evander Holyfield, to MMA veterans Tito Ortiz and Ken Shamrock.

Even Tyson Fury’s father, John Fury has called out ‘Iron Mike’, stating that he is ready to die in the ring. Now, the two-time heavyweight world champion himself has told BT Sport (as transcribed by The Mac Life) that he received a phone call regarding a possible fight with Mike Tyson.

“I had a phone call saying ‘Would you like to fight Mike Tyson in an exhibition fight?’ I was like, ‘Hell yeah,’ but I don’t think anything’s materialized out of it. So I definitely think he’s serious about doing some fights or whatever,” Fury explained.

Mike Tyson said in an interview with Lil Wayne on the
Young Money Radio, that the world will be informed about his next opponent by the end of the week, and that it’s going to be a big name.

“Listen we’ve got so many guys that want to do this man. We’re in calls, we’re doing business with guys right now,” Mike Tyson said. “You’re not going to believe the names when the names come out. Sometime this week we’ll have the contract done.”

Fury commented on the possibility of Mike Tyson vs Evander Holyfield, who was the first in the mix to fight ‘Iron Mike’, shortly after the news of his return broke out. The ‘Gypsy King’ doesn’t mind this matchup if that’s what they both want, and if all relevant criteria are met.

“He’s fought Holyfield twice, but they’re both old now … I think they’re a bit long in the teeth, but then who am I to say anything what anybody’s capable of? After everybody’s unbelievable stories, I wouldn’t try to kill anybody’s dreams of doing anything they want. If they’re both fit to fight and medically fit, then let them do what they’ve got to do. It’s their life, not mine,” Fury concluded.

Would you like to see a Tyson Fury vs Mike Tyson exhibition match in a battle of the ‘Tyson’s’?