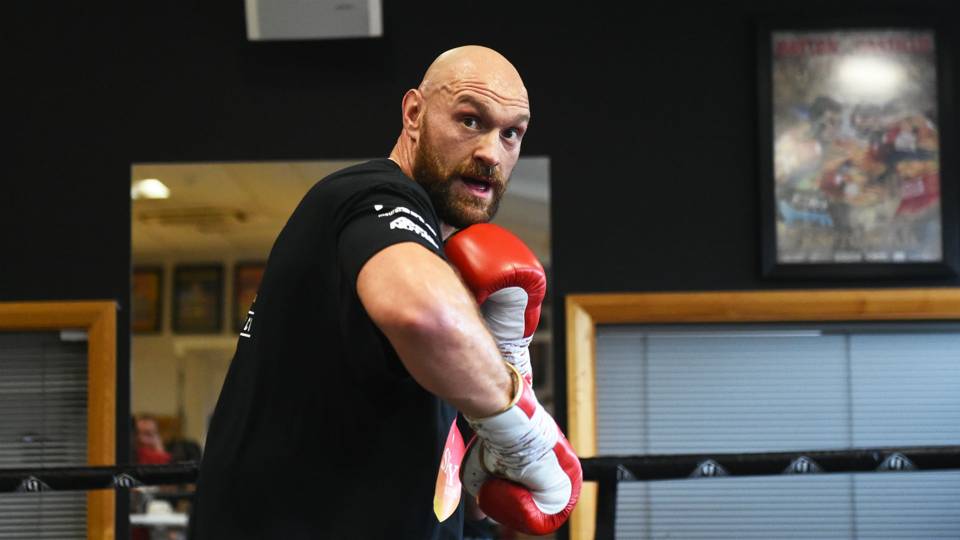 This past weekend, Deontay Wilder produced a highlight reel knockout of Dominick Breazeale. And one man who knows all about the power in Wilder’s hands, is Tyson Fury.

When asked about the KO by TMZ Sports, Fury acknowledged that it was “a great knockout, highlight reel, fantastic”. Before adding that “Wilder is a bum. He’s got a puncher’s chance, that’s it. Like I said, Wilder is a massive dosser. And he works for me.”

Asked if he had a message for Wilder, Fury said “Deontay Wilder, go suck my nuts!”

Fury and Wilder fought out a draw last December, although many believe Fury did enough to win. Despite being dropped twice by the American heavyweight.

Due to the usual politics and different TV deals in boxing, it is expected that an anticipated rematch between the two won’t happen in 2019.

Who do you think wins the rematch? When we finally get to see it!