Tyson Fury Trains MMA, Is Called Out By Ngannou, Miocic And Hardy 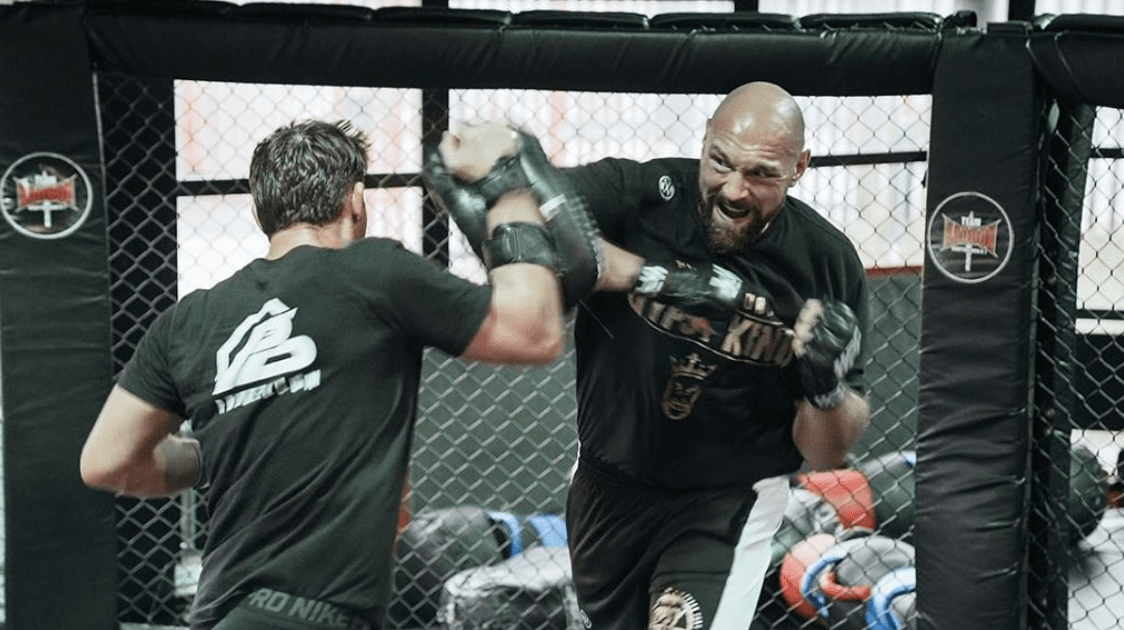 Tyson Fury continues to tease the world of a move to MMA. The lineal heavyweight boxing champion has recently stated that he has been speaking to Conor McGregor about training with the Irishman. But whereas before this weekend it had only been talk, ‘The Gypsy King’ tried his hand at MMA yesterday, training with UFC number five ranked middleweight, Darren Till.

Posting to social media, Fury first posted a short video confirming that he was going to train with Till this weekend.

Then later both Fury and Till posted videos of the two training. Where the 31 year old can be seen throwing elbows and knees.

Till also posted some photos of the two training in the cage, at Team Kaobon.

With Fury continuing to tease a move to MMA, he has got some of the top heavyweights in the UFC’s attention. Notably Francis Ngannou and champion Stipe Miocic, who he said would accept a fight with both, in a heartbeat.

Ngannou responded by saying that he had spoken to Mike Tyson about training him for a boxing contest with the former boxing heavyweight champion. Speaking to TMZ Sports, ‘The Predator’ has now stated that he ‘definitely’ wants to fight Fury, in boxing and MMA, and believes he can be victorious in both.

Miocic also responded to Fury’s comments, telling him to ‘be careful what you wish for’.

And Ngannou and Miocic aren’t the only UFC heavyweights who want to get their hands on Fury. Greg Hardy, has also said that he wants a piece of ‘The Gypsy King’. And he also wants to take him on in boxing and MMA.

“The good news is @gypsyking101 I am gonna come to the 10oz world very soon my friend. So with all do respect (shout out Ricky Bobby) if you have the stones to take a whooping in the ring and octagon. The most Active heavyweight in the UFC will oblige. #imyourhuckleberry The Gypsy King Vs The King of War 2021″

Despite all the MMA talk, Fury is expected to rematch Deontay Wilder in early 2020. The two fought out a controversial draw in December 2018. Responding to a previous message from Ngannou, Fury said he would be coming for the UFC heavyweights, once he’s cleared out the boxing heavyweight division.

Do you think we’ll see Tyson Fury transition to the world of MMA in the future?