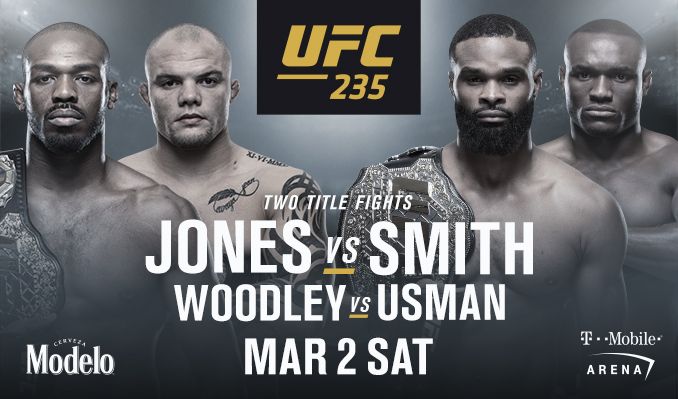 UFC 235 press conference is officially in the books, and it certainly lived up to the hype. Dana White informed to the media that the fight between Holly Holm and Aspen Ladd has been cancelled. Ben Askren and Robbie Lawler showed respect to each other. However, the highlight of the night was certainly the interaction between Askren, Woodley and Kamaru Usman.

Askren shot down the notion of fighting Woodley, saying he would never back-stab his friend. However, Askren started calling Usman ‘Marty’, as the newest UFC acquisition and the number one contender for the welterweight title threw barbs at each other.

It didn’t take long for Woodley to chime in, as he told Usman that he laid the blueprint of how to defeat Demian Maia. Woodley also asked Kamaru to give him 30% of his purse, for showing him how to defeat Maia.

“I ain’t bringing 30 percent for you,” Usman told Woodley. “I have a bigger shovel out here. When it comes to digging deep, ain’t nobody who can dig as hard as I can dig. I want you to bring your best game. My shovel is so deep. This is one thing you ain’t never seen from me. I ain’t backing up. When you hit me, I’m not backing up. I’m coming. I’m coming all night long.”

Woodley also mentioned how he knocked people out, and reminded Usman that he could out-strike and out-grapple him. The champion also told Kamaru that he was his ‘mentor’.

“I’m your mentor,” Woodley said. “You talking back to your mentor right now. I haven’t seen a person on the roster who can do it, and you can’t do it.”