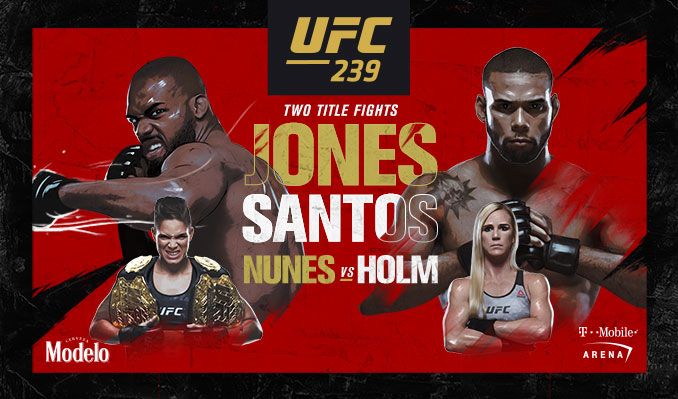 We’re less than two weeks away from UFC 239, which comes at the end of the UFC International Fight Week. UFC 239 will go down on July 6th, at the T-Mobile Arena in Las Vegas.

As is always the case with the International Fight Week’s Fight Night, it’s a another stacked card. Headlined by Jon Jones defending his light heavyweight title against Thiago Santos and Amanda Nunes defending her bantamweight title. Ben Askren and Jorge Masvidal will also face off.

In the lead up to UFC 239, we will update this page with all the best pre-fight videos, including the Embedded Series, Open Workouts, Face Offs and the Ceremonial Weigh-Ins.