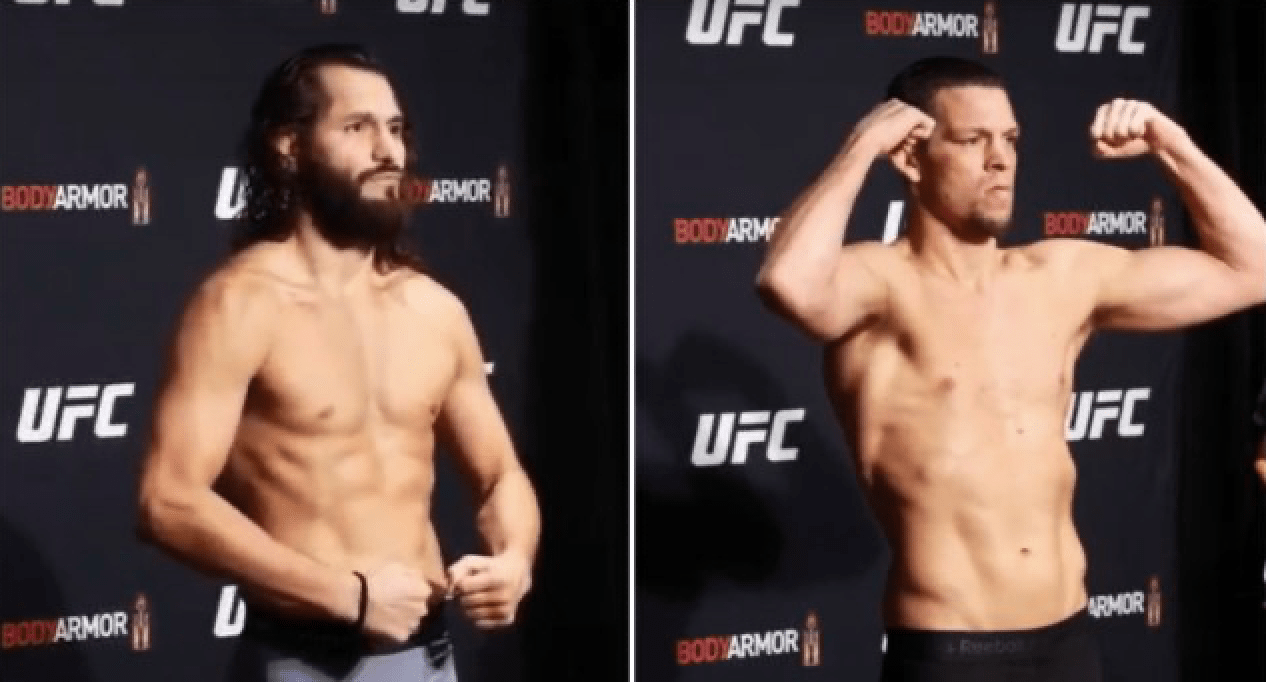 UFC 244 will witness Jorge Masvidal and Nate Diaz face each other for the right to call themselves the ‘Baddest Motherf**ker’ in the game. More than just the bragging rights, they will be given a physical championship! With Dwayne “The Rock” Johnson flying down to wrap the belt around the winner’s waist, there are more eyeballs and interest in this fight than initially imagined. While there were a few hiccups along the way, the main event for UFC 244 is now official.

In the co-main event of UFC 244, Kelvin Gastelum will face Darren Till in a middleweight contest. This will also be Till’s debut at 185 lbs, and his first fight since losing to Jorge Masvidal earlier this year.

The fighters stepped onto the scales few minutes ago, to make their fights official during the official weigh ins. While the main and co-main event are set, there was one fighter that did miss weight. Here are the weigh-in results for UFC 244.

UFC 244 will emanate from the Madison Square Garden on Saturday, with Masvidal taking on Nate Diaz in the main event for the BMF title.