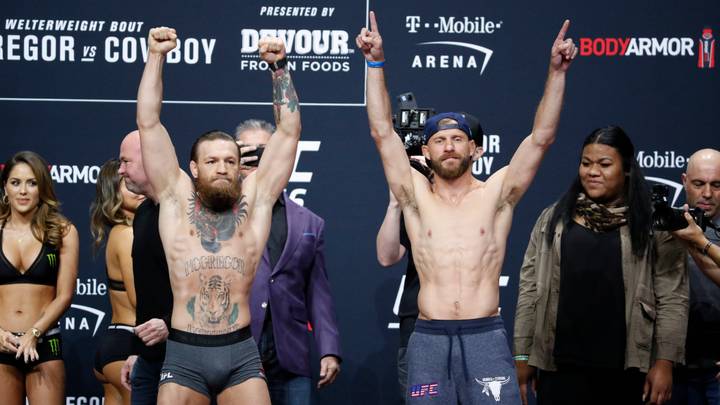 UFC 246 goes down on Saturday night at the T-Mobile Arena, in Las Vegas, Nevada. The UFC’s first card of the new decade sees the return of Conor McGregor. After fifteen months away from the Octagon, the Irishman return against ‘Cowboy’ Cerrone in the main event.

In the UFC 246 co-main event, Holly Holm and Raquel Pennington rematched. The former UFC bantamweight champion scored a split decision win in their first encounter, back in February of 2015 at UFC 184.

Ahead of the main card, Roxanne Modafferi and Maycee Barber will throw down in a fun flyweight contest, in the featured prelim bout.

You can check out the full weigh-in results and all our pre-fight videos here.


Five fighters on the card were awarded Performance of the Night Bonus Awards:


Check out how the combat sport world reacted to UFC 246: