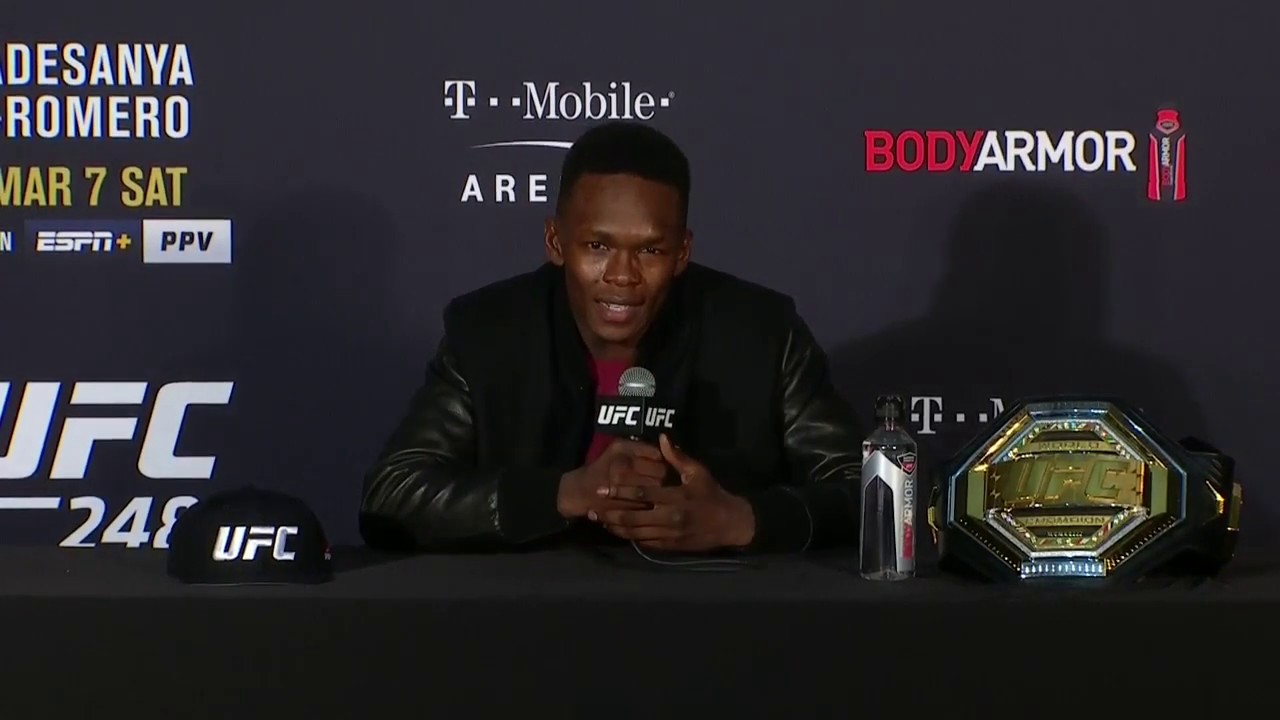 UFC 248 went down on Saturday night the T-Mobile Arena in Las Vegas, Nevada. The UFC‘s third pay-per-view card of the year was headlined by a double header of title fights. In the main event, Israel Adesanya defended his middleweight title after beating Yoel Romero via a unanimous decision. The fight was a little bit of a let down after the epic co-main event, between Zhang Weili and Joanna Jedrzejczyk.

Zhang and Jedrzejczyk went to war for 25 minutes. In the end it was China’s first ever UFC champion who just done enough, earning a razor close split decision against the former champion. Both fighters were taken to hospital immediately after the fight.

Elsewhere on the UFC 248 card, Beneil Dariush and Sean O’Malley both scored impressive first round finishes against Drakkar Klose and Jose Quinonez, respectively.

After Emily Whitmire was forced out of her flyweight fight with Polyana Viana, after she was hospitalised, UFC 248 proceeded with eleven fights. Interestingly, all eleven fighters fighting out of the red corner won on the night.

You can check out the full results from UFC 248 here and the Performance of the Night Bonus Awards here.

You can also see how the MMA world reacted to UFC 248 here:


Below, we’ve shared some of the best UFC 248 post fight videos, including the press conference with Dana White, Israel Adesanya, Yoel Romero and Paulo Costa. We will continue to add more videos in the coming days.