UFC 249: Khabib Nurmagomedov Hits Back At His Critics 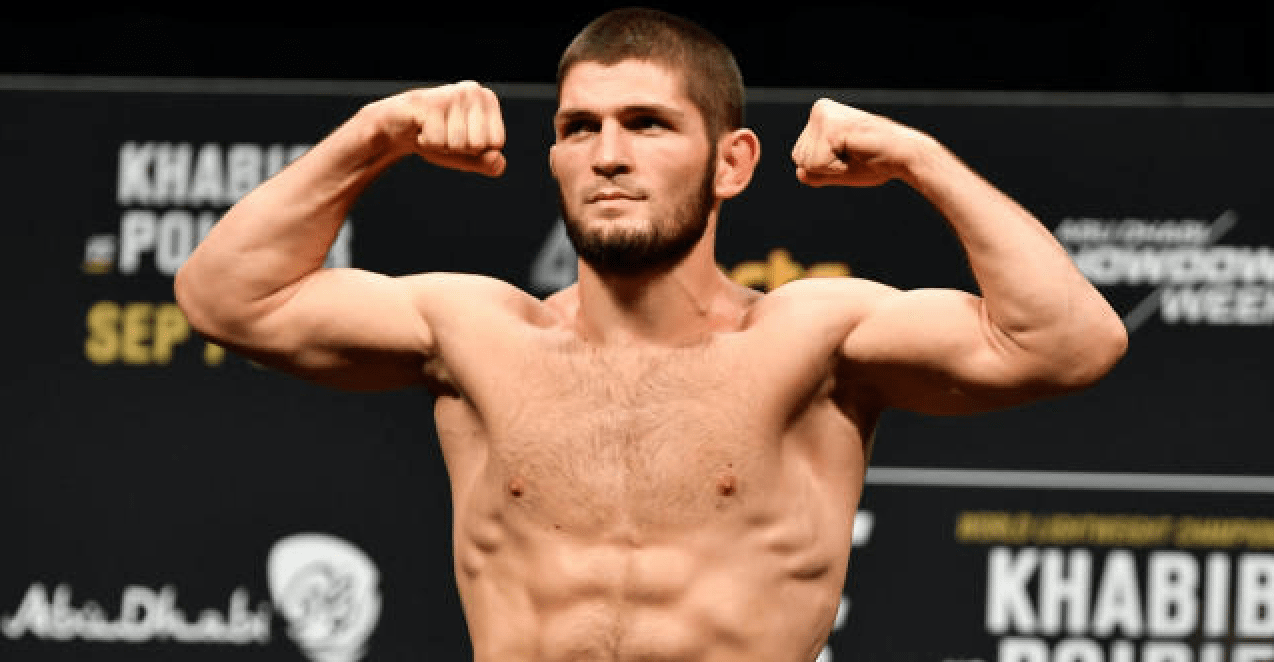 Despite Khabib Nurmagomedov all but ruling himself out of his UFC lightweight title defence against Tony Ferguson at UFC 249, as a result of the global lockdown due to the coronavirus pandemic, the rollercoaster that is Khabib vs Tony continues.

In the last few hours, Khabib has once again taken to Instagram Live (as transcribed by MMA Junkie) to address some of the criticism he has received from some fans, following his two recent statements where he detailed being locked in Russia.

“Nobody knows location, but everyone wants me to fly somewhere. I don’t understand this. UFC tried to find a location [almost one month ago]; they don’t find. What about me? This is my mistake? UFC don’t send us location. Where [are] we going to fight? I don’t have location; that’s why I’m not going to fight.

“Where we going to fight? Nobody talks about this. Everybody now sit home, and they try to find someone [to blame]. They have to put pressure on someone because people are bored. Soccer closed, hockey closed, NFL, NBA, soccer, Olympic games, European championships – everything is closed. Now Tony vs. Khabib, this is maybe closed, too. Now they have to push someone.”

Having started his training camp in Dagestan in December, Khabib then moved it to AKA in San Jose at the start of the year, where the intention was to train up until the fight April 18th. However, after being told by the UFC that UFC 249 would not happen in the U.S., Khabib returned home to Dagestan two weeks ago.

“We left San Jose. We landed in Dubai. We landed 8 p.m. at night. They say [at] 12 a.m. they close [the] gate. We tried to go in, but this is impossible. They say this is impossible. Then I say, ‘OK, whatever happens we’re going to go to Dagestan and keep training.’ After Dubai, we come to Dagestan and keep training. Right now I finish my training. Every day I’m training, and I’m waiting for location, but they don’t send me.

Before returning home in Dagestan, Khabib initially travelled to Abu Dhabi, having been told that his fight with Ferguson was almost definitely going to take place in that part of the world. However yet again, the plans changed.

“My name is Khabib. I am not coronavirus. My name is not coronavirus. Dana is Dana. Tony Ferguson is Tony Ferguson. My name is Khabib, but No. 1 thing what make me crazy is people say I pull out, or I do something. I don’t understand this. I’m still training since December, I train very hard since December. I [came] to U.S. because UFC [gave] me location, New York. I come to U.S. I’m training 40 days. Then when everything [went] crazy they say, U.S. 100 percent no fight. We move to Dubai. Why? They told me 99 percent it’s going to be in Dubai.

“My last training camp I come to U.S, I train with coach [Javier Mendez] for 55 days, then we move to Abu Dhabi because fight was in Abu Dhabi. I understand. OK, if it’s not Abu Dhabi, no problem. We did this before we can do it one more time. We come, and they close gate, but this not my problem. I make no mistake. One more time I want to say I am Khabib; I am not coronavirus.”

While it still remains unknown if UFC 249 will still go ahead and if so, whether Ferguson will be on the card, Khabib has some alternative dates to book a fight with Tony for a sixth time.

“I hear the UFC work on [making] show in San Francisco in August. This one is very good. Maybe in August everything is finished, but nobody knows. I hear they going to make show in middle of September in Abu Dhabi. Maybe, I don’t know. If not they can’t make show, after Ramadan is going to be August. But even right now in U.S., nobody knows when this is going to go down.

“Maybe, I don’t know. If now they can’t make show, of course after Ramadan is going to be August. But right now in U.S. everything goes crazy. Nobody knows when this thing’s going to go down. Nobody knows. Maybe June. Maybe July. But for sure, April, May is going to be crazy months. Too much questions. Right now, it’s time to think about [health]. Stay healthy. Take care of yourself.

“Nobody talk about nothing. They only talk about one situation. One fight. Now they want someone to push. I don’t understand this. Number one thing right now, a lot of people, thousands of people everyday die in the world because of coronavirus. All world closed. All gates closed. It’s like nobody can go in, nobody can go out.”

Soon after speaking on Instagram, Khabib spoke to ESPN‘s Brett Okamoto, where he continued to defend himself from the criticism of some fans.

Despite Khabib denying that he is 100 percent out of UFC 249, in a text message to Yahoo! Sports’ Kevin Iole, Dana White stated that “Everyone knew he’s not fighting”.

Do you think the UFC should just reschedule Khabib Nurmagomedov vs Tony Ferguson to August or September, after Ramadan? And hope the sixth time is a charm!