UFC 249 – Ponzinibbio Calls Out Woodley: I’ll KO Him In The First Round 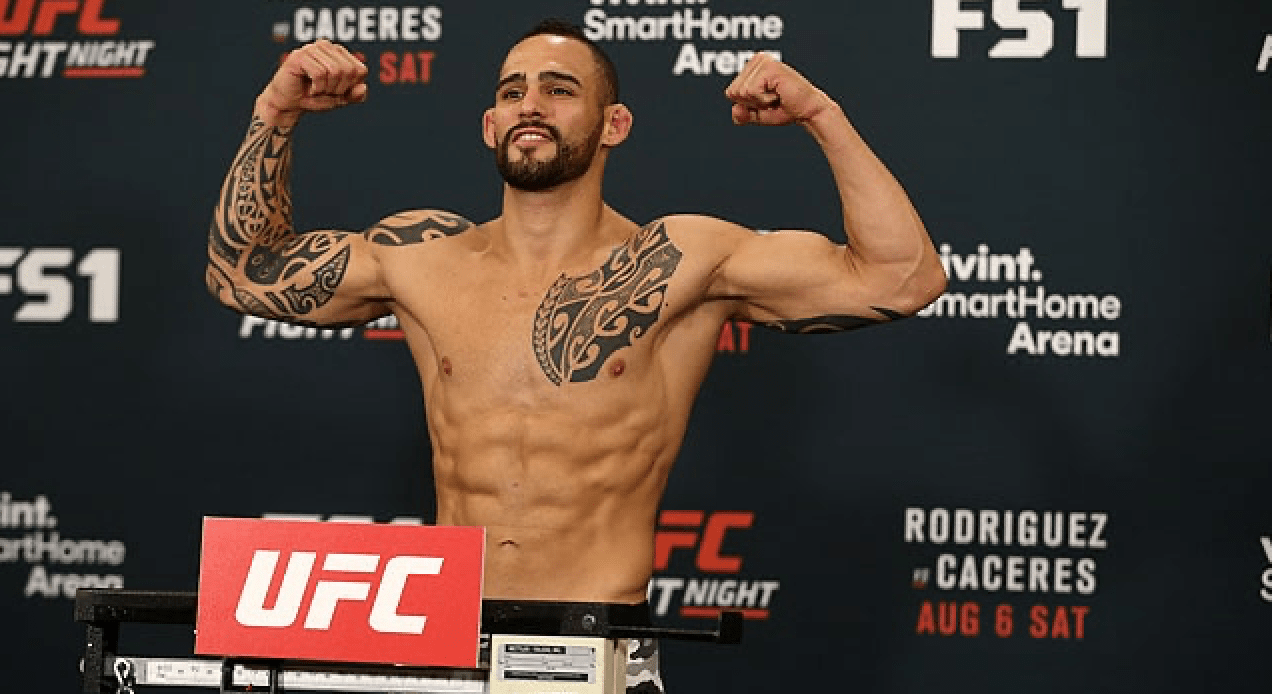 Santiago Ponzinibbio really wants to be on the UFC 249 card. Last week he offered to step in and face Tony Ferguson at a catchweight, after Khabib Nurmagomedov all but ruled himself out of the April 18th card, due to the coronavirus pandemic. Now the Argentinian has called out the former champion, Tyron Woodley.

The 33 year old hasn’t fought in seventeen months due to injury and is desperate to get back inside the Octagon. Speaking to MMA Fighting, Ponzinibbio said he wanted to fight Woodley in the UFC 249 main event, and predicted a first round knockout.

“Just saw on the media that Tyron Woodley is saying he’s ready to fight at UFC 249, that he’s training and ready to do the main event, so I’m here. I’m ready to take this fight. I’d be happy to do this main event and knock him out in the first round. This is my fight. In two weeks, I’m in.”

Woodley has been calling out Colby Covington, stating that this is the last time he’s prepared to fight him. Ponzinibbio however, doesn’t believe that ‘Chaos’ is fit to fight after allegedly breaking his jaw against Kamaru Usman in December at UFC 245.

“He’s asking for Colby Covington but he’s not ready, he fractured his jaw. I’m ready, brother. I’m ready to beat him up.”

Ponzinibbio went on to say that Woodley only takes easy fights and doubled down on his prediction that he would knockout ‘The Chosen One’ in the very first round.

“I’ve been away for a while with an injury and I haven’t trained for a while. What more does he want? He only takes easy fights so I’m coming off an injury, which is great for him, but I’ll still beat the s*** out of him and knock him out in the first round.

“I’m not training, I’m away for a year and a half, there are no other advantages I can give him. I’ll fight with one arm tied behind my back if he wants, and I’ll still beat the s*** out of this guy and knock him out in the first round. Let’s see if he’s man enough to take this fight.”

It would appear though that if Ponzinibbio isn’t on the card already, he probably won’t be fighting on April 18th. In the last few minutes, UFC president Dana White has responded to a fake Ariel Helwani Twitter account, saying that he will announce the full UFC 249 card tomorrow (Monday).

Would you like to see Santiago Ponzinibbio vs Tyron Woodley headline UFC 249?