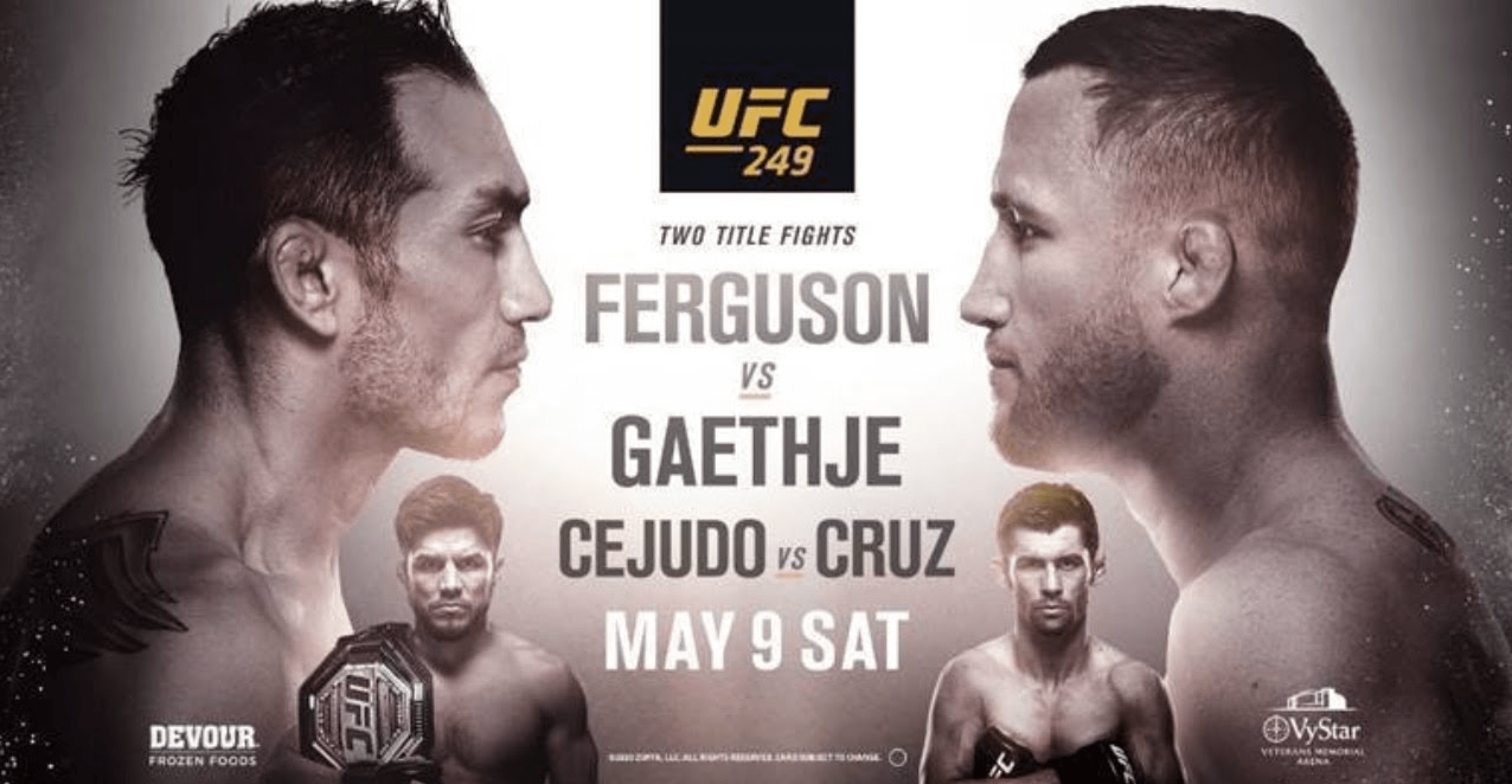 UFC 249 is now set to go down on May 9th. It was originally scheduled for the Barclays Center in Brooklyn, New York on April 18th. However, as a result of the coronavirus pandemic, it was then set to take place at a secret location, which then turned out to be the Tachi Palace Hotel and Casino in Lemoore, California. It now has a new date and a new home, at the VyStar Veterans Memorial Arena in Jacksonville, Florida. And whereas the main event was originally going to feature Khabib Nurmagomedov vs Tony Ferguson, it will now see ‘El Cucuy’ and Justin Gaethje fight for the UFC interim lightweight title.

Khabib and Tony have now been scheduled to meet five times, going back to December 2015, when Khabib broke a rib before the fight. They were then set to meet again four months later but Ferguson was forced out due to blood/fluid on his lungs. Almost a year later, Khabib botched his weight cut. Ahead of UFC 223 in 2018, Ferguson ruptured his LCL ligament when he tripped over some cables whilst carrying out media obligations.

And while many fans thought that the fifth time would be a charm, the coronavirus came along and put the world on a lockdown, stopping the world of sport in its track. After Khabib ruled himself out as a result of being stuck in Russia, the UFC brought in Gaethje as a replacement.

For the third time, as we get closer to the newly scheduled UFC 249, we will post the very best pre-fight videos to this page. Including the official promos and Embedded Series.


You can also find the official UFC 249 weigh-in results below:

* Per the UFC, Stephens will pay Kattar 30% of his fight purse