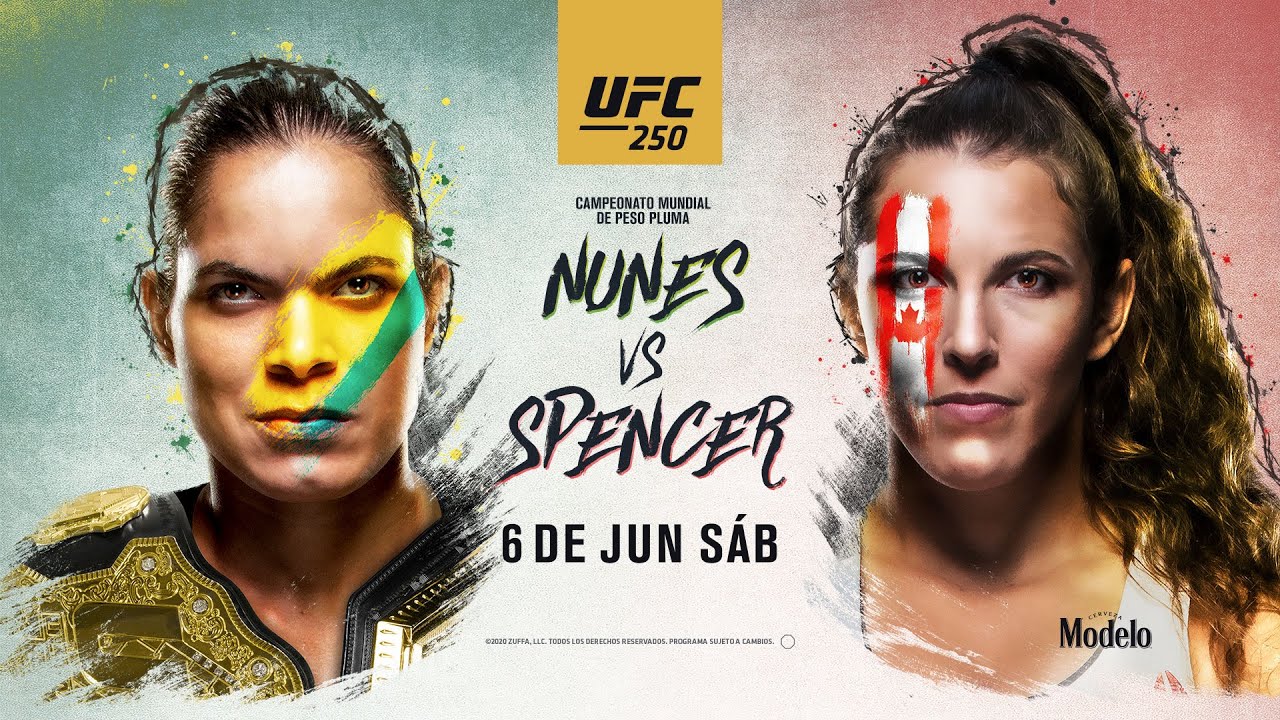 It’s been an eventful few hours for the UFC. Following the promotion’s successful return earlier this month, with three events in Jacksonville, Florida, the plan was to return back to Las Vegas to hold at events at their APEX Center. Starting this weekend with the card headlined by Tyron Woodley vs Gilbert Burns, and including the UFC 250 the following weekend.

Before any fights could take place at the UFC APEX however, the Nevada State Athletic Commission (NSAC) needed to approve the fight nights. While it was expected that permission would be granted, in the last few hours, the NSAC have officially given their blessing to the next two UFC events, for this weekend and on June 6th. The commission also approved the UFC’s improved coronavirus protocol.

With confirmation that the UFC can push on with their next two events, in the last hour, the promotion has confirmed the rest of main card for UFC 250. In the co-main event, Raphael Assuncao will face Cody Garbrandt in an exciting top ten bantamweight clash.

Also fighting on the main card, Aljamain Sterling and Cory Sandhagen will fight for the number one contender spot in the 135lbs division, Neil Magny and Anthony Rocco Martin will clash in the welterweight division, and the hugely popular Sean O’Malley will take on Eddie Wineland. It had already been confirmed that Amanda Nunes will defend her UFC featherweight title against Felicia Nunes in the main event.

With Sterling and Sandhagen fighting for the number one contender spot at bantamweight, and Henry Cejudo officially retiring and being removed from the rankings, we need a title fight for the vacant 135lbs title. And in the last few hours, UFC president Dana White has confirmed to ESPN that Jose Aldo and Petr Yan will fight for the vacant belt.

Aldo was scheduled to challenge Cejudo for the bantamweight title on May 9th at the original UFC 250, before the coronavirus removed him from the card and eventually saw the date and location changed completely. Eyebrows were raised previously when the former featherweight champion got the title shot, having come off two straight losses to Alex Volkanovski and Marlon Moraes.

Yan on the other hand, is unbeaten inside the UFC Octagon and is coming off a head kick knockout win over Urijah Faber, at the end of last year at UFC 245.

Not done there, the UFC has also filed four trademarks for UFSEA. Washington based trademark attorney Josh Gerben, was first to report this on Twitter. The promotion previously filed for the trademark for ‘Fight Island’ and ‘UFC Fight Island’ last month.

This past weekend on the Last Week Tonight Show, John Oliver mocked the UFC for buying a ‘Fight Island’ to continue to put fights on during the coronavirus pandemic, and said that the promotion had missed a trick by not calling it UFSEA.

“Now, is [Fight Island] a clever name? No. Is it the perfect name? Yes, because it’s the first thought an idiot would have if they wanted to name a private island where fights happen. Now he could have called it Brawlhamas or Puerto Ruckus or Owie Maui or Slam Miguel but he didn’t, he didn’t do that. And he didn’t even go with the obvious for an island where you stage UFC fights, which is simply UFSEA. Look at me, Dana, why didn’t you just call it UFSEA? It’s perfect!”