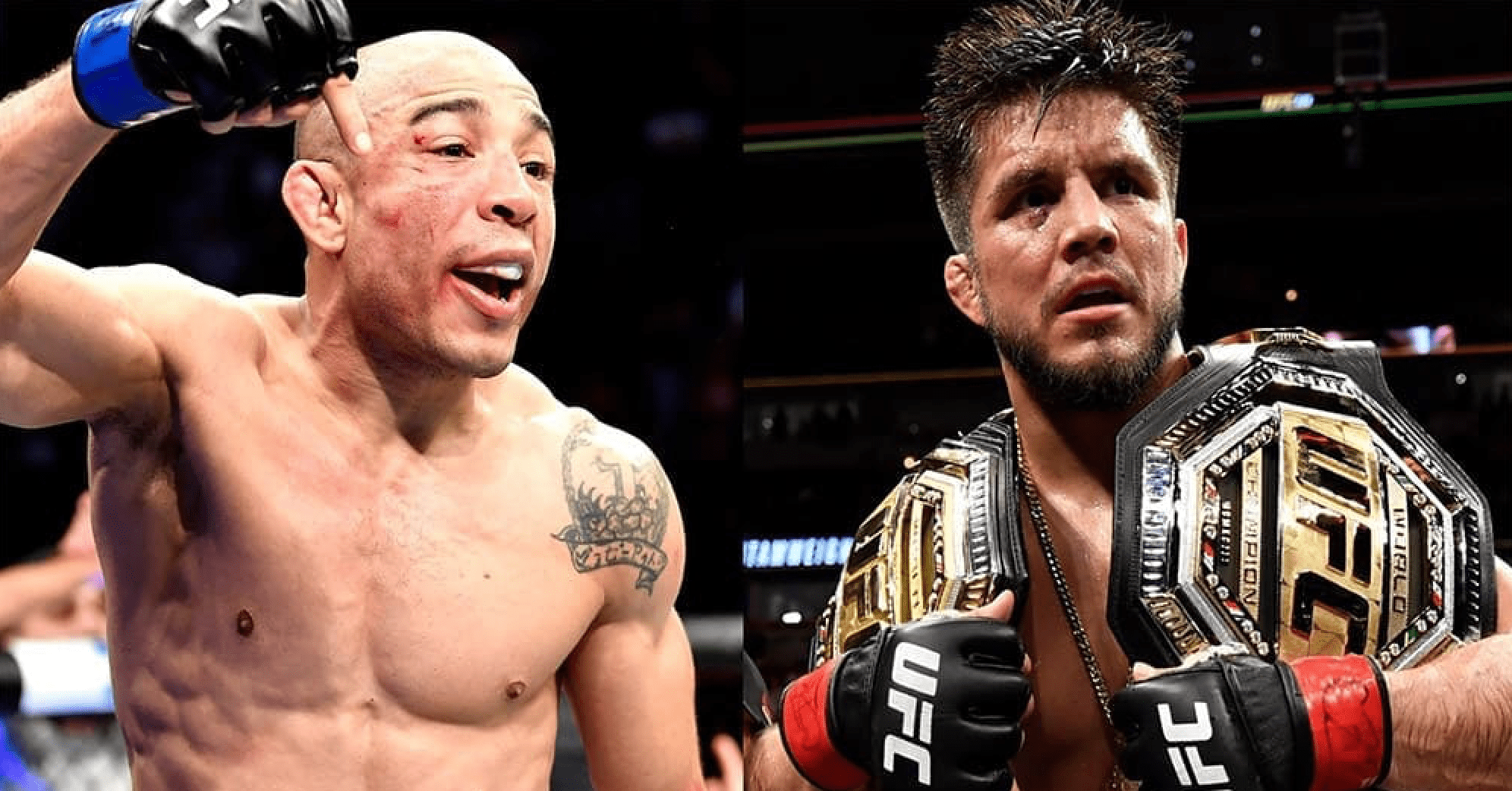 Six weeks out from his highly anticipated matchup against the bantamweight Champion Henry Cejudo, Jose Aldo is doing his training at home because of the coronavirus pandemic which has now spread to his city of Rio De Janeiro, Brazil. Training ahead of UFC 250 on May 6th, the former featherweight king told MMA Fighting that he is having to take an unorthodox approach to his training in the midst of this global phenomenon.

“I’ll separate a group of athletes, no more than five fighters that have been in quarantine as well, and I know they don’t have it, so they can train with me. I’ve proven I don’t have it [by staying at home for two weeks]. If they don’t have it either, we can train and have contact. I’ll train exclusively with that group.”

“We’re all isolated. We’re in quarantine, so, when it’s over, we’ll take all the precaution needed and be able to train jiu-jitsu and spar. We’ll be able to do normal training. The gym is closed, so we’ll open it just for us and train without risking getting contaminated or contaminating others.”

Aldo, while he is taking precautionary measures in his training camp in a battle against the Coronavirus, does not take much caution to his upcoming opponent, Henry Cejudo. ‘Scarface’ is more worried about his weight on the scale (which is currently 155.4lbs) than he does about the current king of the bantamweights.

“F***, I only need a week of training to beat Cejudo. I’m more worried about making weight than fighting him. I can be off camp, on vacation, but if you put me in the Octagon with him, I beat him with an eye closed. So, for me, it’s not about sparring, if I only have a month or a week to train, I beat him even if I’m not training. The only problem is the weight, so that’s why I’m eating well. I’m cool about the fight though, don’t worry about it.

“It’s not even close to my regular camp, of course, but I’m staying very active at home, training the way I can,” Aldo said. “I’m not sloppy or out of shape just because I’m not at the gym. I’m active, keeping my weight low, eating well, so I’m sure I’ll be fine.”

Aldo’s hometown of Rio De Janeiro has been hit with a multitude of over 800 Coronavirus cases, but he still has hopes to fight on his contracted date on May 6th, however he believes it will be behind closed doors, much like what happened at UFC Brasilia earlier this month. Jose says he is willing to fly to another location if that is not the case.

“I have no problems getting on a plane and traveling to fight. Wherever that is, I’ll fight. I’ll be doing what I love and will be fighting for my family.”

The UFC has postponed three events as a result of the coronavirus. Meaning the next scheduled card is UFC 249: Khabib vs Ferguson, on April 18th. And the former featherweight champ wishes to see how this plays out, to indicate how UFC 250 will be, a few weeks later.

“Everything can change in a split second, of course,” Aldo said. “This is the first time we’re experiencing something like this in our lives and we’re all being affected by it, so it all depends on this event now. My card is a few weeks later, so we’ll have an idea how we can deal with it. I pray and hope that God can enlighten the minds of the scientists and they can find a way to neutralise this coronavirus, COVID-19, and can find a treatment as soon as possible.”

Aldo adds that he has a sense of optimism similar to UFC president Dana White’s with the sport of MMA going forward in 2020.

“I think just like Dana, our sport will be the first to come back. He has a private jet and can fly everyone to this event. It all depends on Khabib’s fight and how it’s going to happen. Everything went perfect? Brother, he can do all fights now. We have six weeks for my fight, so we’ll know how the world will be by then, how Vegas will be, so we’ll have a better idea when we can fight. It can be anywhere. It all depends on the Khabib fight. (Just do) five fights, actually. The main card. The rest, see ya!”

Whilst it remains uncertain when and where UFC 250 takes place, Aldo is certain about one thing.

“I beat him wherever the fights goes. Easy. I’ll knock him out fast, no doubt about it. It won’t go five rounds, brother. It won’t. No doubt. If he tries to take me down, he won’t succeed because I’ve fought better wrestlers than him. I respect his history in the Olympics, he was an Olympic champion, congratulations, hats off to him, but it’s a whole other sport. It’s completely different. He won the Olympics at 55kg (121.25 pounds) and it’s completely different from MMA.

“I’m not worried about it. I have way more jiu-jitsu than him. If he takes me to the ground, I’ll submit him even if I’m not training for a year, and if we stay on the feet, I’ll knock him out. Don’t worry, wherever the fight goes I’ll knock him out.”

In the last few minutes, Cejudo has taken to social media to hit back at Aldo.

“Im going to make you eat your words Jose Baldo! I’ll be honored to give you your pink slip from the UFC because I’m about to retire you! I’m serving stinky, burnt goat on May 9th. ? ? #bendtheknee“

How do you see Henry Cejudo vs Jose Aldo going?