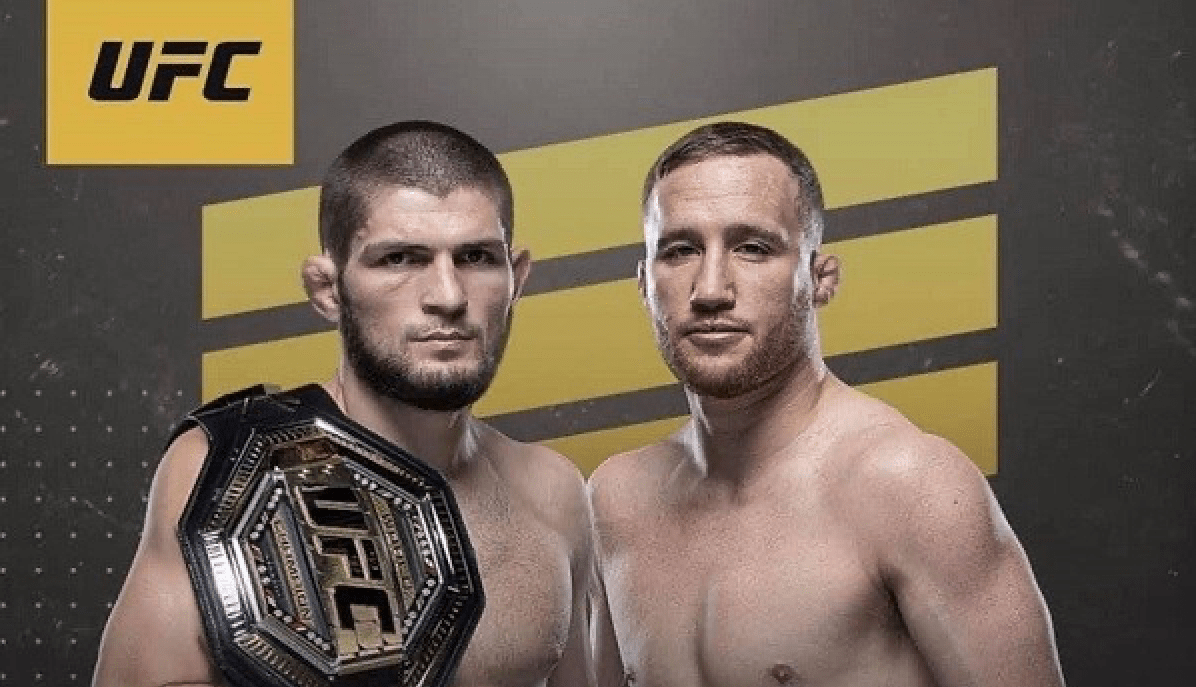 We’re only eight days from UFC 254, which will be headlined by the lightweight unification bout between Khabib Nurmagomedov and Justin Gaethje.

Khabib was set to defend his title against Tony Ferguson at UFC 249, but after he got stuck in Russia due to travel restrictions, Gaethje stepped in to fight ‘El Cucuy’ for the interim lightweight title. And despite taking the fight on one month’s notice, ‘The Highlight’ put on a clinic inside the Octagon, finishing the former interim champion in the fifth round.

Come October 24th on UFC Fight Island in Abu Dhabi, the 31 year old will have the task of becoming the first man to beat the Dagestani. In spite of Khabib’s incredible 28-0 record, many fans believe Gaethje will provide his biggest challenge to date.

Gaethje will enter the Octagon full of confidence. After losing two of his first three fights inside the Octagon, he has gone on to win his last four. All by way of KO or TKO. While Khabib remains unbeaten, he hasn’t fought in over a year, since submitting Dustin Poirier in the third round at UFC 242.

The Odds Are Leaning Towards Khabib

Although the general consensus is that Gaethje will prove to be the toughest test of Khabib’s career, the odds are leaning towards Khabib with an opening line of -260. While the Arizona native is +220 underdog.

Ever since Khabib joined AKA in San Jose, he has dominated every man that the UFC has put in front of him, taking them down to the ground and mauling each and every one of them. Gaethje however, although known for his striking, is a State wrestling champion.

If Gaethje can use his wrestling background to keep the fight on the feet, he will be pose a serious threat to Khabib’s reign as the UFC lightweight king.

Who do you think will leave UFC 254 the undisputed lightweight champion, Khabib Nurmagomedov or Justin Gaethje?