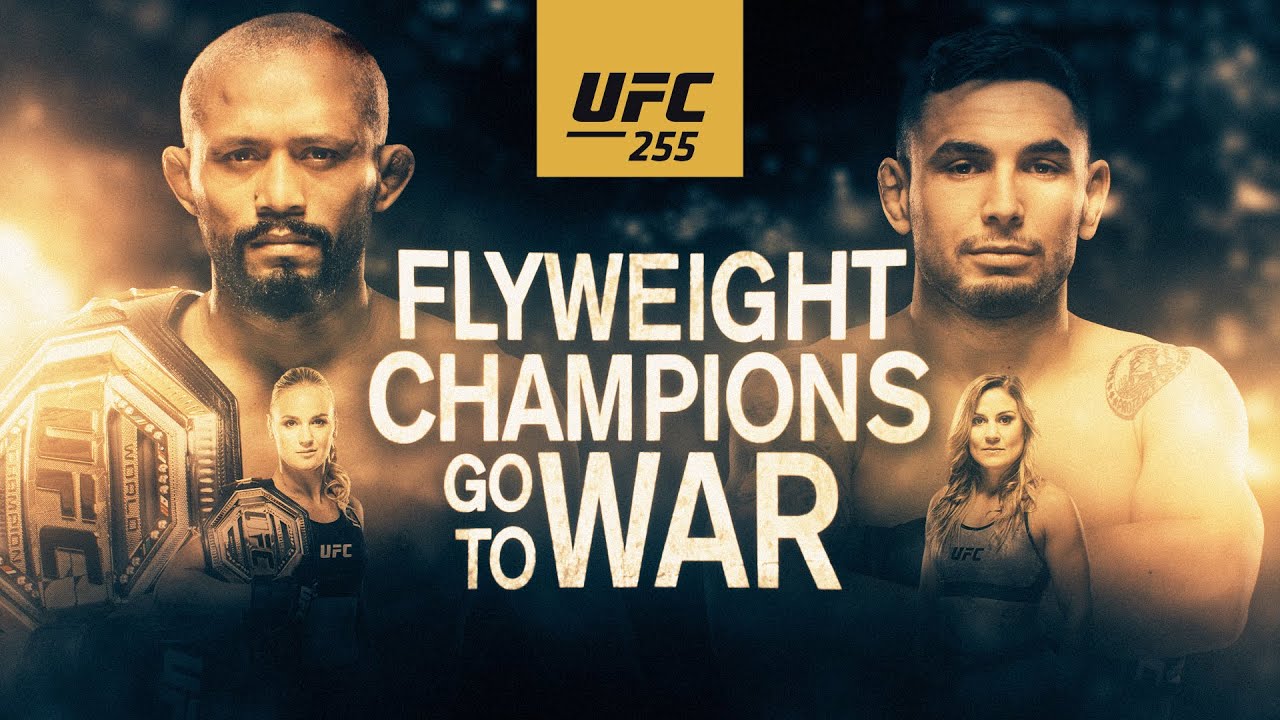 UFC 255 goes down on November 21st at the APEX Center in Las Vegas, Nevada. The promotion‘s penultimate pay-per-view card of the year will see both flyweight titles on the line. Deiveson Figueiredo is set to make his first title defence against Alex Perez in the main event. While Valentina Shevchenko will make her fourth title defence in the co-main event against Jennifer Maia.

Figueiredo is fresh off his title win over Joseph Benavidez at UFC Fight Island 2, winning the vacant title. The Brazilian was scheduled to defend his title against Cody Garbrandt but the former champion tore his bicep and was forced out. And so, in steps Perez, who is on a three fight win streak and is coming off a first round TKO over Jussier Formiga at UFC 250.

Shevchenko hasn’t competed since the beginning of the year, where she defended the belt by scoring a third round TKO over Katlyn Chookagian at UFC 247. ‘The Bullet’s’ opponent was originally supposed to be Joanne Calderwood, but the Scottish 33 year old accepted a fight with Maia instead of waiting for the champion to return from injury. The decision backfired however, after the Brazilian submitted her in the first round at UFC Vegas 5, to jump the line and earn the next title shot.

As we get closer to fight night, we will add the best UFC 255 pre-fight videos to this page. Including the official promos, the face offs and the Embedded Series. We will also add the official weigh-in results below.

* Perry missed weight by 4.5lbs and will forfeit 30% of his purse to Means

If you’re interested in the betting odds for the main and co-main events, or any other fight on the card, you can find out everything you need here.

Who do you think will leave the UFC 255 main and co-main events with the flyweight belts, Deiveson Figueiredo or Alex Perez, Valentina Shevchenko or Jennifer Maia?