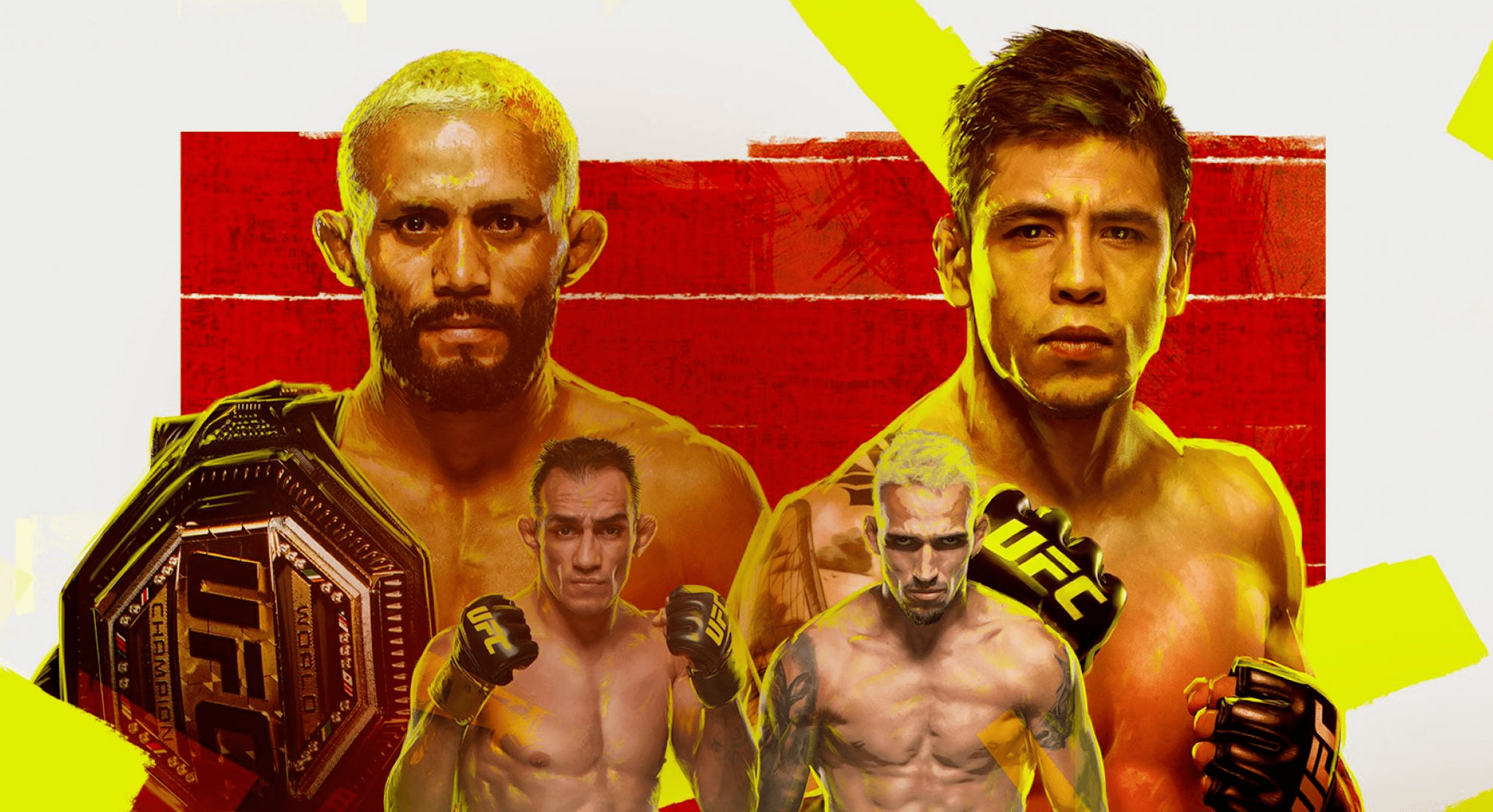 UFC 256 goes down on December 12th at the APEX Center in Las Vegas Nevada. The promotion‘s last pay-per-view event of the year has seen three title fights fall through. Kamaru Usman was scheduled to defend his welterweight title against his Sanford MMA teammate Gilbert Burns, but announced that he wouldn’t be ready in time. Megan Anderson was set to challenge Amanda Nunes for the featherweight title, but the Brazilian pulled out due to personal issues. And Petr Yan was booked to make his first bantamweight title defence against Aljamain Sterling, but he also had to withdraw due to personal issues.

All three title fights are expected to be rebooked in early 2021. The UFC 256 main card will still feature a title bout however. Just three weeks after defending his flyweight title against Alex Perez at UFC 255, Deiveson Figueiredo will defend his belt against Brandon Moreno, who also won at UFC 255.

In the co-main event, Tony Ferguson returns against Charles Oliveira. ‘El Cucuy’ hasn’t fought since losing to Justin Gaethje at UFC 249, which saw his twelve fight unbeaten streak come to an end. ‘Do Bronx’ is on a seven fight unbeaten streak, all coming by way of finish.

As we get closer to fight night, we will add the best UFC 256 pre-fight videos to this page. Including the official promos, the face offs and the Embedded Series. We will also add the official weigh-in results below.