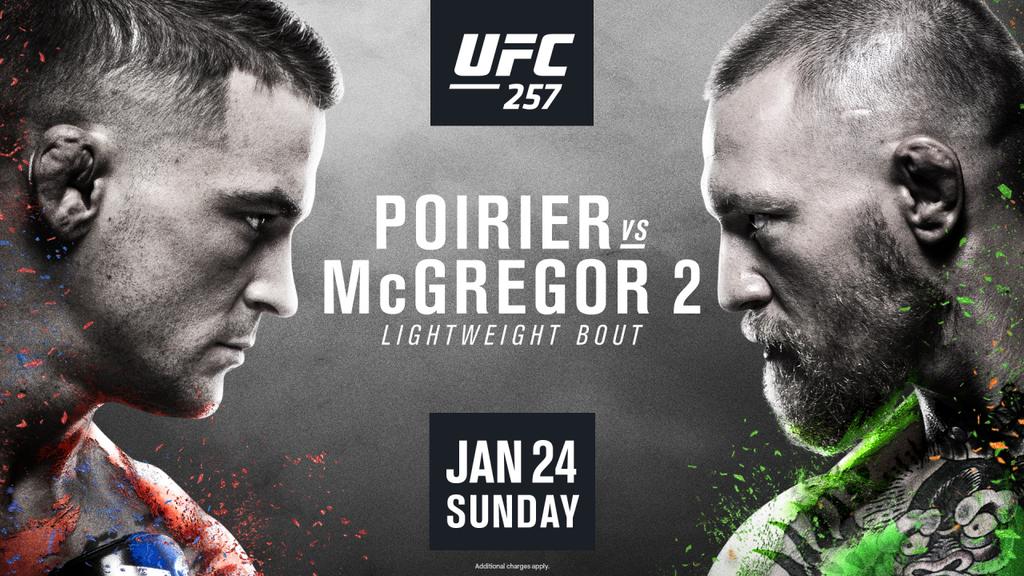 UFC 257 goes down this weekend on Fight Island in Abu Dhabi. The promotion’s first pay-per-view of 2021 sees the return of Conor McGregor in the main event. Facing the Irishman will be Dustin Poirier, six years on from their first meeting inside the Octagon at UFC 178.

The first time around, which was at featherweight, McGregor needed less than two minutes to get the job done. And the former two division UFC champion is backing himself to get the finish even quicker the second time around. Poirier on the other hand, has said he’s hoping for an all out war.

Poirier is coming off a war in his last fight against Dan Hooker last July at UFC Vegas 4, where he earned a hard fought unanimous decision win. As for McGregor, he hasn’t fought in a year, since needing only 40 seconds to finish ‘Cowboy’ Cerrone at UFC 246.

Another huge lightweight showdown goes down in the UFC 257 co-main event, as Hooker is set to welcome former Bellator champion Michael Chandler to the promotion. Elsewhere on the main card, top ten flyweights Jessica Eye and Joanne Calderwood face off, and Amanda Ribas takes on Marina Rodriguez in a strawweight top ten clash.

Ottman Azaitar was also scheduled to fight on the main card. However, after he violated the COVID-19 safety protocol, he was not only removed from his lightweight bout with Matt Frevola, but also cut from the UFC’s roster.

This Is How The MMA World Reacted To UFC 257:

The UFC returns on February 6th with UFC Vegas 18, which is headlined by a top six heavyweight clash between Alistair Overeem and Alexander Volkov.