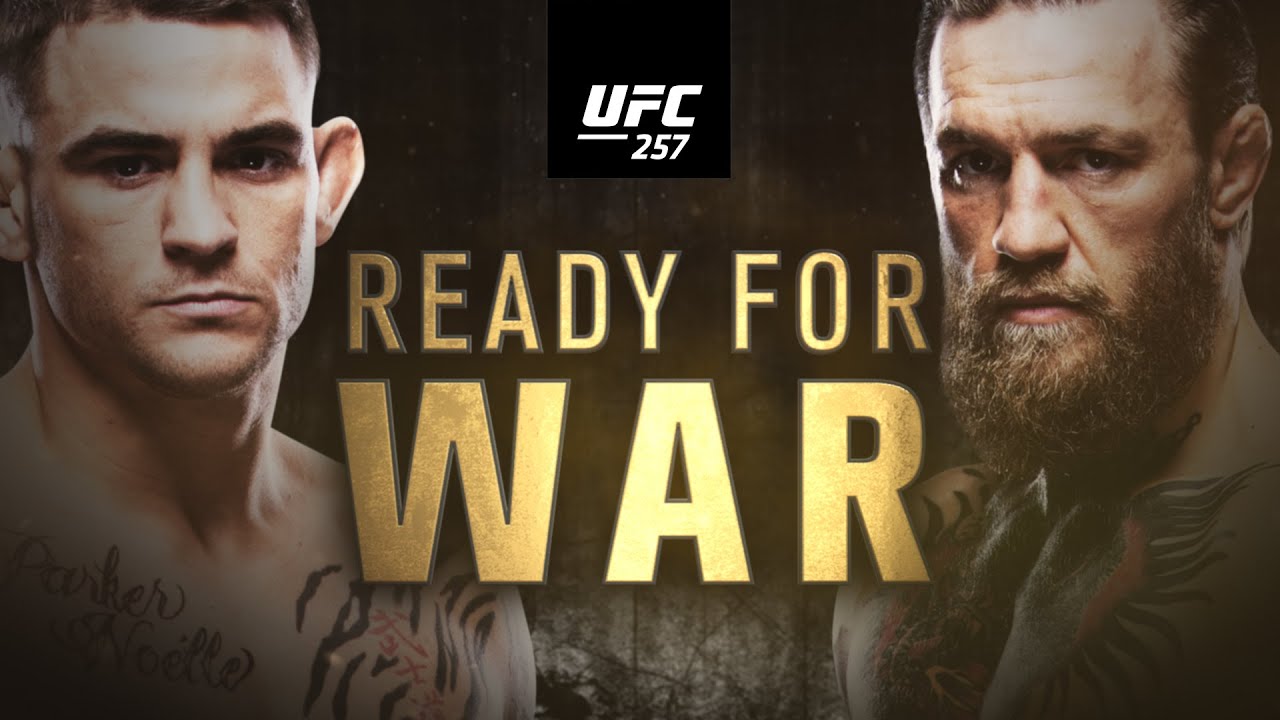 UFC 257 goes down on January 23rd on Fight Island in Abu Dhabi. The main event will see the return of Conor McGregor, in a rematch against Dustin Poirier. When they met the first time at UFC 178 in 2014 at featherweight, the Irishman needed less than two minutes to get the TKO victory.

Following their first fight, McGregor went on to win both the UFC featherweight and lightweight titles. But since then, the 32 year old has only made the walk to the Octagon twice in the last four years. Most recently, needing only 46 seconds to beat ‘Cowboy’ Cerrone in January at UFC 246.

Poirier however, has been much more active. After losing to McGregor, he moved up to lightweight where he has only lost twice in 13 fights. His success at 155lbs includes a win over Max Holloway at UFC 236 to win the interim title. After losing his unification bout with Khabib Nurmagomedov at UFC 242, ‘The Diamond’ returned at UFC Vegas 4, where he beat Dan Hooker in one of the fights of 2020.

In the UFC 257 co-main event, Hooker will welcome Michael Chandler to the UFC in another huge lightweight encounter.

As we get closer to fight night, we will add the best UFC 257 pre-fight videos to this page. Including the official promos, the face offs and the Embedded Series.

Who do you have winning the UFC 257 main event between Dustin Poirier and Conor McGregor?