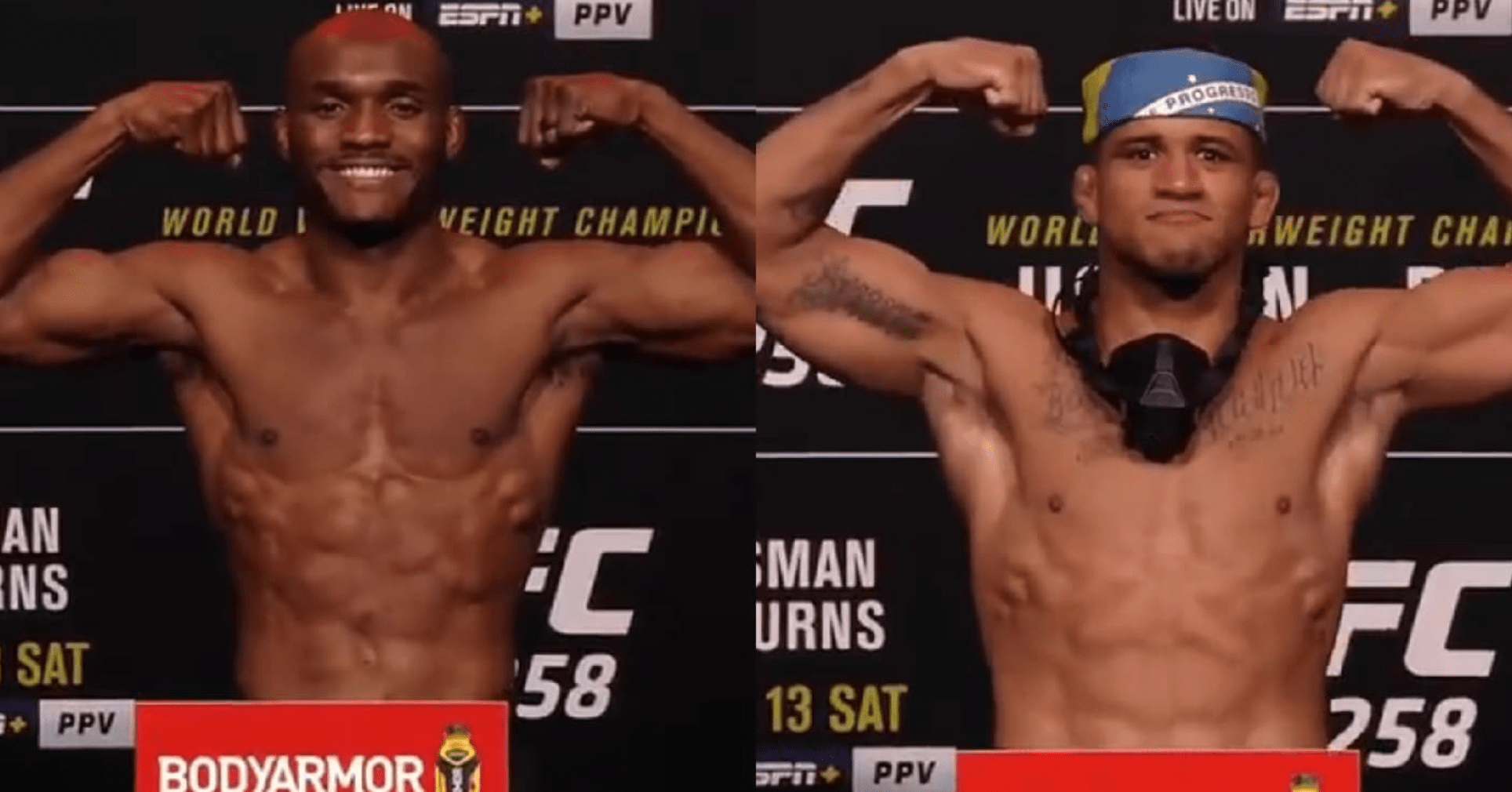 Burns was originally scheduled to challenge Usman at UFC 251, but was pulled from the card after catching COVID, and was replaced on short notice by Jorge Masvidal, who went on to lose by unanimous decision. The fight was rescheduled at UFC 256, but was scrapped again after ‘The Nigerian Nightmare’ revealed that he needed more time to heal from his injuries.

Having spent 25 minutes inside the Octagon with both men, Woodley knows better than anyone what their strengths and weaknesses are. Speaking to MMA Island (as transcribed by Bloody Elbow), the former welterweight champion shared his thoughts on the UFC 258 headliner.

“Gilbert is tough. He’s a better grappler. He’s a harder puncher. I don’t think Usman was winning the ground wars against Gilbert in the practice room,” Woodley said. “When you got a guy who knows that, he can strike a little bit more efficiently because even if you take him down you know he got a leg lock game. If you take him down, you take his back, armbar, rear-naked choke, he’s very high level. Usman has to think about that at all times. I think Gilbert is going to come after him hard. He got this chance to be a champion. I think it’s a good fight.

“Usman is very consistent, especially with making changes. He’ll go for a strike in and you know in the Colby [Covington fight] he didn’t have to go away from the straight punches. He had to go for a shot. In other fights like against Leon Edwards, he had to go for a shot to actually settle up to be successful in striking which took him back to the shot. Before you knew it, the time expired and Leon ran out of time trying to win the fight. If I had to say Usman was great in anything, he’s great at that.”

Should he lose to Burns at UFC 258, Woodley believes Usman will get an immediate rematch because he thinks the UFC is trying to push the 33 year old.

“You know what’s funny? I think if Usman loses, he will get a rematch,” Woodley speculated. “[The UFC is] trying their hardest to push him. No disrespect to Usman, he’s a good guy. You can spend so much money trying to force a star on us and it ain’t happening. Right now I feel like it’s being forced.”

Woodley also believes Burns is not getting the attention he deserves, and feels that the Brazilian is going to pull off the upset this weekend.

Do you agree with Tyron Woodley’s take on the UFC 258 main event between Kamaru Usman and Gilbert Burns?