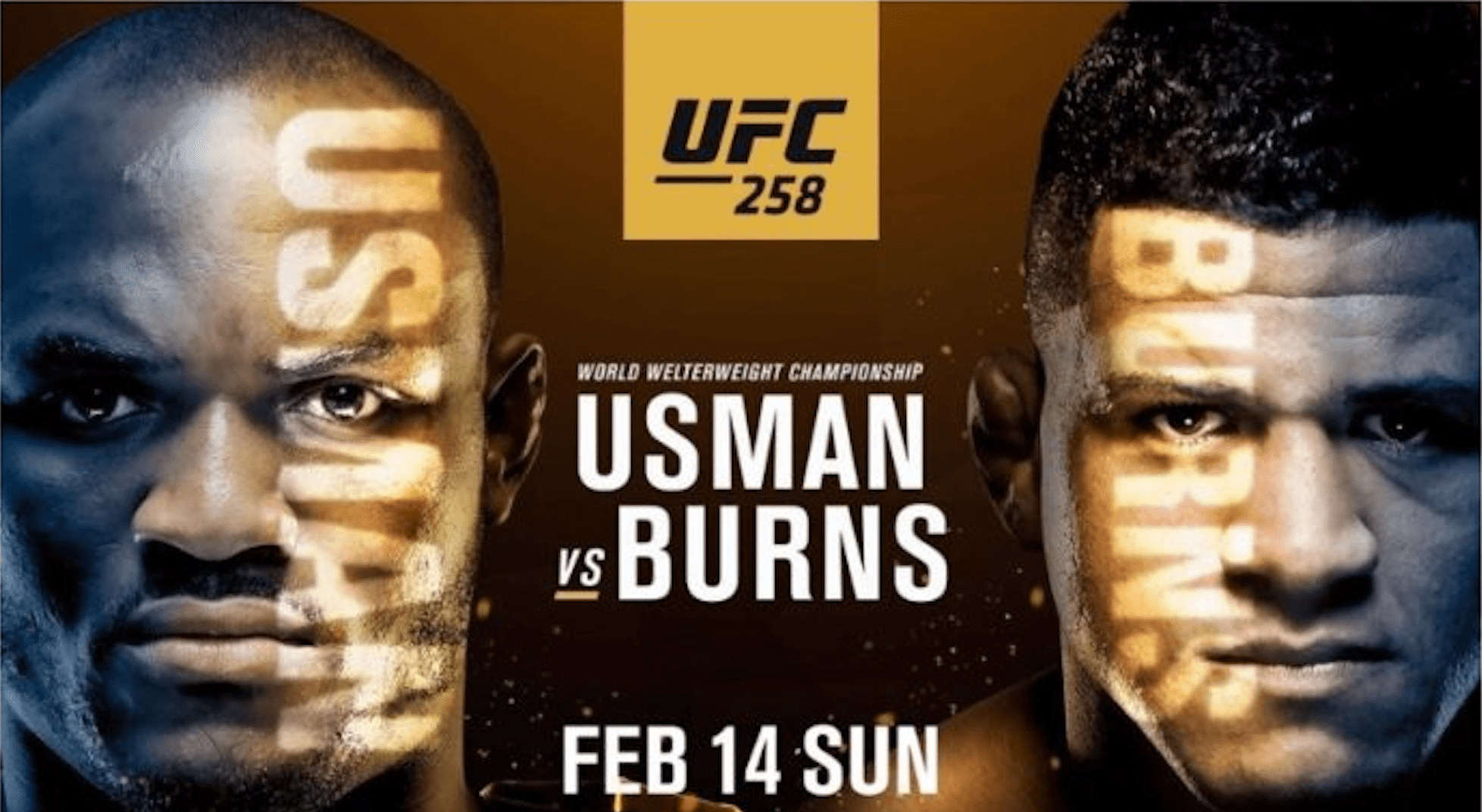 UFC 258 goes down on Saturday night at the APEX Center in Las Vegas. The promotion’s second pay-per-view of the year will see its first title fight of 2021. In the main event, Kamaru Usman puts his welterweight title on the line against his former long-time training partner, Gilbert Burns.

The pair were originally scheduled to meet at UFC 251 but Burns caught COVID, which resulted in Usman beating Jorge Masvidal on short notice. The fight was then rebooked for UFC 256 in December but the champion stated that he wouldn’t be ready in time.

Burns is coming off a dominant unanimous decision win over former champion Tyron Woodley at UFC Vegas, the man Usman beat to win the title back at UFC 235.

The UFC 258 co-main event will see a top 15 flyweight clash between Maycee Barber and Alexa Grasso. ‘The Future’ hasn’t fought in 13 months since losing for the first time in her career at UFC 246 against Roxanne Modafferi. During the fight, the 22 year old tore her ACL. The Mexican 27 year old is coming off a unanimous decision win against Ji Yeon Kim at UFC Vegas 8, in what was her flyweight debut.

Pedro Munhoz vs Jimmie Rivera was previously scrapped due to a positive COVID test and was replaced on the main card by Jim Miller vs Bobby Green. However, after weighing in the ‘King’ collapsed backstage, resulting in the fight being removed from the card. Ricky Simon vs Brian Kelleher will now feature on the main card.

Gillian Robertson’s flyweight bout with Miranda Maverick was scrapped on fight day after ‘The Savage’ came down ill overnight.

This Is How The MMA World Reacted To UFC 258:

The UFC returns next weekend with UFC Vegas 19, which features a top five heavyweight clash between Curtis Blaydes and Derrick Lewis in the main event.