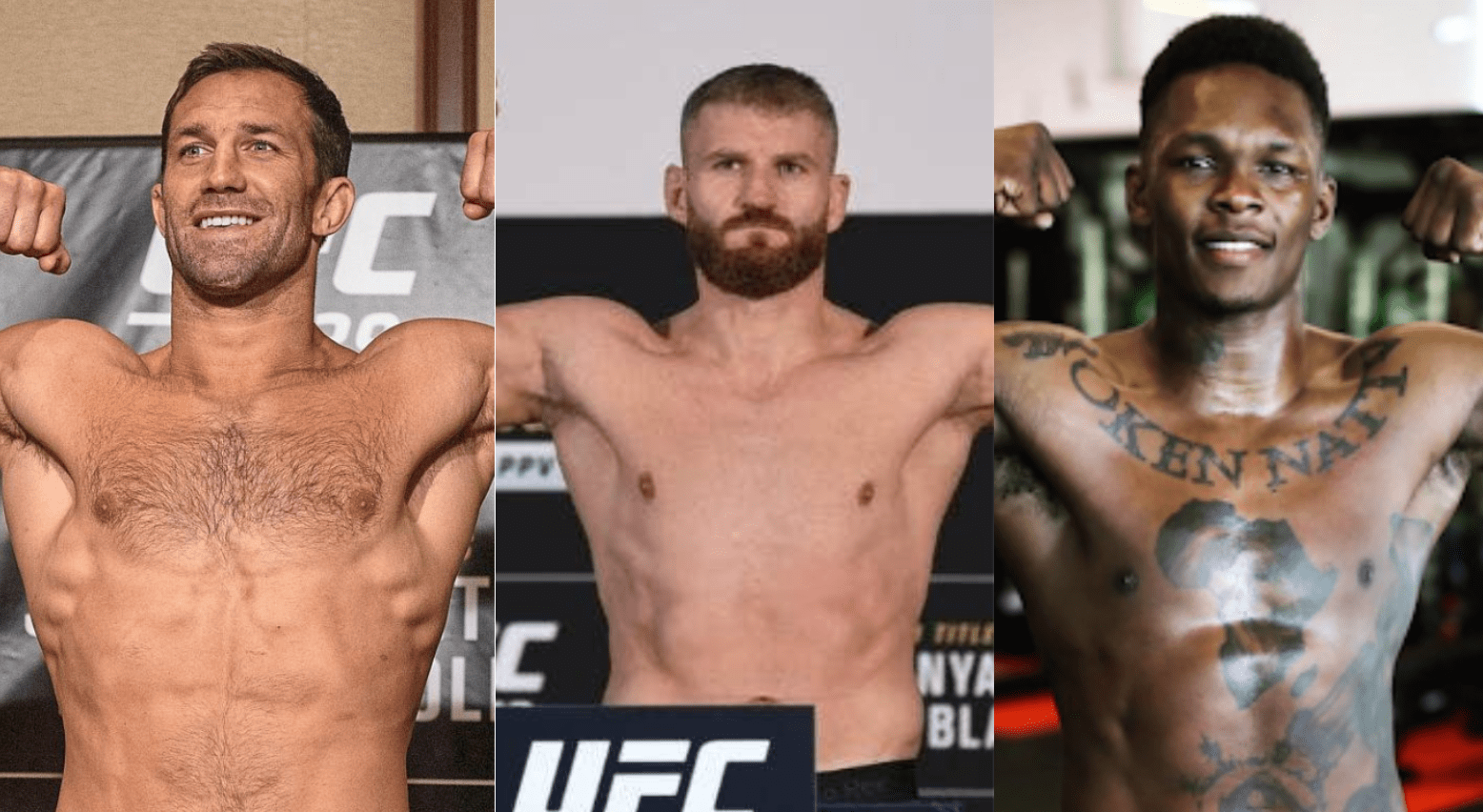 Luke Rockhold has given his thoughts on the light heavyweight title fight between Jan Blachowicz and Israel Adesanya, set to headline UFC 259 this weekend.

Middleweight champion Adesanya is a sizeable betting favourite going into the Blachowicz fight. If victorious, he will become only the fifth ‘double champ’ in UFC history, after Conor McGregor, Daniel Cormier, Amanda Nunes, and Henry Cejudo.

Rockhold made his one and only light heavyweight performance at UFC 239, but was brutally knocked out by Blachowicz in the second round. Speaking to Submission Radio (as transcribed by MMA Junkie), the 36 year old reflected on the mistakes he made against the Polish powerhouse that resulted in his defeat.

“I like Israel in the fight,” Rockhold said. “You never know, Jan has a very herky jerky style. I rushed the fight. I thought he was more visible. He wasn’t as clean and as confident as I thought he would be. I just over put myself into a takedown situation, which I don’t normally do.

“I thought I could just finish the fight pretty easily, and I wasn’t used to his size and strength and overcommitted to a takedown and just juiced my arms up. And by the time I got out of the clinch I was just like, I was watered down, had all the blood in my arms, and I couldn’t get off like I should. If I was more patient and just waited for my shots, my opportunities, I think it would be a much different fight.”

The former middleweight champion said that Adesanya won’t make the same mistakes he did, as he will pick his shots more patiently.

While Rockhold is favouring Adesanya to get his hand raised at UFC 259, he isn’t completely ruling out Blachowicz’s chances, and said that the defending champion could find success if he mixes things up.

“He’s really strong,” Rockhold revealed. “He’s a really awkwardly built guy. He’s a big dude, thick dude, and he’s got power. And he’s got a somewhat effective style. It’s very strange, but if you really tune into it, you can pick it up. So, I think Israel is in tune, and he’ll be focused enough, and I would lean on him to get this thing.

“But Jan could throw him off with some stuff. He could go for some takedowns, or I don’t know how he works him and puts him up against the cage. There are different things to kind of sway this fight in his favour.”

Luke Rockhold is recovering from shoulder surgery he had last year, but hopes to return to the Octagon this summer.

Who do you think wins the light heavyweight title fight between Jan Blachowicz and Israel Adesanya, in the UFC 259 main event?