UFC 259: Teixeira Willing To Be Backup For Blachowicz vs Adesanya 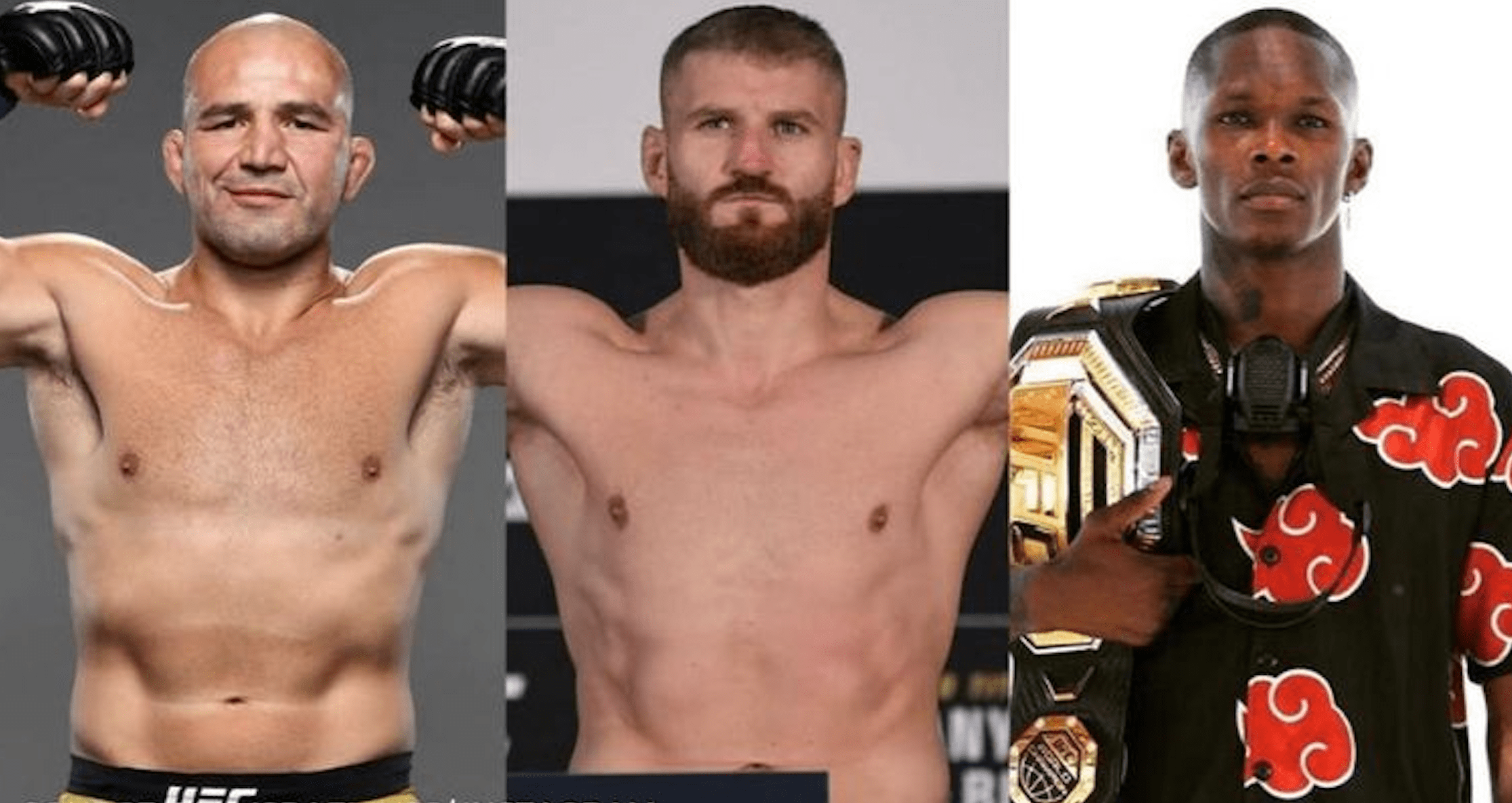 UFC light heavyweight contender Glover Teixeira is willing to serve as a backup in case the UFC 259 main event between Jan Blachowicz and Israel Adesanya falls through due to unforeseen circumstances.

Teixeira earned the number one contender’s spot after finishing Thiago Santos via third round submission at UFC Vegas 13, but instead, the UFC decided to give Adesanya the next shot at Blachowicz’s light heavyweight crown. Nonetheless, the Brazilian is willing to serve as a backup for the title fight.

Speaking to MMA Fighting, Teixeira joked that he hopes either Blachowicz or Adesanya get injured ahead of UFC 259.

Teixeira has recently returned from vacation, and hasn’t talked with the UFC over the possibility of him being a backup at UFC 259, but he really likes the idea of going through a training camp and staying sharp.

“I just got back from vacation, so I’ll talk to [my manager] ‘Joinha’ (Jorge Guimaraes) and see what we’ll do, but [being a backup fighter] is a possibility,” Teixeira said. “I would have to do a full camp so, even if I have to wait, at least I did a camp, I won’t lose rhythm. Like you said, COVID is complicated, you really have to pull out if you catch it.”

It’s no secret that Teixeira wants to fight for the light heavyweight belt as soon as possible, as he is the rightful number one contender in the division. While the 41 year old isn’t rooting for either of the two fighters, he hopes Blachowicz gets the win because it’s better for the division.

With all sorts of superfights, trash talking and symbolic belts like the BMF title becoming increasingly common, the sport of MMA has come a long way since Teixeira started fighting, but the former title challenger understands that it’s part of the evolution, whether he likes it or not.

“Honestly, I’m not stressing about the belt,” Teixeira insisted. “It’s superfights, they come up with belts when there are none in line, like the baddest motherf***er [belt]. It’s about entertaining, and I’m not against that. They see the business side of it, Dana White sees where the money is coming. Honestly, it delays a bit for us but, hey, we have to follow the evolution of the sport, and that’s how the sport is evolving these days.

“When I started fighting, the sport was more about aggressive fighters, knockouts, Wanderlei Silva-style, Chuck Liddell. To kill or get killed. That’s what I’ve done in my fights. There’s no talk, it’s about going there to kill or get killed. I’ve been knocked out, I go for it no matter who I’m fighting, but that’s not what sells today. I’m stuck with the old school, that’s when I should be fighting. That’s my time. Wanderlei, PRIDE days, Chuck Liddell, Tito Ortiz.”

Teixeira, unlike his fellow Brazilian Paulo Costa however, doesn’t have the trash talking element in him, and believes it’s too late for him to learn the art of verbal war.

“I don’t have that in me. ‘Borrachinha’ does that really well,” Teixeira said. “I think Brazilians should really do that because it draws attention. You can’t sit and complain. It’s not my thing, but also I’m 41 and I won’t change now. I’ll continue doing what I’ve always done. But if I were young… People talk crap about ‘Borrachinha’, but he’s right. He just got here, he’s in his prime, and he’s using that in his advantage. If I had his age and was just getting started in the UFC, I’d talk a lot as well.”

Was the UFC right to give the Jan Blachowicz title fight to Israel Adesanya ahead of Glover Teixeira?