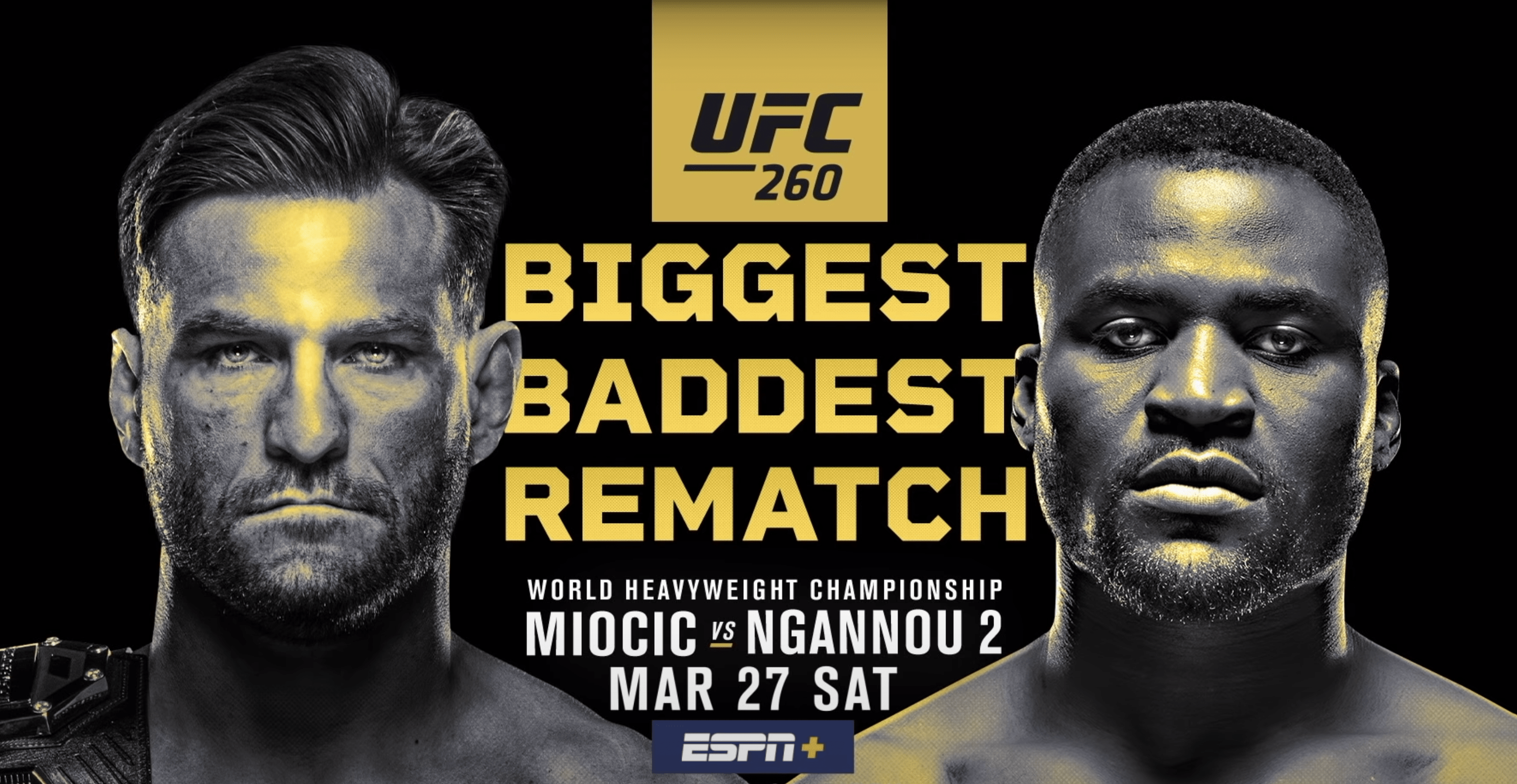 UFC 260 goes down at the APEX Center in Las Vegas on March 27th. The promotion’s second pay-per-view of the month was scheduled to feature two title fights. Stipe Miocic defends his heavyweight title against Francis Ngannou in the main evnet, and Brian Ortega was set to challenge Alex Volkanovski for the featherweight title in the co-main event.

However, Volkanovski vs Ortega has been postponed after the champion tested positive for COVID. The featherweight title will be rescheduled on a later date.

Miocic successfully defended the heavyweight title against Ngannou at UFC 220 in their first encounter, winning a one-sided unanimous decision. That was over three years ago. Since then, the current champion has only fought Daniel Cormier three times. After losing the title to ‘DC’ in their first fight, the 38 year old went on to win their following two fights.

In that same period, Ngannou has fought five different men. After losing to Derrick Lewis after his loss to Miocic, he’s finished all four of his opponents in the very first round. Most recently against Jairzinho Rozenstruik at UFC 249, where he only needed 20 seconds.

Elsewhere on the UFC 260 main card, Tyron Woodley will look to get back to winning ways against Vicente Luque in a top ten welterweight clash, and Sean O’Malley will look to rebound from the first loss of his career against Thomas Almeida.

As we get closer to fight night, we will add the best UFC 260 pre-fight videos to this page. Including the official promos, the face offs, the weigh-ins, and the Embedded Series.

Who do you think leaves the Octagon at UFC 260 as the heavyweight champion, Stipe Miocic or Francis Ngannou?